Snowboarding is a winter sport and the perfect piste pastime. You can snowboard for fun or in competition and it is the snow equivalent of surfing. You stand on your board with your feet fixed into boots perpendicular to the direction you want to go in and you use your momentum and body weight to change direction and to whizz down the hills. It’s an awesome adrenaline rush!

Snowboarding has been described as a ‘goofy pastime made good’. Any kid – or adult – who sees a fresh, snow-covered hill is going to want to slide down it and that’s basically how this extreme sport was created!

A heady mix of surfing, sledding, skiing and skateboarding, today it’s an Olympic sport with millions of devotees around the world. In fact, it’s now one of the most popular winter sports and its popularity continues to grow.

A Short History of Snowboarding 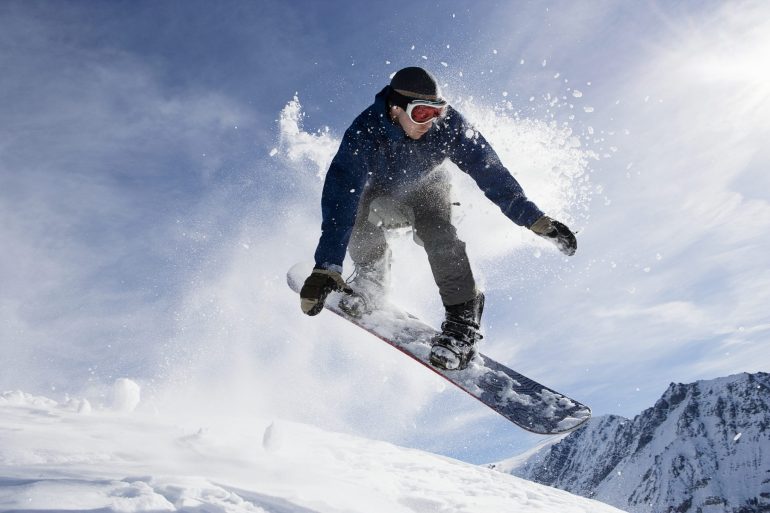 The thrill of snowboarding on a mountain top (Photo: Adie Bush via Getty Images)

Snowboarding started in the 1920s, with planks of wood from broken barrels tied to the feet of ambitious snowbound innovators, a set of horse reins as makeshift bindings and a clothesline for steering. Yet while these early innovations gave a taste of what would eventually come, the real birth of snowboarding emerged in the 1960s.

Michigan native Sherman Poppen, in an attempt to get his daughters outside on cold days, spliced two kids’ skis together and attached a length of cord for steering and balance. Within six months the Snurfer (a name coined by Mrs Poppen as an amalgamation of snow and surfer) was being mass produced. Within a decade over a million were sold, but the Snurfer was considered a kid’s toy.

The first snowboarding World Cup was held in Austria in 1985 and the International Snowboard Federation was founded in 1990 to codify the rules and regulations of national and international tournaments. It became an official sport at the Winter Olympics in 1998 and at the Winter Paralympics in 2014.

There is no single answer to the question ‘what is snowboarding’ so here, we’ll go through the key elements of snowboarding that form the core of the sport.

What is Carving on a Snowboard? 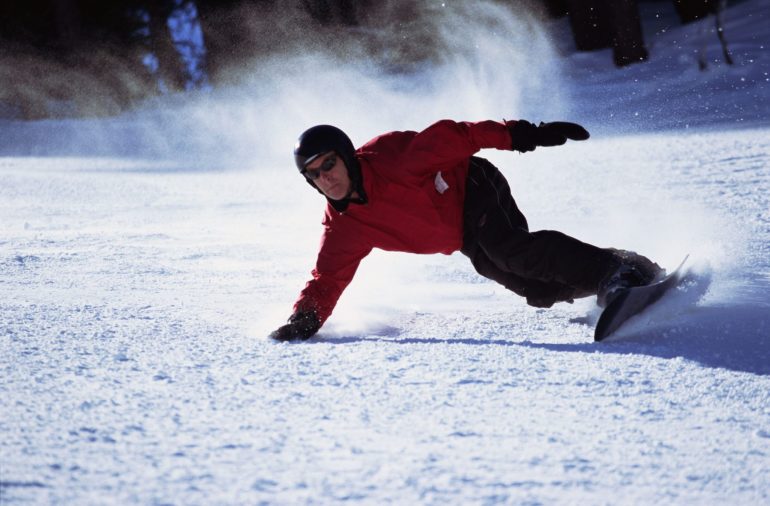 Carving has nothing to do with a Christmas turkey, so what is carving, snowboard style? Carving uses the edge of the board to cut across the piste without skidding. Carving gives you precise control and it creates pressure that can be turned into power to perform turns and spins. Carving is a skill that takes a while to get right but once you do, it’s an essential part of the snowboarding repertoire.

Another food reference, but this has nothing to do with toast, so what is buttering? Snowboard experts are top-class butterers but like carving, it’s not easy. Buttering is similar to pulling a wheelie on a BMX and it can be performed on flat ground. It’s one of the first tricks that snowboarders learn and has the added advantage of looking super-cool! In a nutshell, you pull up on one leg so there is a single point of contact between board and snow (like just riding on the back wheel of your bike) and you can then perform spins which are supposed to look effortlessly slick, like butter!

The Land of the Free…

What is freeride snowboarding? That’s a question that doesn’t have a unified answer in the snowboard community. Ask a dozen freeriders and they’ll all give you variations of the same answer but essentially, it means using the natural terrain to go where you want and do what you want outside the boundaries of a dedicated resort. It’s hardcore snowboarding in the remote back country and the aim is to ride untouched snow and landscapes that no-one has visited before.

The Different Types of Snowboard 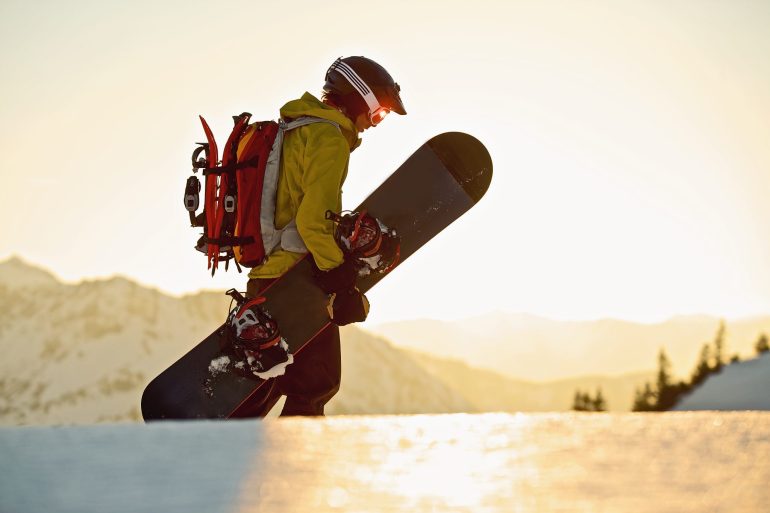 Like inline skates or BMX bikes, there are lots of different types of snowboards to choose from depending on the type of snowboarding you want to do.

This is the most popular type of snowboard and accounts for around half of all snowboards sold around the world. They are very versatile and designed to perform all over the mountain so if you’re a beginner, an all-mountain is the one for you.

Compared to the all-mountain, the freestyle board is wider, shorter and lighter with a soft flex – ultimately designed with tricks in mind. They’re easy to ride both forwards and backwards (known as a fakie) but they aren’t great for carving or for outright speed.

These boards are for people who confidently know the answer to the question ‘what is snowboarding’. They’re designed for experienced carvers who want very fast edge turns and stability at high speeds.

Most people understand the word jib to be a triangular sail on a yacht, but this is not the case in the snowboarding world. Jibbing means jumping, riding, grinding and sliding on and off objects like rails, boxes, rocks, tree stumps, indeed anything you can find!

You can, technically, jib on any type of snowboard but if this is the style you’re after, it’s worthwhile getting something made for the job, Or jib. So what is a jib snowboard? They are symmetrical boards that ride the same whichever direction you’re travelling. They have a soft flex so it’s easier to work with when you’re jumping on and off odd-shaped objects. In addition, they’re pretty small so they’re easier to control. 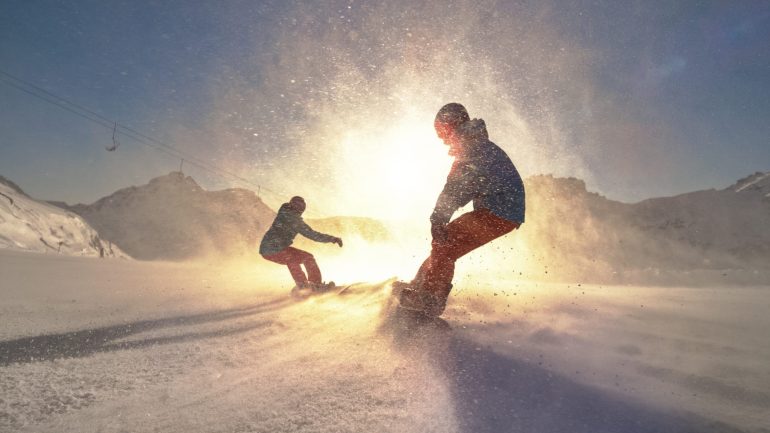 Enjoying the thrill of snowboarding at sunset (Photo: simonkr via Getty Images)

So, now you know the answers to the questions ‘what is snowboarding’, ‘what is freeride snowboarding’ and ‘what is a jib snowboard’, it might be time to head out on to the piste and try what a snowboarder in the know would call an ollie, a nollie, a frontside 180 or even a 50/50 nose press!