It's the sport that takes athletics to new heights, but what is mountain running? Read on to find out.

When traditional runners seek a new challenge, one tempting route is up. And then down again. That’s where mountain running comes in. With its varied terrains, challenges and stunning views, mountain running, also known as mountain trail running, involves running on trails or paths that wind through mountains or hilly areas. But don’t let the name fool you. Mountains and running are just the beginning.

So, what is mountain running and mountain jogging? What is a mountain marathon? Read on to get to the bottom of this fascinating sport.

What Is Mountain Running? 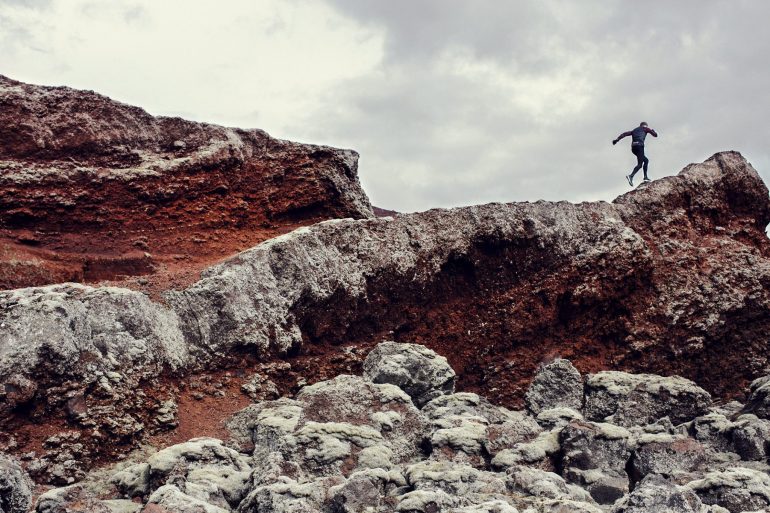 Mountain running is, as the name implies, the athletic discipline of moving quickly in mountainous terrain. Governed by the World Mountain Running Association, it’s a global sport recognized by World Athletics since 2002.

Whilst this definition may sound neatly concise, it is hampered by ambiguity. For example, there are no set criteria to define a mountain. This can lead to confusion in distinguishing what is mountain running as opposed to, say, fell running. We’ll look at the differences shortly, but for now, the main traits of mountain running are as follows:

Elevation
Mountain running is the sport of running and racing up and down steep terrain.

Terrain
As long as it includes a significant elevation, mountain running can include running on trails or rugged landscape and sometimes even roads. Races often require a certain amount of trail running and there is a subcategory known as mountain trail running.

Steady Movement
Part of what is mountain running is forward momentum. Whilst there might be some elements of climbing or light mountaineering, it generally precludes any obstacles to constant progress such as extensive rock climbing or dense greenery.

Beyond Running
Whilst running dominates and the goal is to complete routes as quickly as possible, part of mountain running is adapting to the terrain. And the range of terrain can necessitate limited amounts of walking, climbing, wading, jumping and other modes of movement. Mountain jogging is another possibility. Note that all of these are solely on foot. Vehicles are not involved and even skiing is considered outside its definition.

Distance
Mountain running courses vary greatly in terms of distance, ranging from short jaunts to long distance events. There are also different difficulty levels, with some classed as suitable for children.

Equipment
World Athletics competitions prohibit the use of any equipment, be it walking poles or compasses.

What is the History of Mountain Running? 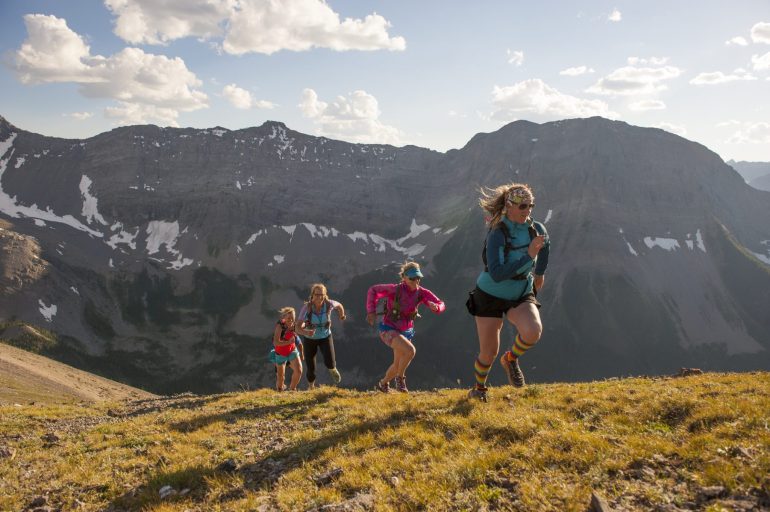 Some accounts date the origins of competitive mountain trail running to the 11th century, when Scottish King Malcolm III elected to base his choice of messenger by seeing which candidate could run up and down a mountain the fastest. The next major example, also in Scotland, was the first ever Ben Nevis Race in 1895. In the US, the earliest mountain race is believed to have been the Dipsea in 1905.

What is Mountain Running vs a Mountain Marathon? 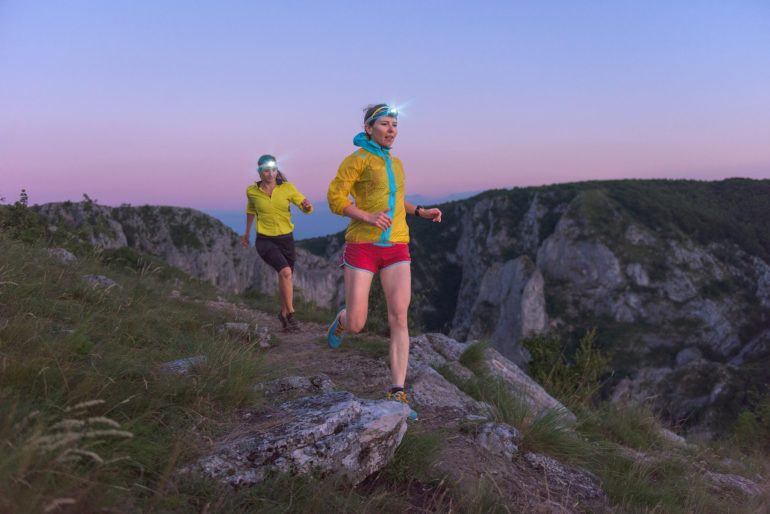 There are generally two types of mountain marathon. In the first, known as a ‘line’ course, competitors compete for the fastest time in negotiating a series of checkpoints in a set order. Whereas the ‘score’ type mountain marathon lets competitors choose which checkpoints they visit within a set time, with each one allocated a different number of points. Most points collected wins.

In contrast with mountain running, a mountain marathon:

What is Mountain Running vs Trail Running? 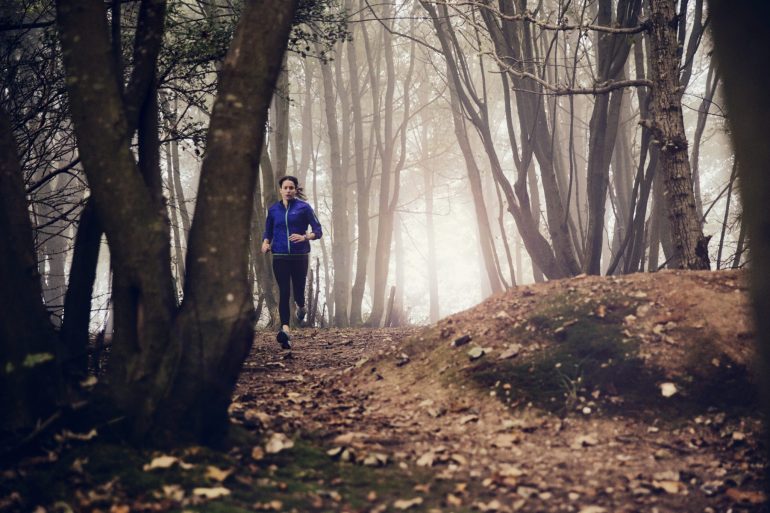 Trail running is running not on roads or paved surfaces, but on the more irregular paths and trails in natural settings.

Mountain running usually includes a lot of trail running. Indeed, some courses might be exclusively mountain trail running, but can also incorporate other genres such as on roads and fell running.

What is Mountain Running vs Fell Running? 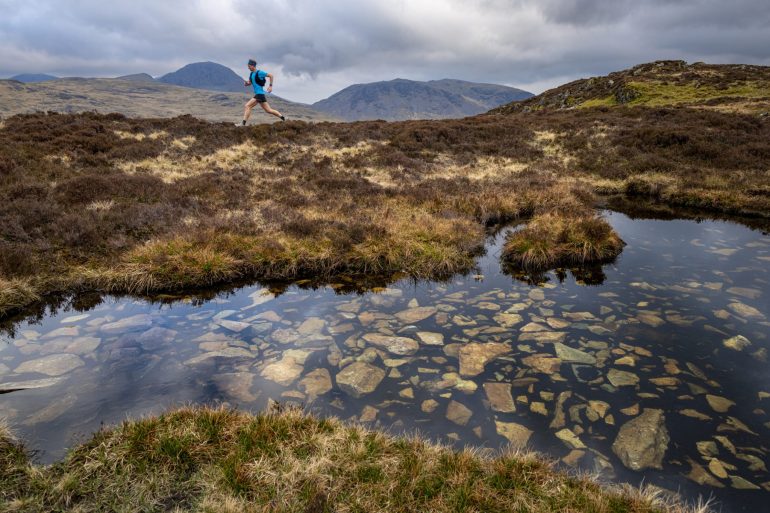 As with mountain running, fell running definitionally includes a gradient of some sort, although generally not a mountainous one.

Fell running does not generally use any trails and is more frequently done on completely unspoilt, rough terrain which can include scrambling or bog walking.

What is Mountain Running vs Skyrunning? 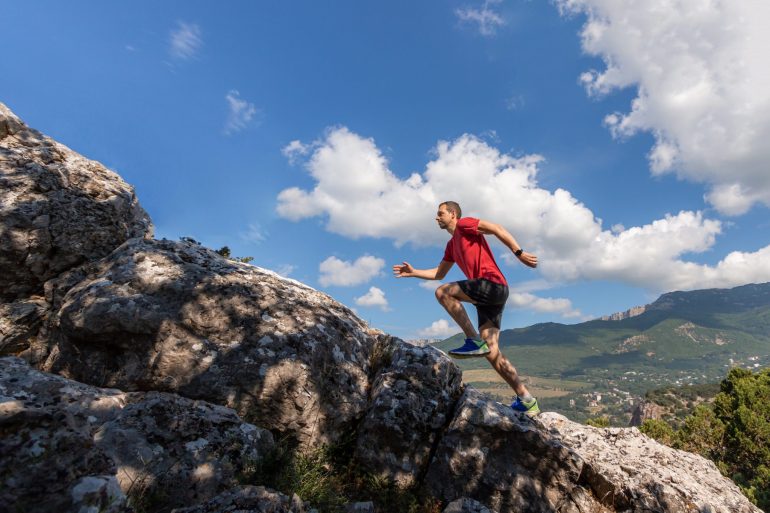 A skyrunner in action (Photo: rbkomar via Getty Images)

Skyrunning is a type of mountain running, but within very specific criteria set by its governing body, the International Skyrunning Federation, including:

A Mountain to Climb 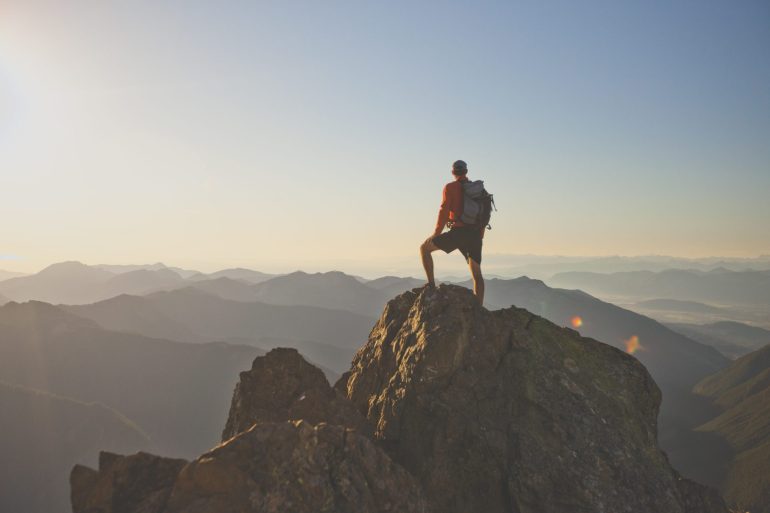 So there we have it, we’ve reached our summit. We’ve answered what is mountain running, mountain jogging and mountain trail running, comparing it to similar sports. We’ve distinguished it from mountain marathon races, fell racing and more.