Judo is a Japanese martial art that was created in 1882 by Jigoro Kano. It is a form of unarmed combat that focuses on throws and takedowns. Judo is an Olympic sport, and it is practised by millions of people around the world. So, beyond these basic facts, just what is judo?

Judo is a Japanese martial art, combat sport and form of self-defence that originated in the 19th century.

While derived from the 16th century art of jiu jitsu, judo’s approach is based on the idea of softness controlling hardness. The word “judo” literally means “gentle way” in Japanese, and the goal is to use an opponent’s own momentum and force against them.

An Olympic sport, it is said to be practised by 20 million people worldwide and its governing body is the International Judo Federation. So, what is judo? Beginning with the history of judo, we’ll look at its rules, principles and attire, as well as answering “what does judo mean”.

The History of Judo 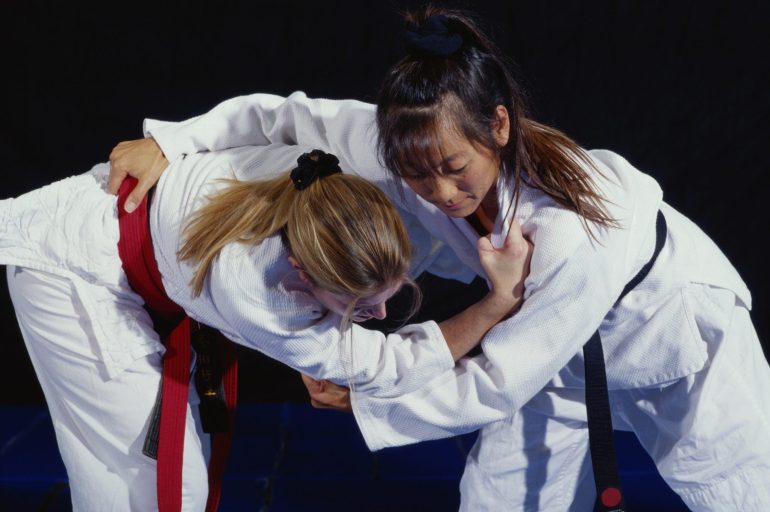 The history of judo can be traced back to 19th century Japan, where it was founded by Kanō Jigorō (1860–1938). In 1882, Kano opened the Kōdōkan School of judo. Inspired by the practices developed by the samurai and feudal warrior class over the centuries, Kanō adapted the techniques of arts such as jiu jitsu, making them more cooperative and less dangerous.

At its core, judo was intended as a way of life that emphasised principles such as maximum efficiency and minimal effort. It encourages free practice or “randori” and much of the teaching focuses on learning to fall safely.

Over time, judo spread across the world and, in 1951, it gained a governing body in the founding of the International Judo Federation. By the 1960s, there were judo associations in most countries.

The wider practice of judo brought with it changes to the martial art. Wider international participation in particular emphasised a more competitive spirit, steering it towards becoming a sport. This culminated in men’s judo becoming an olympic sport in the 1964 Tokyo Games. Women’s judo followed only in 1992.

What is the Meaning of Judo? 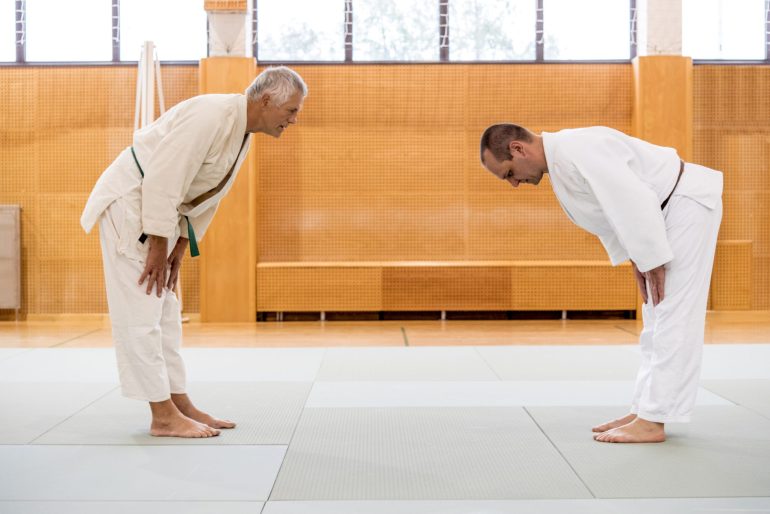 Competitors bowing down to each other (Photo: CasarsaGuru via Getty Images)

The answer to “what is the meaning of judo” can be found in the Japanese origins of the word. Judo is made up of the Japanese characters “ju” and “do”, with “ju” meaning gentle and “do” meaning way. Therefore the literal meaning of judo is the “gentle way”. Students or practitioners of judo are known as jūdōka. 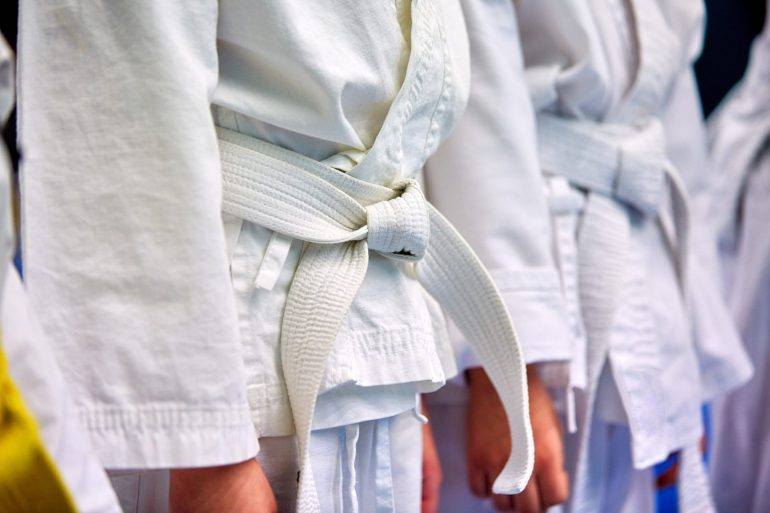 So, what is judo in practice? In essence, it is a system of unarmed combat in which two opponents attempt to subdue or master one another through a variety of throwing, grappling and pinning techniques. Rather than resisting an opponent’s force, jūdōka are taught to harness it, using it to their own advantage.

In a match, competitors grip each other’s uniform or “judogi” as they attempt to throw, pin or master their opponent. There is no kicking or punching in judo and the only equipment is the tatami, the mat on which the combat takes place.

What is Judo’s Philosophy?

This history of judo informed its central principles. Kano believed in the concepts of jita kyōei – or mutual welfare and benefit – as well as seiryoku zen’yō, meaning maximum efficiency, minimum effort. He saw judo as a way for softness to control hardness and intended it to engender confidence, calm and readiness in its pupils.

The principles of judo are incorporated into practice through various rituals. Some of the most important etiquette rules of judo include respecting your opponent, bowing before and after a match, and being humble in victory or defeat. Judo is a sport that is based on respect, and following these etiquette rules is a crucial part of participating in the sport.

What is Judo’s Uniform?

The traditional judo uniform, known as a jūdōgi, is a loose jacket and trousers made from strong white cloth. White belts are worn by beginners and black belts by masters, with intermediate grades represented by other colours. Jūdōka (judo students) practice the sport without wearing shoes.

What are the Ranks in Judo?

Asking “what is judo’s ranking system” does not invite a simple answer. Although there is a general system, it varies from country to country. In Britain, novices begin with a white belt. There are then six kyu ranks in descending numerical order. The corresponding belt colours from 6th to 1st kyu are red, yellow, orange, green, blue, and brown. The first five ranks can be achieved through training and testing, while the brown rank must be earned through competition. The ten dan grades are represented by black belts for 1st to 5th dan, red and white for 6th to 8th and red for 9th and 10th dan.

So there you have it, a quick fire guide to the history of judo as well as the answers to the questions ‘what does judo mean’ and ‘what is judo’.