Inline skating is both an awesome urban activity and a competitive sport. Believe it or not, it’s been around since the early eighteenth century, almost 150 years before the invention of roller skates! Read on to discover the answer to the question ‘what is inline skating’ as well as understanding the match-ups of inline skating vs roller skating. We’ll also give you the lowdown on what are aggressive inline skates. Buckle up, it’s gonna be a wild ride!

There are many different disciplines within inline skating, including inline speed skating, vert (short for vertical, quarter pipe and halfpipe tricks), aggressive, freestyle and slalom skating, as well as inline hockey. There’s even an innovative mix of football and inline skating called roller soccer!

Here, we’ll answer the question ‘what is inline skating’.

A Short History of Inline Skating 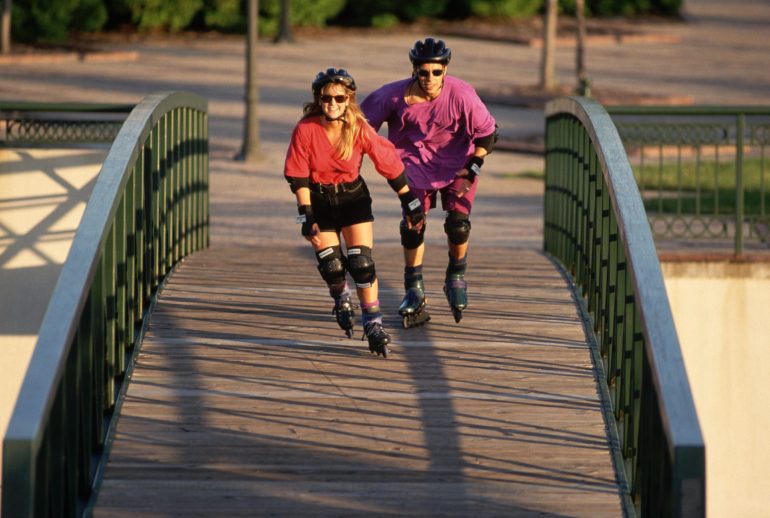 The Dutch were attaching wooden spools to strips of wood and nailing them to their shoes as far back as the 1700s. It took another century and a half for Massachusetts native James Plimpton to invent the rocker skate (what we know as the roller skate) with independent axles that allowed skaters to ‘steer’ – in fact versions of the Plimpton Skate are still in use today. Never one to shy away from a business opportunity, he also opened roller rinks in New York and Rhode Island and leased the skates to his customers, exactly the same way skate rinks do to this day.

Fast-forward to 1979 and the inline vs quad skates battle truly kicked off thanks to Minnesota ice hockey-playing brothers Scott and Brennan Olson and their friend Christopher Middlebrook. They found an old pair of inline skates in a sports shop and began to play around with the configuration of the wheels and the way the boot was made. Their new product was originally marketed to off-season ice-hockey players and Nordic skiers as a training aid. Their first corporate iteration – Ole’s Innovative Sports – soon became known by a much more famous name. It was called Rollerblade Inc. 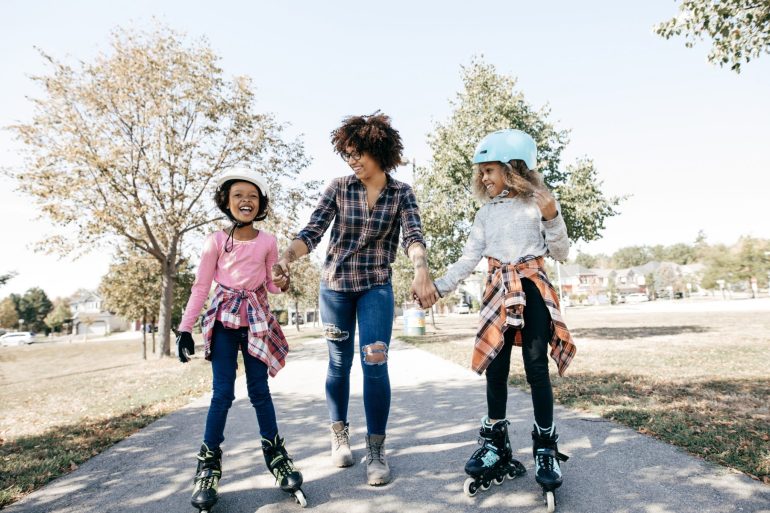 Kids learning how to rollerblade (Photo: kate_sept2004 via Getty Images)

There’s no competition. There’s only one winner. It’s inline skates. Or is it Rollerblades? In fact rollerblades are inline skates, but – like many products – Rollerblade is a brand name that has seeped into the common parlance, just like Jet Ski, the personal watercraft made by Kawasaki, Sellotape, Jacuzzi, Hoover and Frisbee, all brands that became generic names. 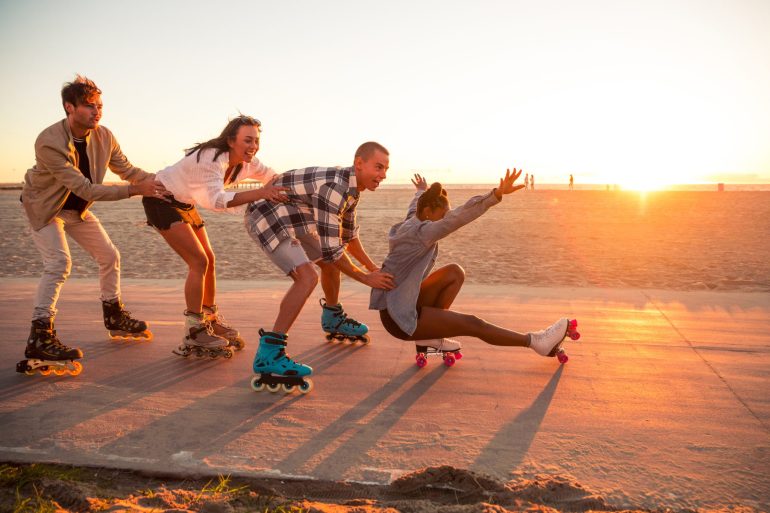 Go into any park or public space and you’ll see people on inline skates. It’s a mode of transport, it’s a fun leisure activity, it’s a gym workout and it’s a high-octane competitive sport incorporating incredible speed, death-defying tricks and stunts that will blow your socks off!

Like all wheeled sports such as BMX and skateboarding, it takes a while to get used to inline skates but once you get going, you won’t want to stop (but you can, thanks to the heel brake!). There are lots of different types of inline skates for different disciplines but one of the most common questions is ‘what are aggressive inline skates?’

There are lots of different types of inline skates to choose from depending on what you want to use them for.

Recreation skates are the most popular type of inline skates. They are pretty light with a soft, flexible boot, small wheels and a heel brake.

Speed skates are for competitive racing and have very big wheels, a low-cut boot resembling a training shoe and a cuff reinforced with carbon fibre for maximum strength but minimal weight.

One of the most distinctive features of aggressive inline skates is that they have a clear gap between the second and third wheels (known as the H-Block) which is specifically designed so that the skater can grind on metal bars. It is the skating equivalent of drifting in a sports car!

The sole of the boot is usually reinforced with hard plastic to withstand continuous and heavy landings and there’s no heel brake, similar to BMX stunt bikes that don’t have any brakes.

These inline skates are seriously tough, hard-wearing, heavy and sturdy. Some might call them aggressive…! 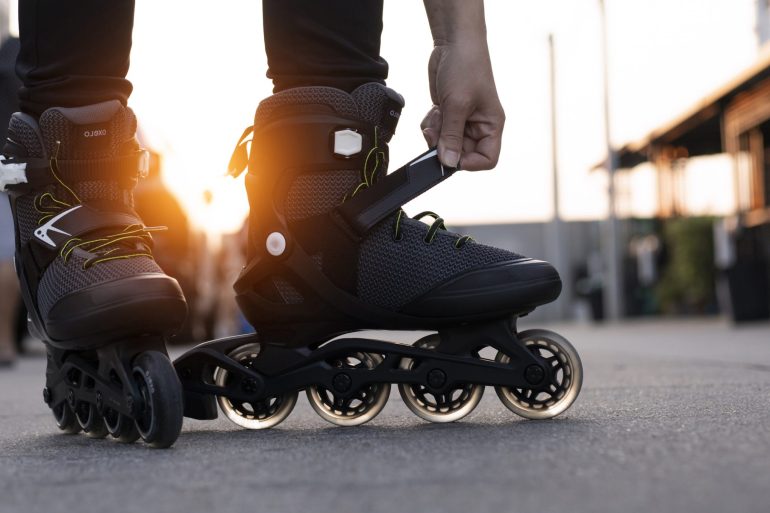 So now we’ve answered the question ‘what is inline skating’ and you know the difference between inline skating vs roller skating, it’s time to get out there and try it for size!