BMX is one of the most popular extreme sports on the planet, and if you had a bike in the early 80s, chances are it was a BMX. They were made for racing, stunts and jumps and you never sat down on your BMX unless someone was taking a photo! Read on to find out the answers to the age-old questions ‘what is a BMX bike’ and ‘what does BMX stand for’.

BMX has been described as ‘a sport created by kids, for kids’. Thanks to seminal 80s movies like ET, The Goonies and BMX Bandits, these ‘kids’ bikes soon became one of the biggest counterculture movements ever and one of the first extreme sports!

Strong, light, basic, cheap and versatile, the answer to the question ‘what is BMX’ became more than just ‘a bike’, it was – and remains to many – a way of life.

Here you’ll discover what is BMX racing and what is a BMX bike. 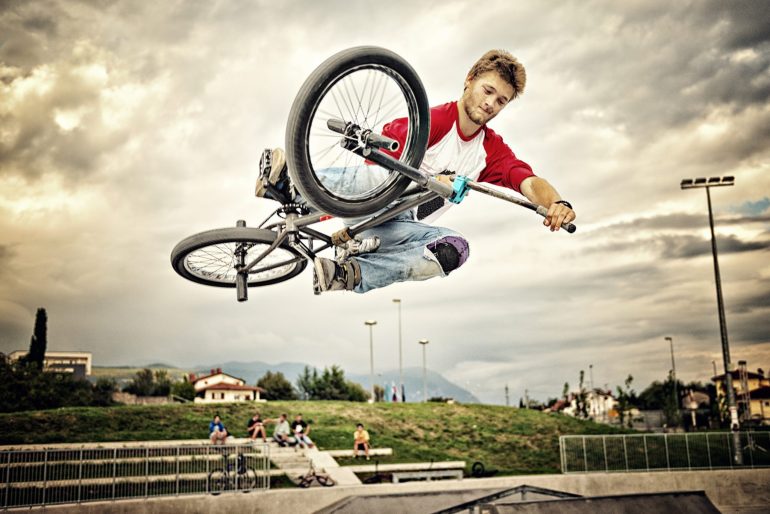 Kids were racing their bikes on dirt tracks as far back as the mid-1950s in the Netherlands, but these races seemed to have died out within the decade. The real story of BMX starts in the early 1970s in Los Angeles.

It was motocross that provided the inspiration. Motocross was a popular sport and was loved by kids and adults alike. The kids who were too young to own motorcycles needed their own adrenaline rush, so they took their bikes to the motocross tracks and gave birth to BMX. In fact, early BMX bikes were designed as a gateway into motocross but it didn’t quite work out that way…!

The most popular bike of the era was the Schwinn Sting-Ray with 20” wheels. It was easy to modify for performance and handling and the first bikes were modded for jumping, speed, as well as the all-important style. Yet it wasn’t long before the question ‘what is BMX’ had more than one answer. Racing was one thing, but the cool California cats realised that these bikes were light and manoeuvrable enough to do some seriously awesome tricks.

Soon, America’s youth were building their own bikes and the most famous of them all was Bob Haro, founder of Haro Bikes and maker of the 80s classic Haro Freestyle.

Within a few years, the BMX boom went global. The first purpose-built BMX track in the UK was in Landseer Park in Ipswich, and the top bike manufacturers were as sought after then as the latest iPhone or PlayStation is today – Kuwahara, Skyway, Diamondback, Mongoose and Raleigh.

Oh, we forgot to answer the most frequently asked question of them all – what does BMX stand for? The answer is bicycle motocross.

What is a BMX Bike? 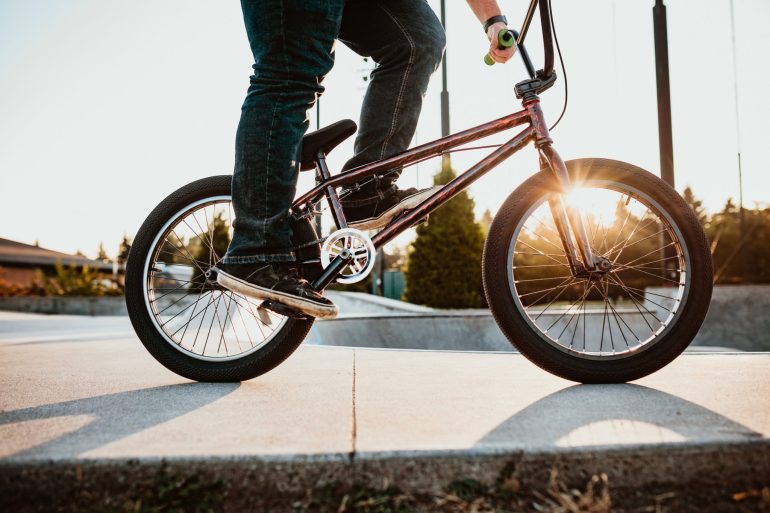 Close up of BMX bike (Photo: RyanJLane via Getty Images)

There’s no single answer to the question ‘what is a BMX bike’. It’s like asking ‘what are skis’. There are all sorts of skis for all sorts of disciplines such as downhill racing, slalom, cross-country, powder and touring skis – and BMX bikes are the same.

Generally speaking though, a BMX bike is a strong, sturdy, lightweight bike designed to withstand plenty of heavy landings, tough off-road terrain and all types of weather. In the formative years of the sport they were basic frames with simple parts that were easy to build, modify, fix and replace, and very little has changed in half a century.

The standard wheel diameter remains 20” and the low seat and frame makes them easy to control both when doing stunts and when racing round tracks with jumps and berms (raised or curved banks).

BMX riders need their bikes to be as light as possible and, depending on the discipline, there are slight differences –

Racing BMXs have longer frames, incredibly lightweight parts, more tread on the tyres for control and a higher gear ratio so they can maintain very high speeds.

Dirt jumpers need to withstand serious jumps and landings so the frames are generally thicker and the tyres are heavy with tread for increased traction.

Street bikes are as light as possible for maximum manoeuvrability with front and rear pegs and – often – no brakes, both for the aesthetic look and the fact that they are for tricks and stunts so they don’t need any.

What is BMX Racing? 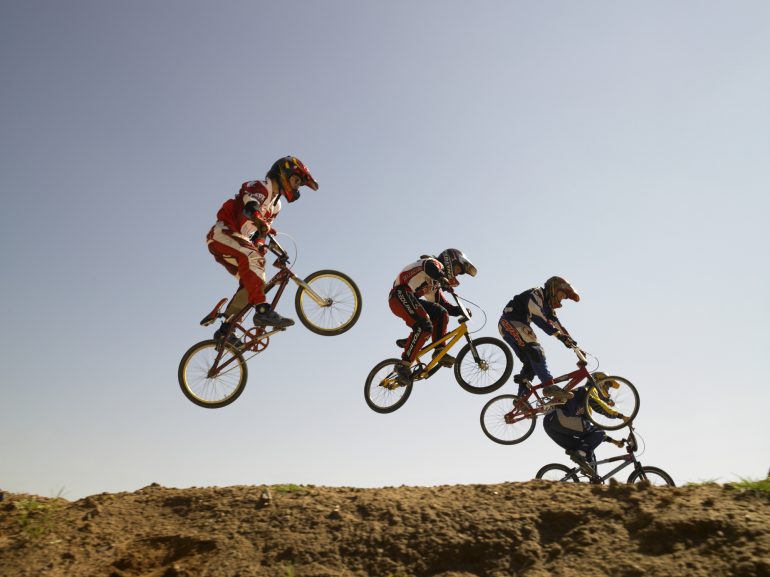 The history of BMX racing is largely the history of BMX itself. The first races took place in Southern California in the early 1970s with kids imitating their motocross heroes. Little did they know they were creating a sport that has gone on to be one of the most popular in the world. It was originally known as Pedal-cross but eventually settled on bicycle motocross.

LIke all extreme sports, it took a while to get organised but eventually it came under the auspices of cycling’s global governing body, the UCI (Union Cycliste Internationale).

A typical track is between 350 and 400 metres in length. The start ramp should be around 10 metres wide, the first straight around the same and then the track will usually narrow to around five metres wide. LIke Formula 1 tracks, each one has a different configuration and layout but will contain a number of similar features such as –

Starting Hill – providing the speed and momentum for the riders

Rollers – small bumps in the track

Helmets are compulsory in all forms of BMX racing, as are gloves and it is recommended that knee and elbow pads are worn to provide protection and to limit the possibility of injury. 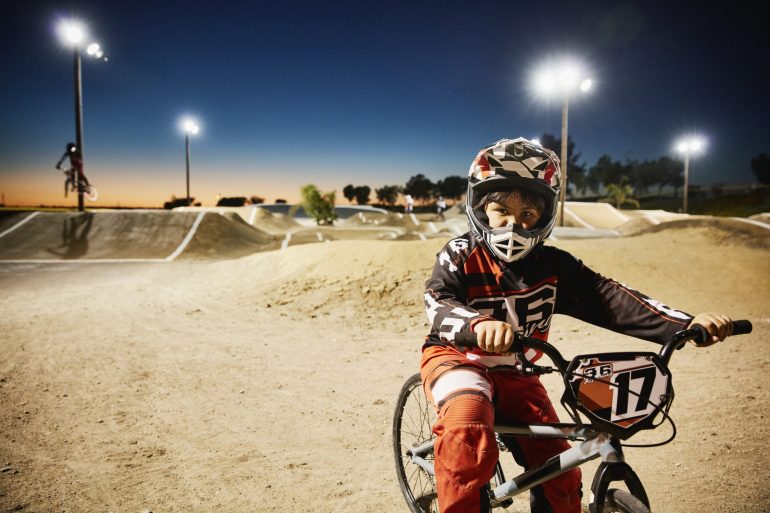 Young BMX racer on the track before a race (Photo: Thomas Barwick via Getty Images )

So now you know the answer to the questions ‘what is BMX’ and ‘what is BMX racing’, you can find your nearest track and go and see what the fuss is all about! It’s explosive, non-stop exciting action and you may fancy having a go!