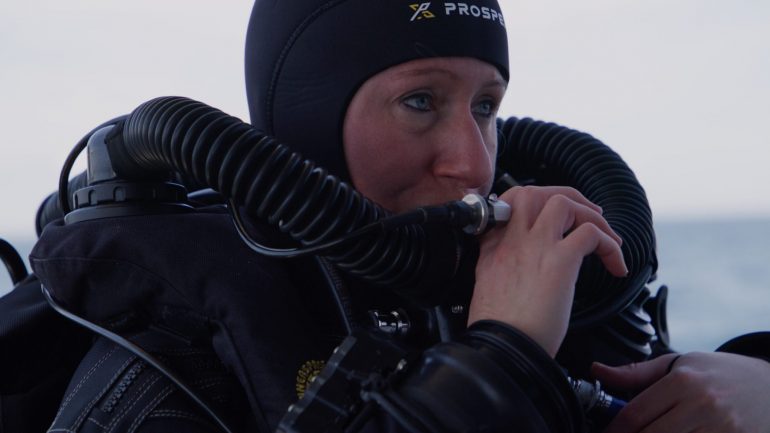 After getting her scuba certification at twelve years old, Becky fell in love with the underwater world and knew diving would be part of her life forever. She started taking images to educate and inspire others about the unique places she visited underwater.

Since then, Becky has spent 26 years diving all over the world — beneath Arctic icebergs to cageless with great white sharks. No matter where she’s diving, her goal is to tell powerful stories along with striking imagery that tap into our emotions.

Some of Becky’s favourite locations, full of mystery and suspense, are shipwrecks and caves. She wears hundreds of pounds of equipment deep into these environments to capture the perfect shot. The challenge puts her life at risk in the face of possible equipment failures, decompression sickness, strong currents and changing conditions.

In a setting where every breath of air counts, the Seiko Prospex is a lifeline that helps Becky keep track of progress and see her back to the surface safely. 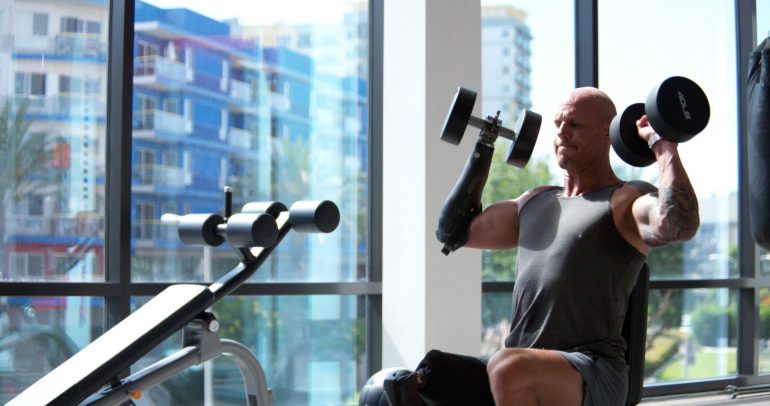 It was a chance encounter with a 9ft bull shark in February 2009 that left elite navy diver Paul de Gelder at death’s door — and on a new life path.

A phrase he learnt during his basic training with the Australian army — Improvise, Adapt, Overcome — became his personal mantra in his battle for survival and recovery.

From his physical healing, to learning to live with prosthetic limbs, and returning to the open water as a navy diving instructor, Paul has come further than he ever imagined as an adventurer, motivational speaker and TV personality.

But his love of the ocean still runs deep.

A passionate advocate of marine conservation, he’s host to 18 episodes of Discovery Channel’s Shark Week that saw him diving amongst a variety of species — including his old nemesis, the bull shark.

Paul knows the beauty of life is its potential to surprise, and the best equipment can give you a fighting chance.

The Seiko Prospex is the diver’s watch he counts on as he navigates life’s new adventures. 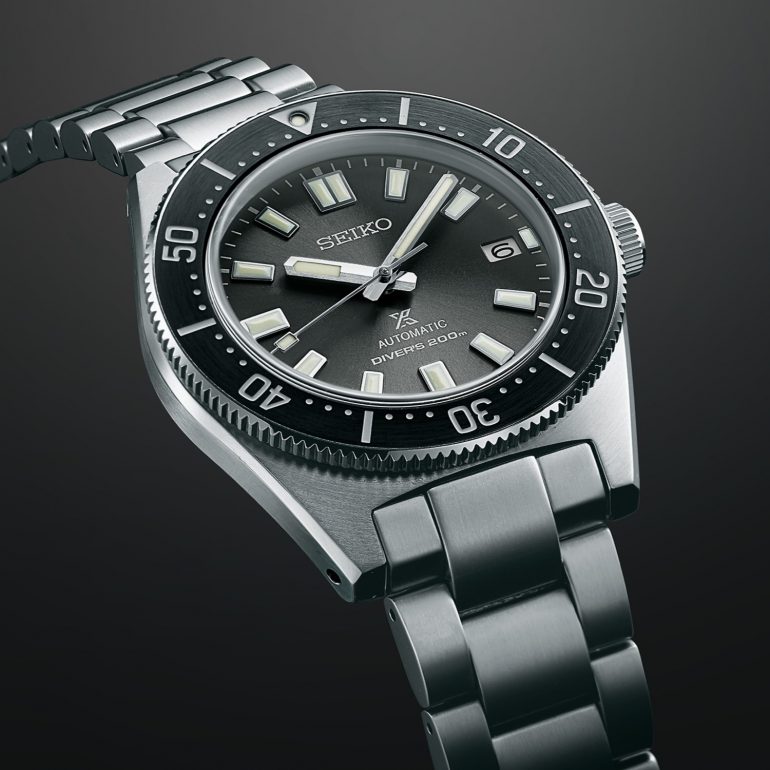 The Seiko Prospex SPB143J1 is water resistant to 200 meters with high visibility and with a power reserve of approximately 70 hours. The timepiece is a modern re-interpretation of Japan’s first diver’s watch first made in 1965 – refined to a compact form while retaining the elegance and spirit of the original model. Discover more about the Seiko Prospex SPB143J1 in the United Kindom, Australia and the United States.