What are Footballs Made Of?

Football is the most popular sport on Earth. There are over a quarter of a billion registered players, and this doesn’t include the untold millions who play in the park or indeed any available space for fun every day. Tens of millions of footballs are sold every year, which makes it a serious business worth a fortune, but how are footballs made? Read on to find out.

The first footballs weren’t actually footballs. They were animal bladders or stomachs, that were inflated like balloons.

However, as you might imagine, they weren’t very reliable and would easily split. In the nineteenth century, chemist and engineer Charles Goodyear invented vulcanised rubber, which was stretchy and very hard-wearing.

It revolutionised how footballs are manufactured.

How are Footballs Manufactured? 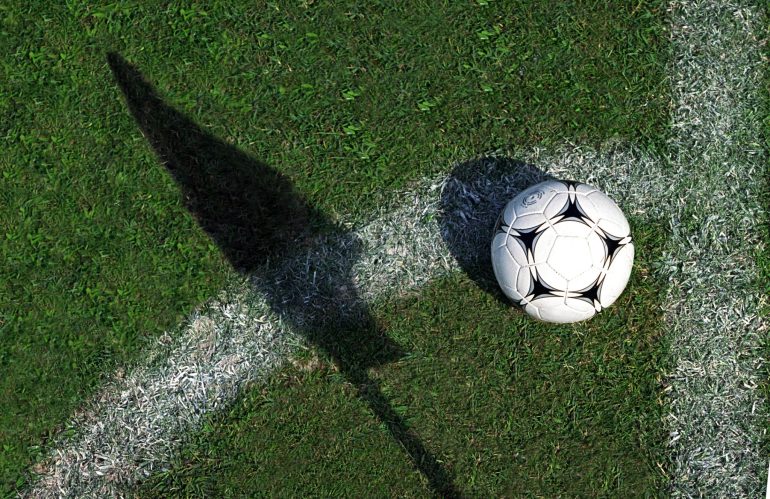 Football on grass by pitch marking and shadow of flag. (Photo: Photo and Co via Getty Images)

In the early years, stitched leather panels were pulled over a rubber bladder and tied with string, which made the balls durable and bouncier. While this proved a perfectly viable approach at the time, the tanned leather panels often stretched out of shape and the balls got waterlogged and became very heavy. Over time therefore, the process of how footballs were made dramatically changed and improved.

The Birth of the Synthetic Football 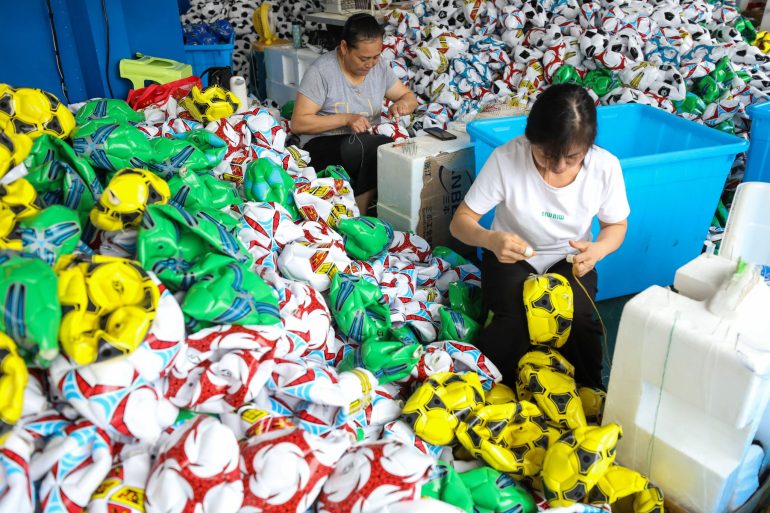 In the 1960s, what footballs were made of changed. Synthetic leather was introduced, which allowed the manufacturers to more accurately control how the balls were made.

The standard structure was 32 panels – 12 pentagons and 20 hexagons – which created an almost perfect sphere with very few surface irregularities. They were also coated with a type of very thin plastic called polyurethane, to make them waterproof.

Fully synthetic balls replaced polyurethane-coated leather in the 1980s and didn’t just redefine how footballs are made, it changed the actual way the game was played.

Modern footballs became rounder and more accurate, and allowed for harder strikes and more goals. Would Lionel Messi or Cristiano Ronaldo have scored as many goals with the old-style hand-stitched heavy leather balls? Unlikely! 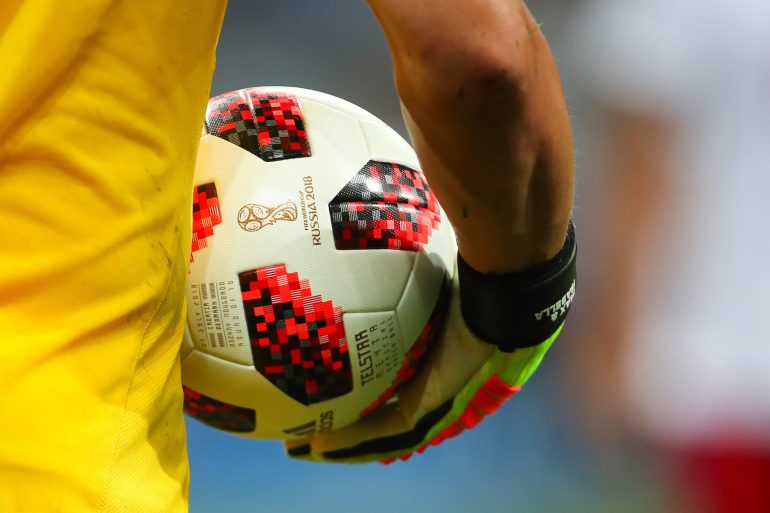 The answer to the question ‘how are footballs manufactured’ has changed a lot over the years. Thermal bonding is a relatively new method for making footballs and is far less labour intensive than stitching, whether by hand or machine.

The technique of thermobonding involves sticking the panels of a football together with heat and glue. Each panel is arranged in a mould and the edges are glued together. Then, the mould is heated and pressurised to seal the panels together and the end result is what the manufacturers hope is a perfectly round football.

The first thermally-bonded football was used at the 2004 Euro Championships which was won by Greece.

Many other additional advancements have been made due to the introduction of thermal bonding, including the design and number of panels used. The first coloured ball to be used in a World Cup tournament was in 1998 in France and in 2006 in Germany, the official ball used just 14 panels. The ball used for the 2010 World Cup was thermally-bonded using only eight panels. In 2014 and 2018 the number of panels was reduced even further, this time to six. 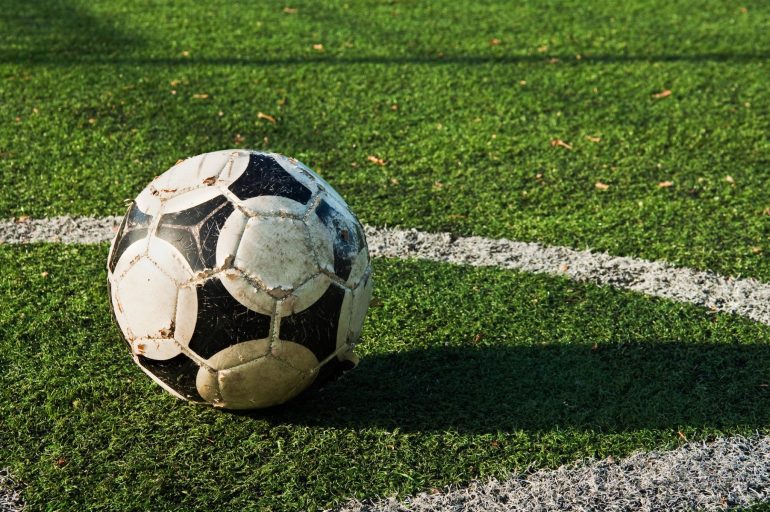 Close up of a ball on a football pitch (Photo: Image Source via Getty Images)

Even with the advent of modern technology, footballs used in professional leagues and in tournaments – such as the World Cup – must still conform to a certain size and weight, as stated in Law 2 of the rules of Association Football. The question of how footballs are made is then a very precise process.

Footballs of the Future 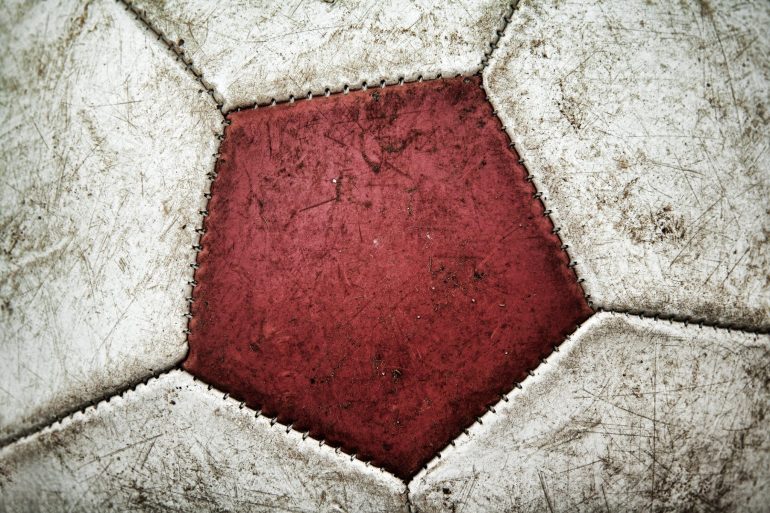 What materials is a football made out of? In the early years of the game the answer was leather and rubber. Yet today, the answer is much more complex. We have come a very long way from kicking an animal bladder around a muddy field.

Among other innovations, today’s footballs are put through their paces in none other than NASA wind tunnels, to test for aerodynamics and flight path. There are even suggestions that in the future we could see ‘smartballs’, with microchips to alert the referee if the ball loses pressure or becomes misshapen during a game.

They may even get rounder, if that’s even possible!