Synthetic rubber is a man-made rubber designed to have very specific properties and characteristics. It's synthesised from the by-products of the manufacture of petroleum. Synthetic rubber can be used in a wide range of applications, from garden hoses to golf balls, and if you’ve ever wondered how synthetic rubber is made, then read on to find out more.

Synthetic rubber accounts for over half the global supply of rubber. The market for synthetic rubber is worth tens of billions of pounds and is expected to grow substantially over the next decade.

Synthetic rubber has three main advantages over natural rubber. Firstly, it can withstand much higher temperatures than natural rubber, which has a melting point of around 180 degrees centigrade. Secondly, it’s far more resistant to oxidising agents, meaning products like car tyres last longer and are more stable. Thirdly, it can also stretch and return to its original size without any deformation.

Wetsuits, toys, insulation, conveyor belts, window seals, hot water bottles, wellies, elastic bands, erasers, even bowling balls. All made from different forms of synthetic rubber. There are hundreds – if not thousands – of other products made from this incredible material, but how do they make synthetic rubber in a factory? Let’s find out.

A Short History of Synthetic Rubber

With the development of the motor car in the 1890s came a huge increase in the demand for rubber. In 1909, German organic chemist Fritz Hofmann successfully polymerised isoprene – the first synthetic rubber. Neoprene (also known as polychloroprene) was created in 1931 and today it’s the primary material used to make wetsuits.

During World War II, production of synthetic rubber gathered pace as the vast majority of natural rubber came from the Asian countries under Japan’s control.

Today, the process of how synthetic rubber is manufactured is a computerised and very closely monitored operation.

Let’s spring into action and answer the question ‘how is synthetic rubber produced?’

How is Synthetic Rubber Manufactured? 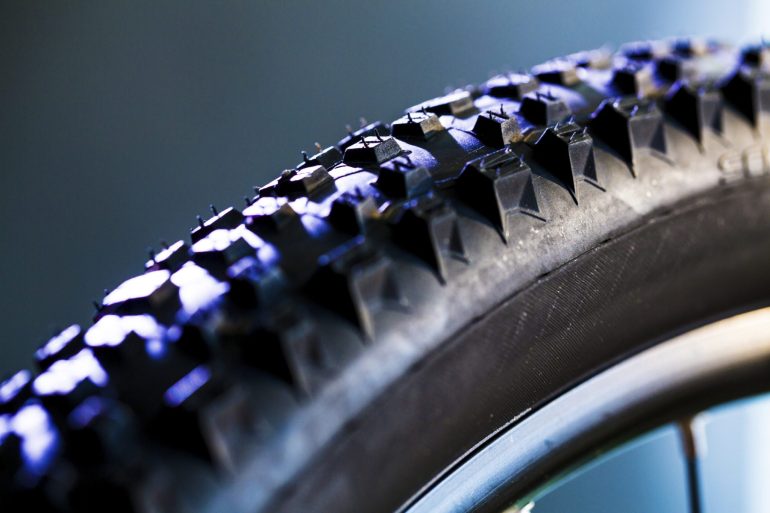 When it comes to the raw materials used in the production of synthetic rubber, they will include a petroleum-based liquid called butadiene and a solvent called hexane. These are known as polymers.

As the first step in any synthetic rubber production process, any residual water is boiled off from these polymers to purify them. Once this has been completed to the required standards, the next process on the journey of how synthetic rubber is made is all about the chemistry.

A catalyst is added to the purified butadiene and hexane and this triggers a chemical reaction. The mixture becomes polybutadiene – or a polymer chain – which is a synthetic rubber used to make tyres for cars, motorcycles and bicycles. A second catalyst added at a very specific time stops the chemical reaction and the tank is now full of synthetic rubber in liquid form.

The next stage in the process is to pump additives into the liquid which tailors the rubber for a specific use. In this example, the rubber will be used to make tyres. These additives increase traction and make the final product more durable. The rubber and additives are whisked and then the concoction is piped into insulated storage tanks. Inside the tanks, the liquid is constantly mixed to ensure the heavier additives don’t settle on the bottom of the tank.

The liquid rubber, a solvent and water is piped into a coagulation unit – like a giant kettle – and as the solvent is boiled, the rubber coagulates into small pieces about the size of ball bearings. The water remains because it has a higher boiling point than the solvent. The small rubber pieces – known as crumb – and water bounce around until it’s time for the mixture to be pumped into a rotary sieve to drain off the water. Cold water is then added to cool the crumb, at which point it gets passed over a conveyor belt which drains off the water. The synthetic rubber now has the consistency of dry snow.

A sample is taken for analysis of the microstructure and if it passes, the next stage in the process of how synthetic rubber is made can proceed.

Rather like making olive oil, a screw mechanism pushes a metal plate against the rubber crumb to squeeze out the remaining moisture. Next, the synthetic rubber is sent up a vibrating, upward-rotating spiral conveyor where hot air is blown to dry it out. It’s now dry but sticky, so it’s thrown down a chute into a baler that compresses the rubber into huge solid blocks. From there, they are inspected by a technician for any imperfections.

Once passed, the blocks travel through a curtain of plastic film and are heat-sealed. From start to finish, the entire process takes around six hours and the rubber we have described will be made into car, motorbike and bicycle tyres. This is the final step in the process when looking at the question ‘how is synthetic rubber made’.