How Paper Is Made

If you’ve ever contemplated a blank sheet and wondered “how do they make paper?” or “how is paper made from trees?” this is the article for you. We’ve got all the details on how paper is made, so you really can see the wood from the trees.

Paper is a thin and versatile sheet material with many uses, including printing, packaging, decorating, writing and cleaning.

Before we answer questions like “how do they make paper?”, let’s look at how it all began.

How Paper is Made from Wood: A History 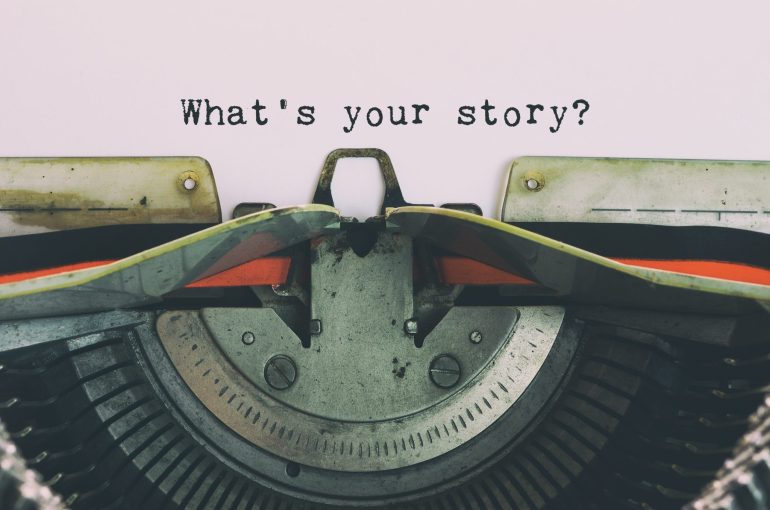 The story of how paper is made is believed to have originated in China around the 2nd century BC. Early papermaking likely began with the use of silk rags, which were soaked in water and then pounded into a pulp. This pulp was then placed on a screen to dry, forming a thin sheet of paper. By the 8th century AD, papermaking had spread to Japan, where it became an important part of culture and trade. In Europe, papermaking techniques were introduced in the 13th century.

Historically, paper was made by hand, one sheet at a time. In 1799 Frenchman Louis-Nicolas Robert invented the first machine that could produce it as continuous rolls. In 1806, British papermakers Henry and Sealy Fourdrinier patented an improved version of Robert’s machine. Known as the Fourdrinier Machine, this marked the beginning of the industrialisation of paper production and remains the basis for modern papermaking.

So, how do they make paper today?

How is Paper Produced Globally? 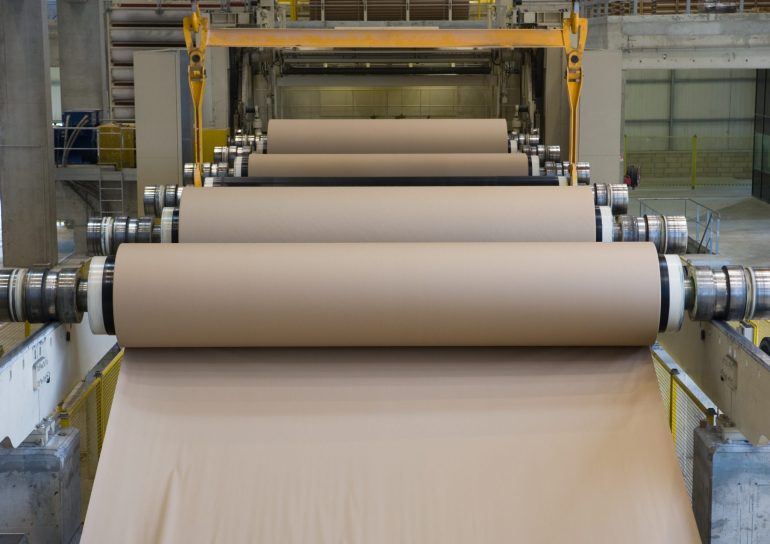 How paper is made is big business. Even in an ever more digitised world, some 400 million metric tons of paper and cardboard are made globally each year. Most of this is packaging for the online shopping industry. China currently leads the charge in terms of papermaking. Indeed in 2020, it made twice as much as the second largest manufacturer – the US.

On the practical side, how paper is made from wood mirrors this grand scale. Modern papermaking machines can be vast constructs. In one plant of a leading producer, the apparatus stretches longer than a football pitch and looms as high as a three-storey building. So how is paper produced in these enormous plants?

How is Paper Made from Trees? 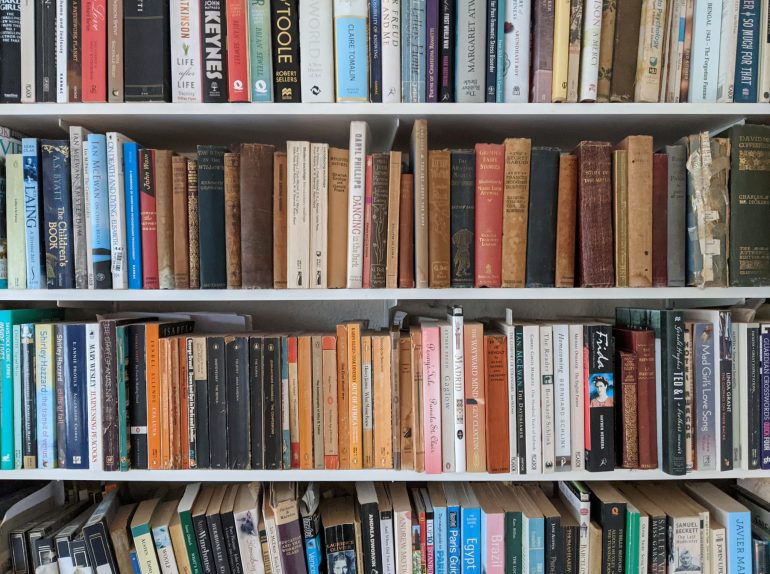 How paper is made from wood begins with choosing which trees to use. Softwoods, with their strong and elastic fibres are best. Of these, spruce and pine are most common, while acacia and eucalyptus trees are also used.

The trees are cut down, turned into logs and tumbled in large rotating drums to remove their bark, which cannot be used in papermaking.
Industrial automated pulp grinders then use as much as 10,000-horsepower to chip the wood into small pieces. For context, a mid-sized family car usually has no more than 200 horsepower.

How is Paper Produced? Pulp Is Paper

Pulping is a vital part of how paper is made from wood. The fibres in the wood chip, turned into pulp, are the main building block of paper. There are two types of pulping processes, namely ‘chemical pulping’ and ‘mechanical pulping’. Chemical pulping is used to produce higher quality paper, with more expensive production cost than that of mechanical pulping.

One of the main hurdles in the process of how paper is made from wood is lignin. This pesky polymer in the wood is the glue that binds the fibres together. So, how is paper made from trees via chemical pulping? By ridding the wood chips of lignin, specifically breaking it down in a “cooking” process so the fibres can separate.

The wood chips are fed into a large boiler, known as a digester, where chemicals – including caustic soda, sodium hydroxide, sodium sulphide and water – are added. The sodium hydroxide dissolves the lignin, leaving behind the fibres. These are then filtered through a screen and cleaned. And the end product is pulp. Modern digesters can make around 600 tons of pulp a day.

As a quick note, the lignin has a role to play too, as it’s usually used as fuel for the whole process.

he pulp is whitened using mostly oxygen bleaching techniques. Bleaching the pulp is important in the eventual colour of the paper, and also to further remove dark lignin. It’s then placed in a pulp dryer to remove some of the moisture.

Mechanical Pulping is cheaper than the chemical route, and produces higher yields. Some estimate that mechanical pulping turns up to 95% of the wood to pulp, compared with around 50% in chemical pulping.

In terms of “how is paper produced” mechanical pulping does not remove the lignin from the pulp. Instead, it scrapes or grinds the wood chip – usually against a rotating grinding stone exerting 14 kilograms of pressure per square centimetre – against the stone face. This separates the wood fibres. Like in chemical pulping, the mechanical pulp is filtered and cleaned.

However, the retention of lignin causes problems. Paper from mechanically made pulp is weaker, more brittle and more likely to yellow over time than its chemical counterpart.

Whether made mechanically or chemically, dried pulp is most expediently transported in sheet form. The sheets are made using a cylindrical vacuum filter, before a hydraulic press removes approximately half of their internal moisture.

How is Paper Produced At Papermaking Plants? 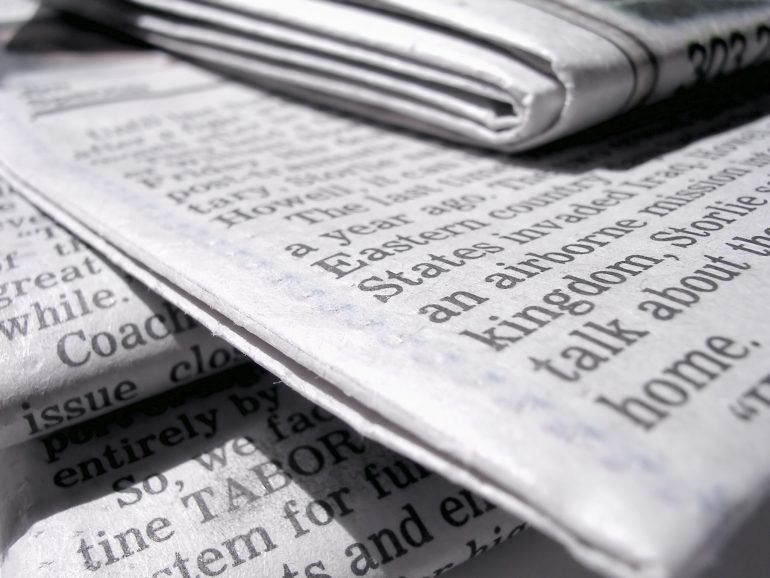 How do they make paper on an industrial scale? There are between five and seven steps in the procedure at the plant:

The forming section is a woven-plastic wire mesh conveyer belt, up to 35 metres in length, that moves continuously at between 13 and 57 metres per hour. The pulp enters this section as a white, cloudy liquid. First the mesh evenly distributes the fibres while water drains through its gaps. About halfway through this section, several vacuums kick in to suck more moisture from the pulp, resulting in a thin, damp sheet of fibre mat. This is ostensibly very weak, moist paper.

The process of how paper is made continues in the pressing section. Travelling on synthetic fibres, the “paper” is squeezed using a series of high-pressure rollers, removing more moisture. However, there is still more drying to do.

How do they make paper totally dry? By passing it through a succession of stainless-steel cylinders. These are steam heated up to 100 degrees Celsius and reduce the moisture levels in the fibres to about 4 to 6%.

How do they make paper smooth? Calendering, Reeling & Rolling

Exerting a pressure of around 90 kilograms a centimetre, steel calender rolls now smooth the surface of the paper. The reel section is where paper is put onto individual spools for further processing, such as coating. Finally, the paper sheet is wound into large rolls ready to be shipped.

How do they Make Paper with Different Characteristics? 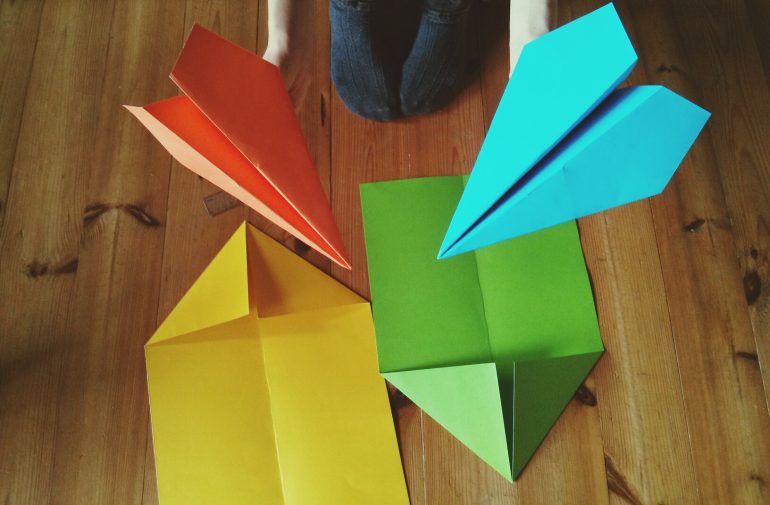 An optional aspect of how paper is made is that the characteristics of paper can be enhanced using processes called sizing and coating. Chemicals such as resins, glue and starch can be applied in the size press to improve anything from water resistance to surface bond strength.

Coating paper is a process of adding a layer of pigments and binders onto it. This can improve anything from the paper’s colour absorption and opacity, to its smoothness and lightness. Most coated papers have a matte, semi matte or glossy finish.