How Matches Are Made

Humans have been making fires for at least 40,000 years, but the invention of matches transformed the process from long and laboured to a simple swipe. So, how do you make matches? Read on to discover how match sticks are made and boxed in this guide to how matches are manufactured.

Before looking into how match sticks are made, it’s worth highlighting their historic significance. Prior to the invention of matches, making fire was a matter of rubbing flint and steel. The process was long and labour intensive. In fact, people often kept live coals so as to avoid having to do this.

How matches are manufactured today is the result of centuries of experimentation, trial and error. While the Chinese invented sulphur matches as early as the fifth century AD, they were relatively unknown. The 18th and early 19th centuries saw many attempts to make fire ignition easier, but it wasn’t until 1805 that Frenchman Jean Chancel is credited with inventing the match. This would be developed over the coming decades and, by the 1830s, phosphorus matches were widely used. However, these were highly toxic and massively overhauled in the early 20th century.

So, how are matches made today?

How Do You Make Matches Ignite? How Matches Make Fire

To understand how matches are manufactured, let’s look first at how they work. As a basic equation, fuel plus heat plus oxygen makes fire. How match sticks are made uses a combination of chemicals and friction to achieve this. The main interaction is that of sulphur, white phosphorus – known as the igniting agent – and potassium chlorate, which is the oxidising agent.

The striking strips on the side of a box of safety matches contain a powdery chemical called red phosphorus, an abrasive material such as powdered glass, a neutraliser, carbon black, and a binder such as gelatin. The head of a matchstick is coated with, amongst other things, sulphur, wax and potassium chlorate. Silica acts as a combustion controlling agent.

The powdered glass is there to create friction, and it is the friction from swiping the match along the strip which creates heat. Yet, this is not enough heat to form a flame, but enough to break down red phosphorus into white phosphorus. And also enough to trigger the potassium chlorate into emitting oxygen. When the white phosphorus interacts with this oxygen it generates the heat necessary for fire. Now there’s oxygen and heat, all that’s required is fuel, provided by the wax and sulphur on the matchstick head.

How are Matches Made in Factories? 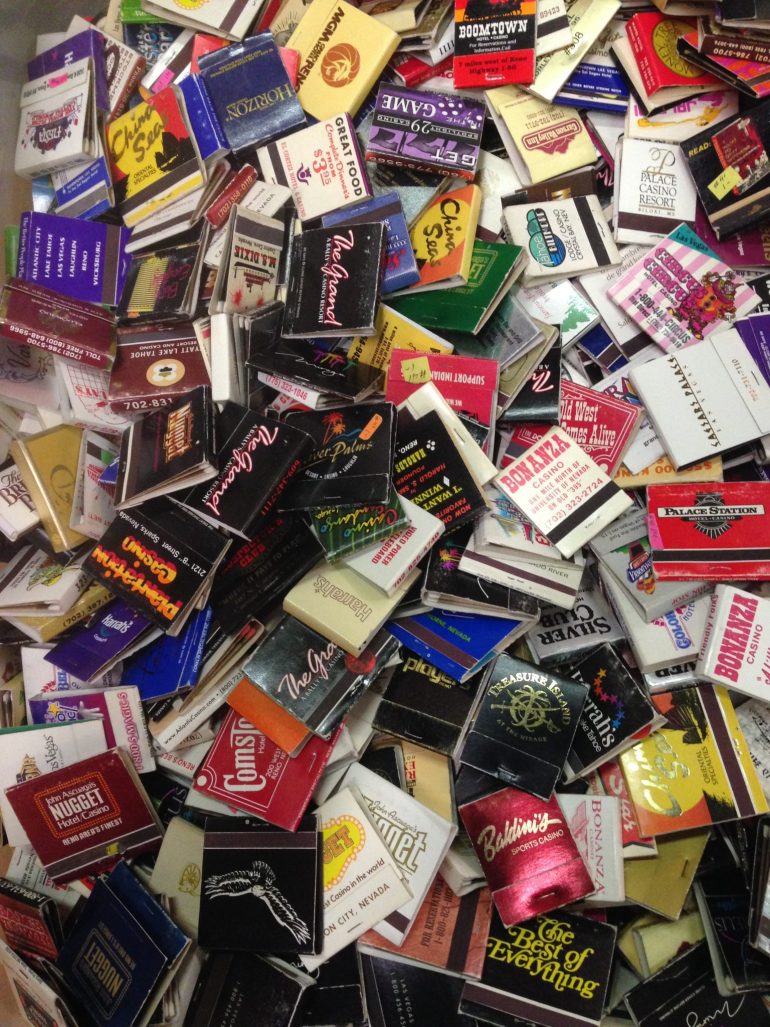 So that’s how they work, but how do you make matches? How matches are manufactured today is highly automated. Materials may be added manually and workers perform checks along the way, but the rest is mechanised.

Beginning with the process of how match sticks are made, the splints that are to form the base of these usually arrive at the manufacturer in large bags. Made of wood such as aspen or poplar, these were lathe-cut into sheets before a chopping machine formed them into thin cuboids. At the match factory, these splints are sieved over perforated plates, thus removing any undersized pieces as well as other waste.

Until now, the splints would be loose, but now they’re slotted into the holes in moving perforated aluminium plates known as match bars. Conveyed in this grid formation, they are soaked in a bath of ammonium phosphate and then in melted paraffin, being dried after each coating. The next step in how match sticks are made is to add the heads to the splints by dipping their tips into a liquid compound.

To make the match head compound, an industrial blender is used to mix gelatin capsules, hot water and potassium chlorate powder. Silica granules are added into the mix before the sides of the blender are rinsed and the compound mixture is allowed to reduce over the course of around 40 minutes. Several other ingredients are then added, including the distinctive red colouring. To keep its liquid form, the compound will continue to be mixed throughout the production process.

Batch by batch, the sticks are lowered into the liquid for around 5 seconds before being removed and air dried for around an hour.

How Matches Are Manufactured: Boxing and Packaging 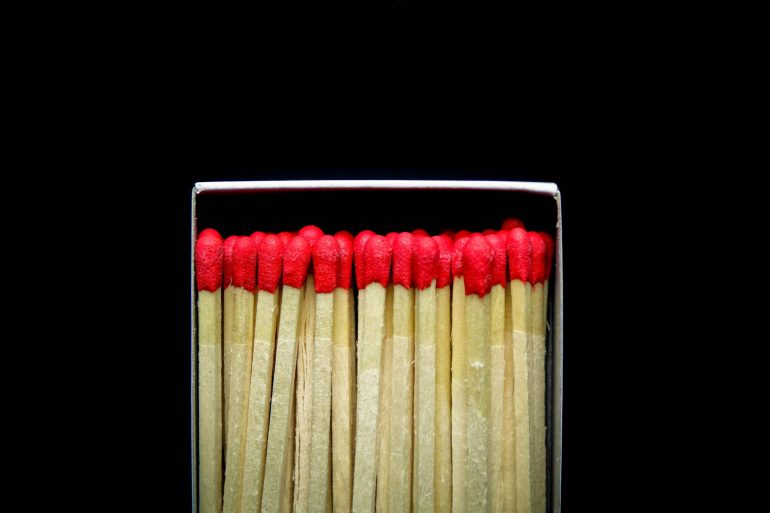 Meanwhile, the inner and outer linings of matchboxes are produced in tandem. Machines cut, form and glue cardboard strips for both liners. For the outer liner, chemicals are industrially mixed with adhesive and applied by way of a continuous roller.

The linings are run through rollers and sorters, eventually arranged into parallel neat rows on the filling machine. The dry matches are weighed and dropped into the inner liners as they pass on a conveyor belt. The inner and outer liner meet when their conveyor belts converge, pausing for just enough time to slot one into the other. The completed matchboxes can then be boxed and shipped.

How Do You Make Matches that Strike Anywhere? 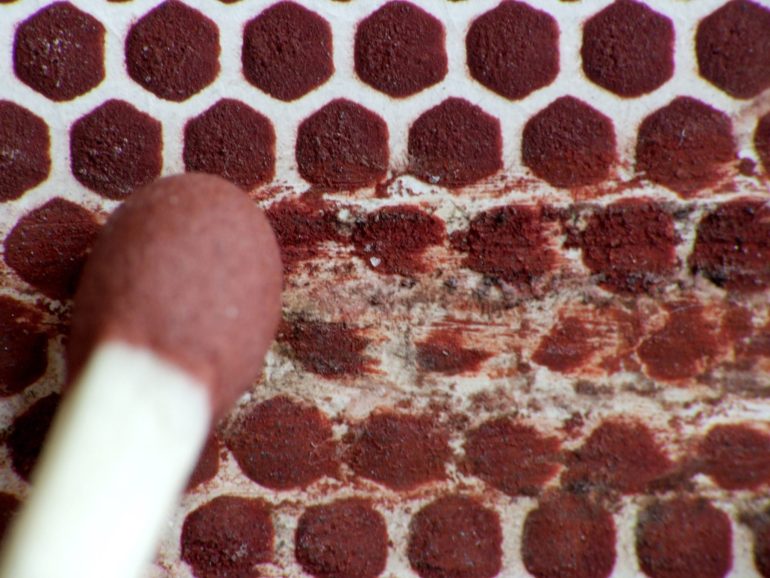 The process of how match sticks are made that are able to strike anywhere is fairly similar to that of making safety matches. However, while safety matches are dipped once, strike anywhere matches have a second dip that adds the igniting compound that would otherwise be on the striking strip. These sticks are then dried by air blast. As all the compounds of the match are present on its head, the boxes for these matches have no striking strip.

And that’s the answer to “how are matches made?” We’ve explored how match sticks are made, how they interact with striking strips and the process of how matches are manufactured.