How Lipstick is Made

Lipstick. It comes in a portable, easy-to-use swivel-up container and takes just a few seconds to apply. The first swivel-up lipstick was produced in 1923. But, how is lipstick made? Well it’s actually taken many forms throughout the years. In an increasingly ethically conscious world, it is worth posing the question how do you make lipstick and what are its environmental impacts?

Lipstick is one of the world’s most popular products. Tens of millions of people use it every day and lipstick brands are among the best known in the beauty industry.

Sported by Marilyn Monroe, Audrey Hepburn and Gwen Stefani to name a few, red lipstick famously commands attention. In fact, you could probably name ten lipstick brands without even having to try. But it’s certainly not a one-size-fits-all industry, and there’s no right or wrong. In the words of the American makeup artist, author and entrepreneur Bobbi Brown, “Find a lipstick that looks good on your face when you are wearing absolutely no makeup”.

Shockingly, the most expensive lipstick sells for £12m and sits in a diamond case. Yet whether you are paying two pounds or two million, it’s worth knowing what you’re putting on your lips. So, how do they make lipstick in factories?

A brief history of lipstick 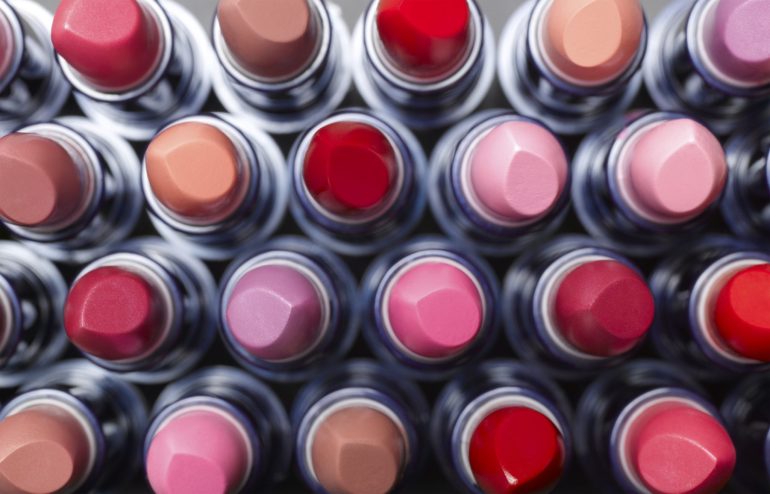 From power to wealth to the devil, the history of lipstick is full of symbolism and stories.

The first recorded use of lip paint dates back as far as 5000 BC, in the time of the Sumerian communities of central Iraq. However, little was actually recorded about why and how lipstick was made until the ancient Greeks came along in 700 BC, when individuals allegedly created curious concoctions of ingredients like sheep sweat and crocodile excrement. Back then, health and safety regulations didn’t really exist.

And if you thought the Romans in 31BC might have done better, they were busy applying fucus – a type of brown algae high in poisonous mercury – to their lips. Suffice to say, your life is a high price to pay for beauty. But they weren’t the only ones in jeopardy, as during the Middle Ages, wearers of lipstick were seen in England to embody Satan, for it was believed by some that applying such makeup was to change the face God had granted you.

During her reign in the 1500s, Queen Elizabeth I was said to have invented the lip pencil, mixing dye with plaster of Parys to form a paste. Despite being royally revered, it’s believed that wearing lipstick was often perceived in Elizabethan times as an attempt to deceive men into marriage by witchcraft.

Despite such problematic myths, the appeal of lipstick continued to gain ground over time. By the early 1900s, bright and bold lip colours were a sign of defiance and rebellion, as the Suffragettes took to the streets to fight for votes for women. In a similar political vein, lipstick in WWII was often worn by women as an act of patriotism, after it was said that Adolf Hitler disliked red lipstick. This was widely reflected in the posters produced by Allied countries at the time.

In more modern times, many makeup brands have used similar strong tones as these in their marketing campaigns, such as Secret’s ‘Strong like a woman’ (2007) and Revlon’s ‘On a bad day, there’s always lipstick’ (2001).

How is lipstick manufactured today?

Today, lipstick-making is a meticulous science, relying on machinery and precision. The step-by-step process for manufacturing lipstick in a factory involves a number of elements:

To control the colour and work closely to trends, the lipstick mixture (usually wax, essential oils and pigment) is milled. Think of rolling oats in a mill, except this stuff is not edible. Nowadays, this process enables lipstick shades to be formulated as close as eight weeks before release in stores!

To make a base, all ingredients are heated at low temperatures in batches (lipstick can melt at 25 degrees Celsius). The smell you notice in lipsticks comes from the essential oils added, such as peppermint or lavender essential oils.

At this stage, the ingredients are coloured and mixed, often combined with silica to improve the spreadability of the lipstick. The silica powder can also help absorb oil and sweat from the wearer. The many colours you see in lipsticks come from pigments of iron oxide (red) and zinc oxide (white) and so on. These are not harmful and often disappear into the oils.

The final stage is moulding and packaging using specialised machinery, ready to be taken out by hand for distribution.

A future of ethical lipsticks? 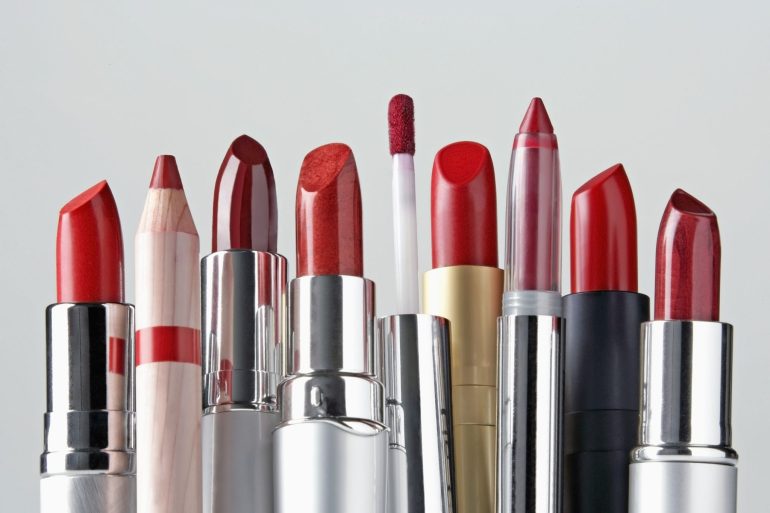 Small as they may seem, lipsticks are notable contributors to environmental pollution from cosmetics. The plastic packaging they come in is often either sent to landfill or notoriously hard to recycle (even when you think you are recycling it, local recycling centres might not accept it).

Lipsticks also contain chemicals such as p-phenylenediamine, which can seep from landfill into waterways, decreasing plankton populations that fish feed on. And today, many popular brands still test their products on animals.

Over time, there’s a clear consumer trend towards change. Many brands now offer refillable beauty products, reducing the need for packaging. Other leading lipstick producers have also launched vegan and cruelty free options, with ingredients and relevant information usually listed on the product description of the brand’s website, allowing customers to gain a better understanding of what’s in the products they’re using day-to-day.

This continued evolution of both the products and the systems involved in making them means that the process of how lipstick is made will continue to change and advance over time.