Smooth or crunchy, peanut butter is a great source of protein, vitamins and minerals and one of the world’s most popular foods. In the UK alone, we spend around £100 million a year on it. But have you ever asked yourself, how is peanut butter produced? What about, how was peanut butter invented? Read on to find out.

As hard as it might be to believe, peanut butter as we know it today has only been around since the 1880s. And it wasn’t until 1901 that the first recipe for the classic PB&J sandwich appeared in the snappily-titled Boston Cooking School Magazine of Culinary Science and Domestic Economics.

Peanut butter is made from peanuts, which are a nut, but are classified as a legume, alongside beans, peas, and lentils. This is because they grow underground. The runner peanut is the variety overwhelmingly used in manufacturing.

From a nutritional standpoint, peanut butter is a good source of protein, which is essential for building and repairing muscles. It’s also a good source of healthy fats, vitamins, and minerals.

How was Peanut Butter Invented? 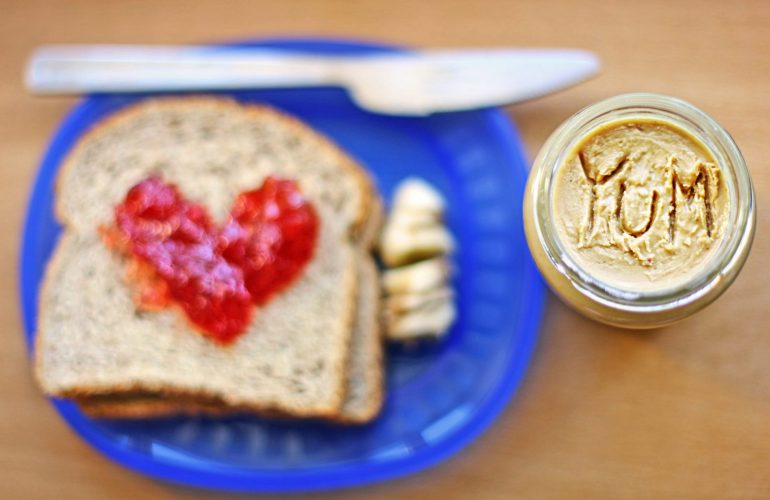 It’s thought that the Inca and Aztec people of modern-day South America were the first to grind peanuts into a paste. However, in terms of ‘how was peanut butter invented’ in the form we recognise today, that can be traced to the late 19th and early 20th centuries and to at least three people.

The first of these is Canadian Marcellus Gilmore Edson, who patented peanut paste in 1884. In 1895, the cereal king himself, Dr. John Harvey Kellogg, patented a process for creating peanut butter. However, Kellogg’s version was from boiled rather than roasted peanuts. It was a former employee of Kellogg’s, Dr. Ambrose Straub, who invented a peanut-butter-making machine, patenting it in 1903.

Over the next few decades, production processes improved and the recipes were refined. Which begs the question, how is peanut butter made in factories today?

How Peanut Butter is Made: Ingredients 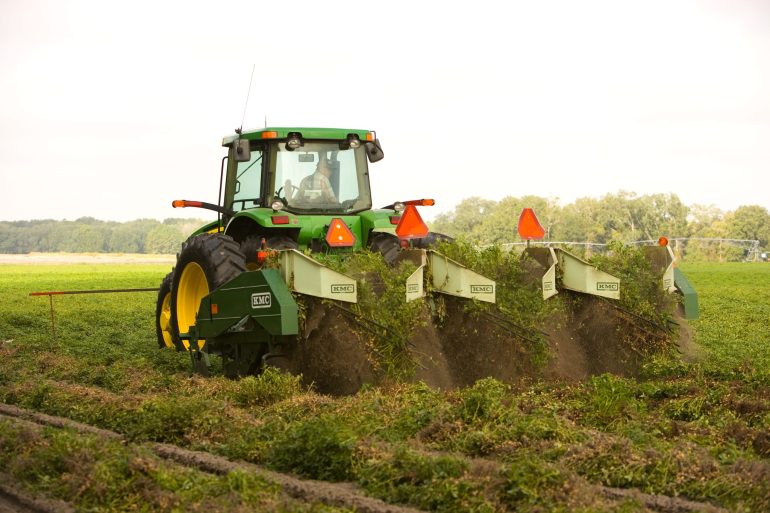 A large tractor with a digger-inverter used to complete the first stage of peanut harvesting (Photo: HUM Images via Getty Images)

The basic ingredients for most types of peanut butter are broadly the same: Peanuts; Oil; Salt; and Sweeteners. And, while the exact recipes will differ from one manufacturer to the next, the process is fairly universal. And it begins with peanuts.

To make a 500g jar of peanut butter, it takes around 565 grams of peanuts. That’s around 1,100 individual nuts. So, where do they all come from? India and China are the top growers, with the US third in line. Peanuts are typically planted in April or May and grow from a yellow flowering plant that bends to the ground. This allows the peanut to grow from the soil.

The peanuts are grown underground and are harvested from late August to October. The nuts are removed from their vines with mechanical pickers and shelled by machine. After they’ve been thoroughly cleaned and any residual dust, stems, empty shells and other detritus has been removed, they’re delivered to the processing plant.

With the peanuts sorted mechanically by size and shape we can get to the nuts and bolts of how peanut butter is made. The peanuts are dry roasted at 160°C for up to an hour, then cooled using suction fans until they reach 30°C. They’re then blanched using heat or water.

Heat blanching involves heating the nuts to a temperature of around 137°C for 20 minutes to crack the skins. The skins are then removed by a gentle rubbing motion between brushes. The peanut hearts, which are very bitter, are removed by screening.

Water blanching involves slicing the skins using blades which are then removed by being passed through a boiling water bath. They’re then dried by a current of air for six to eight hours.

We’ve almost answered the question ‘how is peanut butter produced’ but there are a few more stages to go through before it ends up on your toast. The next one is grinding. This is where the nuts are turned into peanut butter. The first step in the process grinds them into medium-sized pieces and the second step grinds them into a smooth, fine texture. For crunchy peanut butter, pieces of nut around an eighth of the size of a whole peanut are added into the mixture.

The rest of the ingredients – oil, salt, sweetener and whatever else the manufacturer has on their recipe list – are now added. The mixture is then churned, transforming it into peanut butter itself.

The finished peanut butter is cooled and then vacuum-packed in plastic or glass jars to prevent oxidisation and to give it a long shelf-life. This is the final step in the process of how peanut butter is produced.