As wonderfully Italian as lasagne, Lambretta and Lamborghini, gelato - from the Latin gelatus meaning frozen - is a luxuriously creamy and rich frozen dessert that has been perfected over centuries by artisan craftsmen. But how is gelato made? In fact, manufacturing gelato isn’t as straightforward as you might think. Read on to discover the secrets of how gelato is produced.

Asking an Italian gelato maestro how gelato is made is like asking the Colonel what eleven herbs and spices he uses, or asking for the exact ingredients of Chanel No. 5. You’ll never learn their secrets…

Broadly speaking though, the process of manufacturing gelato is quite similar, whoever is making it. Here, we’ll give you the lowdown on this delightful dairy deliciousness. 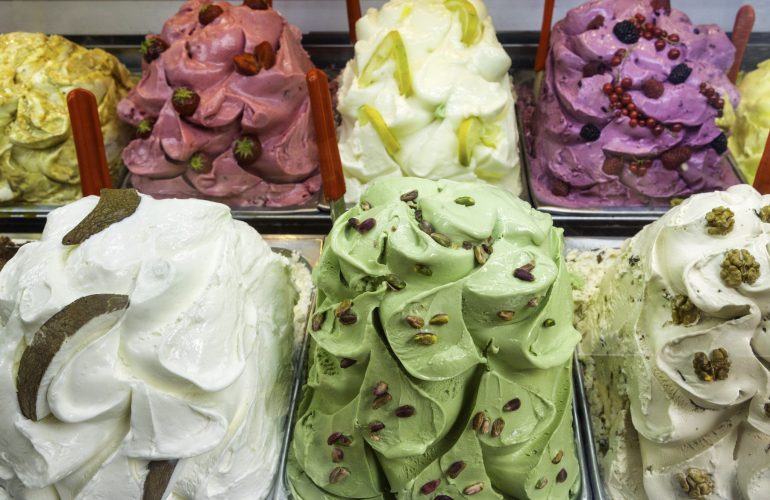 In the twelfth century, the Arabic people who ruled Sicily developed sugar syrup, which was used as a base for sorbet flavoured with fruits, flowers and spices. However, while this provided an initial step in the history of this frozen dessert, the real invention of what we know today as gelato actually comes from the fifteenth or sixteenth century.

There are three men credited with manufacturing gelato for the first time. The first is Renaissance alchemist Cosimo Ruggieri, who made a type of sweetened cow’s milk known as fior di latte (flower of milk) in Florence at the court of the all-powerful Medici family.

The third – and perhaps most famous – is Sicilian chef Francesco Procopio Cutò, who opened a café in Paris in 1686, selling gelato to the public (before this, it had remained the domain of the rich, as ice was extremely expensive). It remains open to this day and is regarded as one of the most successful and famous cafés in Paris.

So, if you want to know how gelato is produced and why it is so special, read on!

Gelato and Ice-Cream - What’s the Difference? 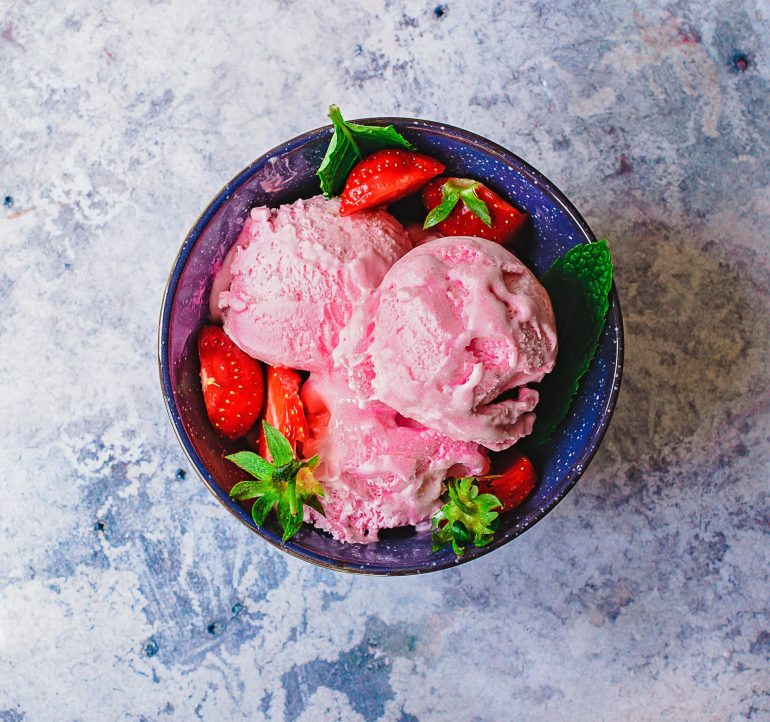 They look the same and flavour-wise they often taste the same, but there is a fundamental difference to how gelato is made when compared to ice-cream.

Both contain milk and cream, but it is the proportions that differ. Ice-cream, as its name suggests, contains more cream, while gelato contains more milk. In addition, ice-cream contains egg yolks but gelato usually doesn’t.

The different amounts of milk, cream and egg yolk affects the amount of fat in each product. Typically, ice-cream contains at least 10% – 14% fat, whereas the fat content of gelato is between 4% – 8%.

Like ice-cream, gelato is made with all the flavours under the sun, including some left-field choices like basil and chilli pepper. Yet the more traditional flavours remain relatively stable: chocolate, pistachio, coffee, vanilla, hazelnut and stracciatella, a vanilla or sweet cream gelato with loads of chocolate shavings. You won’t be surprised to know that it’s absolutely delicious!

The Secret is Speed… 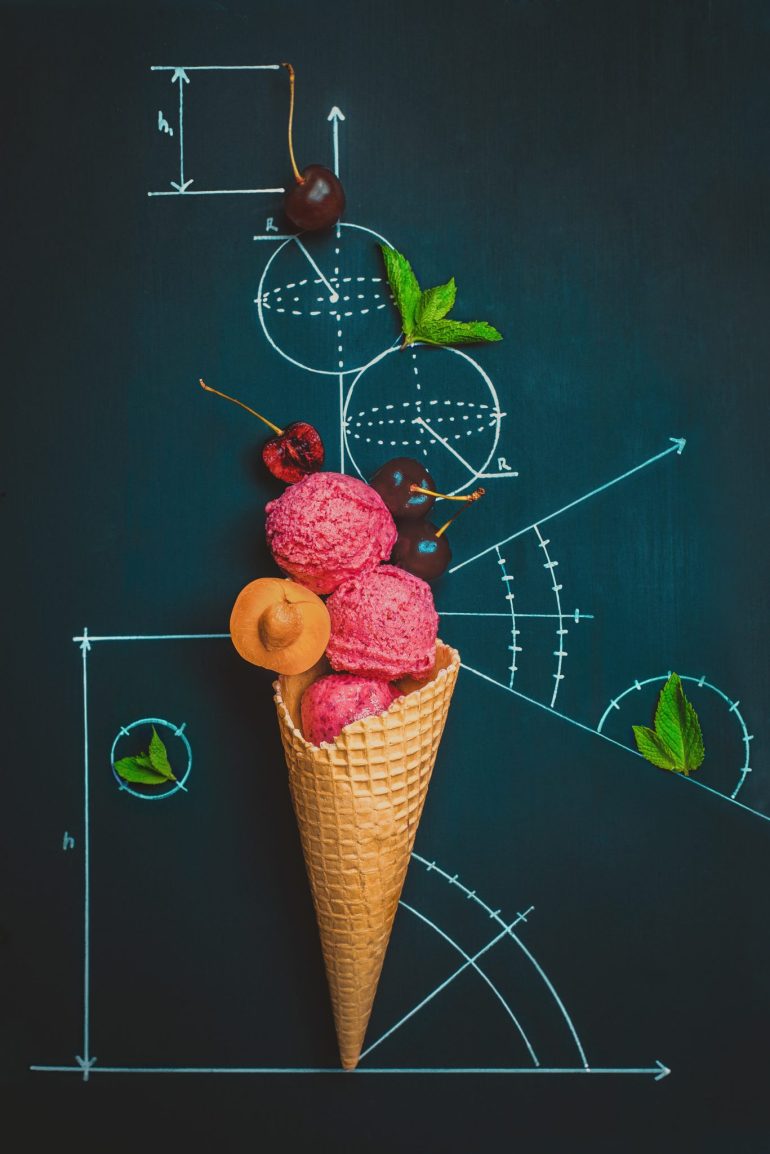 The key to how gelato is made is in the churn. Both ice-cream and gelato need to be churned to create the sweet, wonderful taste.

However, it’s the speed of the churn that creates the silky, rich texture of gelato. Gelato is churned at a much slower rate than ice-cream. Slowing the churn speed results in a smoother, silkier and denser consistency, because less air is incorporated into the mix.

On average ice-cream is around 50% air whereas gelato is roughly half that. 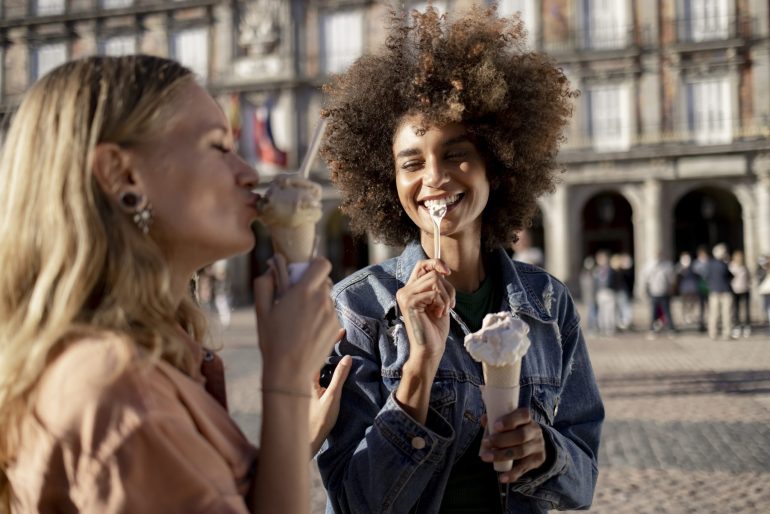 A group of friends enjoying a gelato (Photo: Ivan Pantic via Getty Images)

Of course how gelato is produced is dependent on the maker (and every person manufacturing gelato in Italy and beyond will tell you theirs is the best!) but another important factor in its production is how it’s stored.

Ice-cream is stored and served frozen at 0°F and, at that temperature, ice crystals form to give it a distinct texture when you eat it, known as mouthfeel.

Gelato on the other hand is served slightly above freezing, so it’s not fully frozen. This makes the mouthfeel softer, richer and smoother.

Does Gelato taste better than Ice-Cream? 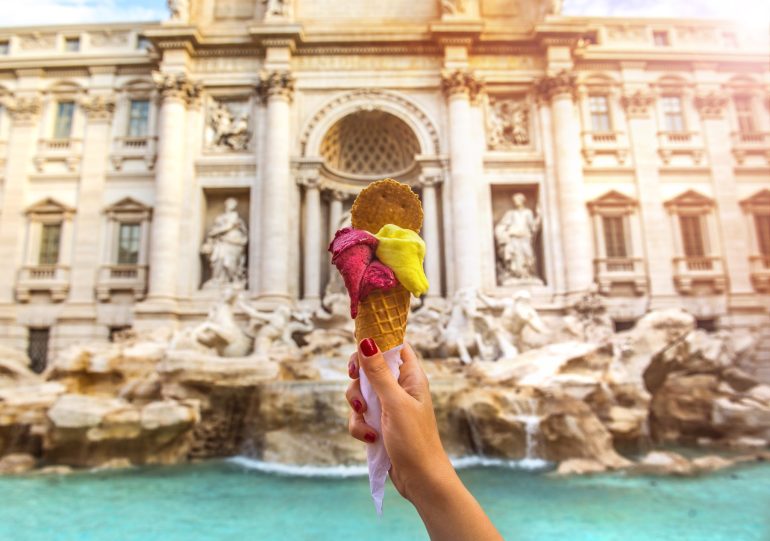 Ask a thousand people and you’ll probably get about half in gelato’s corner and half in ice-cream’s. However, if science were to decide, it would most likely come down on the side of gelato, and not just because this article is all about how gelato is produced!

When you eat, the fat in your food coats your tongue and creates a type of barrier between your taste buds and whatever it is you’re eating. In addition, cold food tends to numb the tongue. As gelato has less fat and isn’t as cold, the flavour is more intense so – in theory at least – tastes better!

So, when you’re in any one of Italy’s 37,000 gelaterias, you now know how gelato is made and it will taste even sweeter!