Breakfast cereals are grain-based foods that are usually eaten with milk or yoghurt and often sprinkled with sugar or honey. They’re an extremely popular breakfast food all over the world and come in a variety of flavours, but how is cereal manufactured? Bowl on over to the next part of the article to find out.

In almost every supermarket in the world there’s an entire aisle devoted to breakfast cereals. Porridge oats, granola, bran flakes, corn flakes, whole grain flakes, wheat biscuits and dozens of brands, the global breakfast cereal market is worth tens of billions of pounds.

In the UK, it’s estimated that 14 million of us eat cereal at least once a day. So when you’re chewing your Cheerios, feasting on Frosties or savouring Sugar Puffs, have you ever asked yourself ‘how do they make cereal?’

A Short History of Cereal 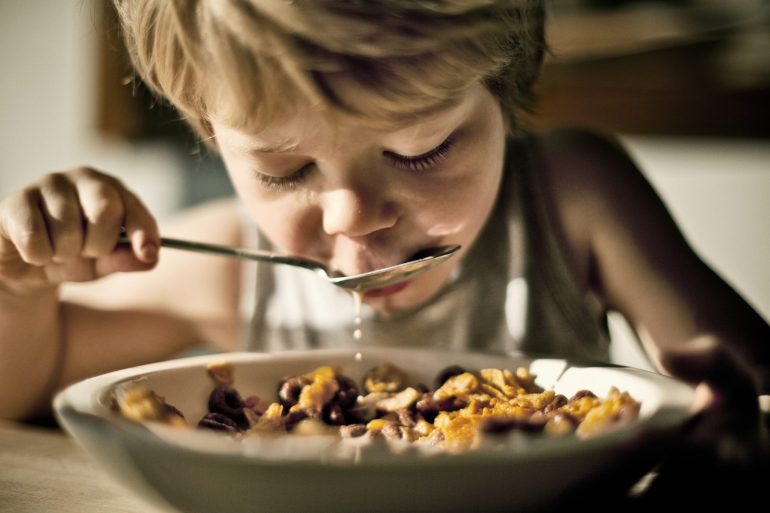 There are two types of cereals – hot and cold. Hot cereal has been with us for thousands of years while cold cereals have only been in existence since the middle of the nineteenth century.

The first cold cereal was invented in the 1860s by James Caleb Jackson. It was essentially hard, heavy chunks of a bran-rich wheat flour which required overnight soaking to soften them enough to be able to eat. A cohort of Jackson, a man you may have heard of named John Harvey Kellogg, invented the world’s first pre-cooked flaked breakfast cereal, and from there the cold breakfast cereal market went into overdrive.

Cereal became – and remains – a convenient and (sometimes) healthy way to feed families before school and work. It was sold as being much quicker than preparing hot breakfast every day, and as the mass advertising media descended upon us in the 1950s, the battle for breakfast supremacy raged supreme, as it still does to this day.

‘How is breakfast cereal made’ is a question that can be answered in dozens of different ways depending on the particular cereal, but for the purposes of this article we’ re going to focus our attention on the classic shredded wheat.

How Cereal is Made - Shredded Wheat 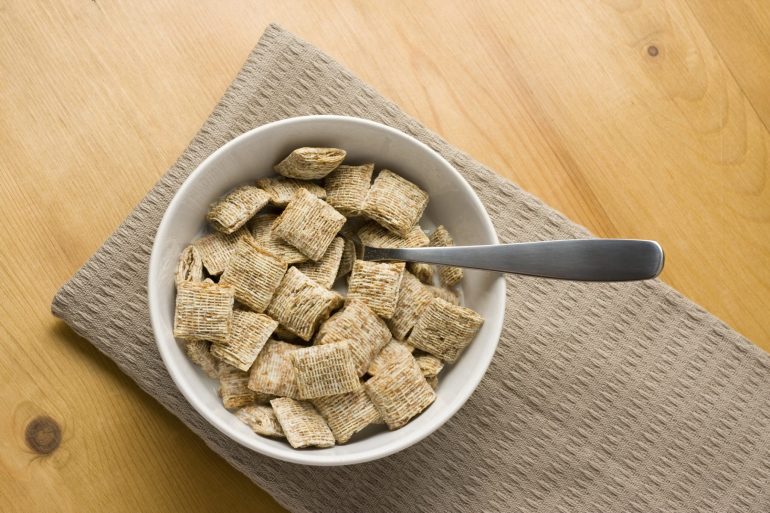 Shredded wheat is made from 100% whole wheat that is shredded, cooked and shaped into the delicious pillows we know and love. It was invented in the 1890s by an American businessman called Henry Perky who was inspired by meeting a dyspeptic man suffering from continuous heartburn and indigestion. He was eating boiled wheat with cream to help his digestion. Shredded wheat was one of the very first ready-to-eat breakfast cereals.

The rock-hard wheat kernels are washed in drums to remove any dirt, stalks and general detritus. They are then softened by cooking them simultaneously with steam and water for around 30 minutes to allow the moisture to fully penetrate the grains. As the cooked wheat leaves the drums on a sieve-like conveyor belt, any excess water drains away and the wheat passes through a heater where hot air dries them.

Next on the quest to answer ‘how is cereal made’, we come to the most important element of the process. Putting the ‘shredded’ into shredded wheat. The wheat is pushed through fill tubes and these tubes drop the kernels between two rotating rollers that squeeze them into fine strands. These strands of wheat drop onto another conveyor belt in an even layer. The strands are piled on top of each other until the layers are thick enough to be formed into a very long sheet of wheat-shaped pillows familiar with kids and adults alike all over the world.

The long sheet of uncut shredded wheat is baked and toasted in an oven. The baking cycle crisps up the cereal and the toasting cycle lightly browns it until it reaches the desired colour and level of dryness.

To Frost or not to Frost 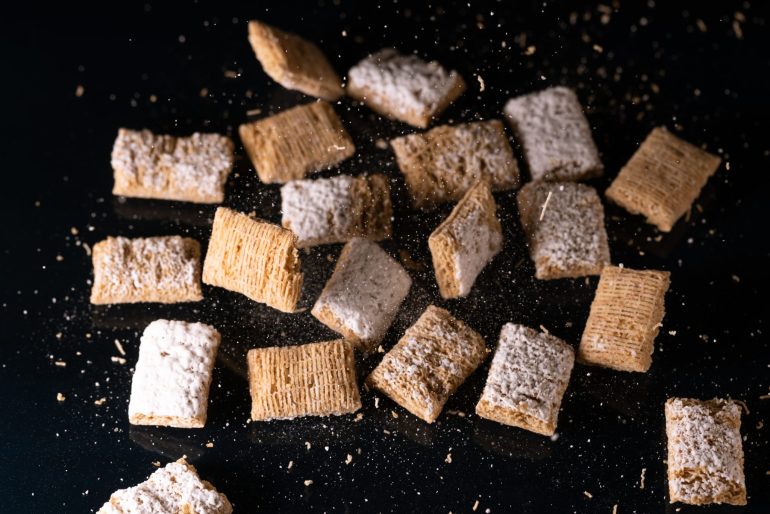 We’ve almost finished answering the question ‘how is breakfast cereal made’ but there are a few more steps to go before it ends up in your bowl. The fragile toasty-brown wheat pillows are gently broken up with a weighted belt. At this stage, the plain ones are now finished and complete.

However, as you know, there are two kinds of shredded wheat. Plain and frosted. The ones destined for frosting are sent to the coating station. The frosting is made using a blend of sugar, water and other ingredients.

As they pass on another converter belt, overhead nozzles spray the sugary coating over the cereal, which takes a minute or so to dry and set as the crystal-white frosting we all recognise. 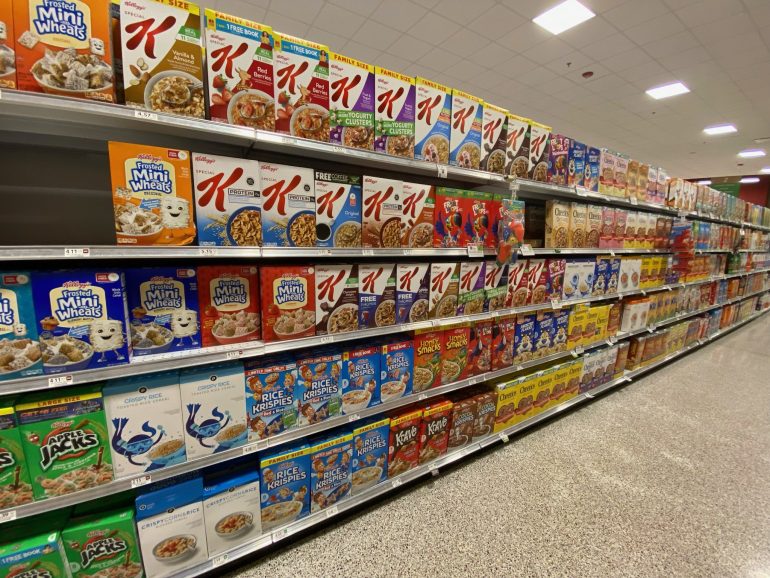 A typical cereal aisle in a supermarket (Photo: UCG via Getty Images)

The cereal is automatically weighed and dropped into plastic bags which are then inserted into cardboard boxes. The ‘best before’ date is printed on the top and then the boxes are sealed, packed and shipped out to supermarket shelves all over the country. For this example of shredded wheat, this is the final step in the process of how cereal is made. You can also explore other cereal manufacturing processes in our guides to how corn flakes are made and how rice crispies are made.