How Butter is Made

When you’re smothering your hot toast in the morning or adding it to the mix for a tray of warm and gooey chocolate brownies, do you ever stop to think about how butter is made? Butter is an ancient creation - probably more by luck than judgement - and over the years it’s been used to treat burns, as a fuel for lamps, and even as a wedding offering! Read on to find out how butter is made from milk.

No-one knows for sure when butter was invented but the general consensus is that it was probably the result of an accident.

Nomads from Asian tribes around 3,500 BC would transport sheep or goat’s milk in sheepskin bags tied to their saddles, and when they came to rest at night after a day of traversing rough, uneven terrain, they would notice that the milk had churned and small fatty deposits had risen to the top. Those small deposits were butter.

That may be how butter was made thousands of years ago but it certainly isn’t how butter is made today! In this article you’ll discover the answers to one of the most popular questions about butter – including ‘how is butter made in a factory’ – and we’ll also tell you how butter is made from milk.

Butter. You get it out the fridge, spread it on your toast, crumpets or bagels, mix it into delicious cakes or make the best fried eggs, but it hasn’t always been that easy. Answering the question ‘how is butter produced’ differs dramatically today when compared to the process used thousands of years ago, but the end result has basically remained unchanged for millennia.

The ancient Romans thought butter was fit only for barbarians, while in ancient Greece, a common put-down for those of a lesser class was ‘boutyrophagoi’, or ‘butter-eaters.’ During the Middle Ages, butter was eaten mostly by peasants. It only became more acceptable for the upper echelons of society in the early years of the sixteenth century, when the Roman Catholic Church – in return for a hefty tax – allowed it to be eaten during Lent. Bread and butter became a common snack, just as it is today. Without refrigeration, storage became an issue, which is one reason why the warmer Mediterranean countries mainly use oil to cook with, and the cooler northern European countries prefer butter.

As well as being a very common cooking ingredient, butter is a major global commodity and has been central to many world economies. For example in Norway in the Middle Ages, it was so essential that the king required a full bucket every year as tax. In Ireland, a Butter Exchange was opened in Cork to regulate the trade, and in France in the 1860s, demand for butter was so high that Emperor Napoleon III offered a huge reward for anyone that could come up with a substitute. The wonderfully named Hippolyte Mège-Mouriès rendered beef fat with milk and invented margarine!

How Butter Is Made - Buttermilk 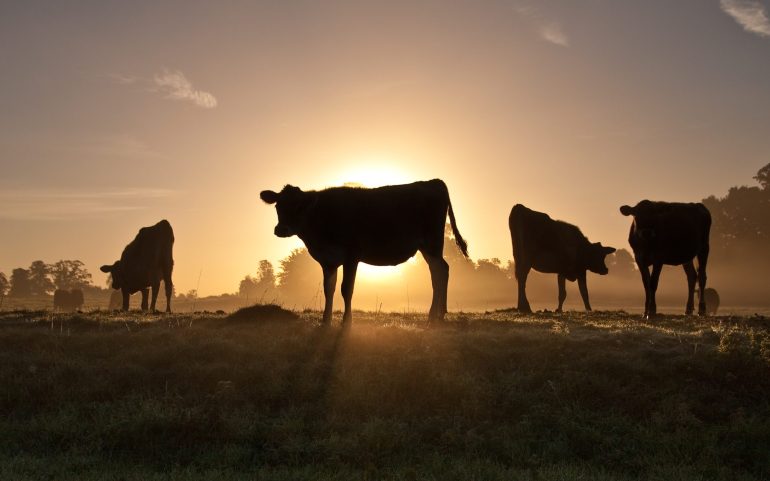 A cattle of cows at sunrise (Photo: Kevin Day via Getty Images)

When it comes to the question of how butter is made from milk, of course it all starts with cows. After they’re milked on the farm, the raw milk is delivered to the processing plant in huge tanker trucks. It’s analysed for quality and then pumped into a machine called a separator. Using centrifugal force, the separator spins and does what it says on the tin. It separates the fat (known as buttercream) from the liquid (known as skimmed milk).

The buttercream, a thick, heavy cream-coloured liquid around 38-40% fat is then heated to 82°C to remove any impurities and bacteria in a process known as pasteurisation. It is then left to cool and thicken for up to 24 hours. This also allows the buttercream to develop its rich flavour.

How Butter is Made - Churning 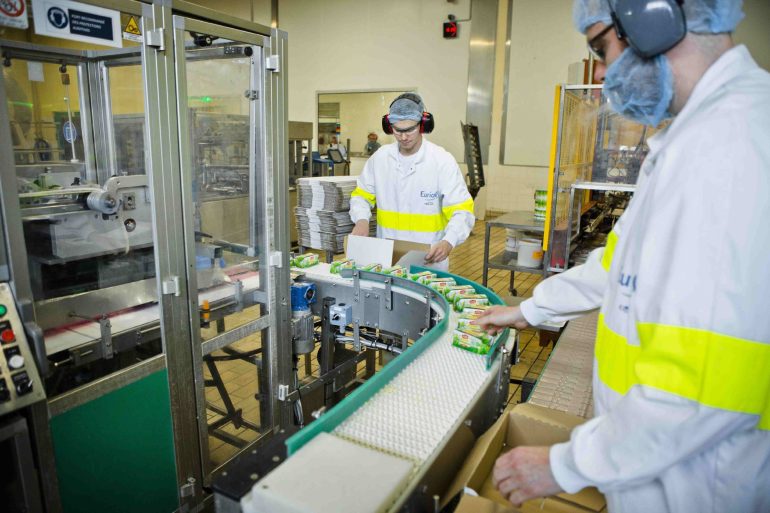 The day-aged buttermilk is transferred to the churner. This machine spins at about 28 revolutions per minute (roughly the same speed as a tumble-dryer) and this agitation causes the fat molecules in the buttercream to close up, releasing water and air. The air is released by hand every few minutes to regulate the pressure inside the churner and after about 40 minutes or so, the fat molecules have formed into small clumps called ‘popcorn butter.’

These thick lumps of popcorn butter stay in the churner, while the remaining buttermilk liquid is released, however it’s not discarded. It will be used to make ice-cream and other dairy products. In the early days of industrialisation, the popcorn butter was washed to make sure all the buttermilk and milk solids were gone. However, these days, that only tends to happen in some small artisan dairies, instead when it comes to the larger manufacturers – and the question of how is butter made in a factory – there are still a few more steps to go.

It’s at this stage in the process that salt is added to the mix, that is if the batch is producing salted butter. If it’s unsalted, it’s left alone. The mixture is churned again for another 30 minutes and when the churner is opened, there’s butter inside!

One interesting side note about the butter-making process, and if you’ve ever wondered why butter is yellow, it’s because the grass the cows eat contains a yellow pigment called beta-carotene.

How Butter is Made - The Final Preparation 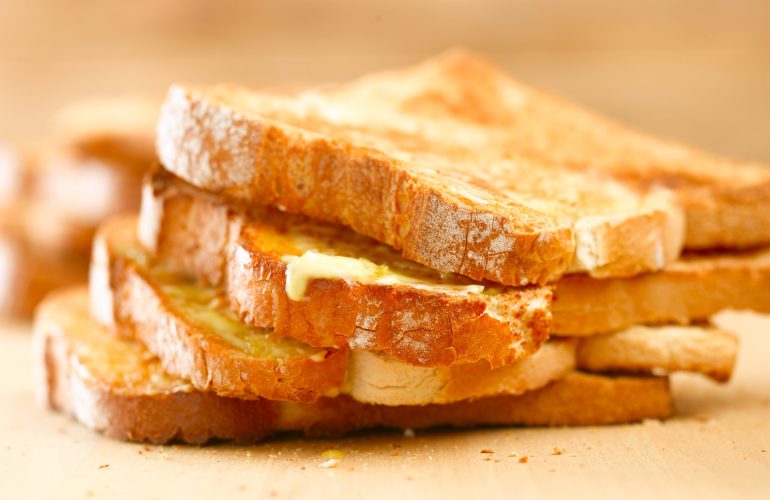 As a product, the butter production process is now essentially finished. However, before it ends up on a piece of hot toast, there are a few more things to do in the factory.

From the churner, the butter is put into a machine called a mill which pushes exact weights of butter into block casts. From there, the blocks of butter are machine-wrapped in an aluminium-coated wrapper, or injected into a sealed plastic tub. This prevents light from getting through and turning the butter rancid. As it cools, the butter crystallises and hardens.

Random wrapped blocks are quality controlled for weight, to ensure they are exactly correct. Once all the testing has taken place, the butter is packed up and shipped out to supermarkets in huge refrigerated trucks.

So, this answers the question of what’s involved in butter production and how butter is made in a factory. Next time you’re making breakfast for the family and someone asks you how is butter made, you can tell them exactly what’s involved in the creation of butter!