How are Phones Made?

Smartphones have become a vital part of everyday life. In fact, around three-quarters of the world’s population has a smartphone. But just how are phones made? From concept, to how smartphones are made in factory settings, this guide offers an insight into just that.

According to figures published by Statista, three quarters of the world’s population own a smartphone, with around 1.43 billion sold worldwide in 2021 alone.

With such quantities of these clever devices in so many hands, it’s worth asking, how are smartphones made? And with Apple making up a quarter of the market share, how are iPhones made?

From the decision to launch a new product to how smartphones are made in factory sites, let’s find out. 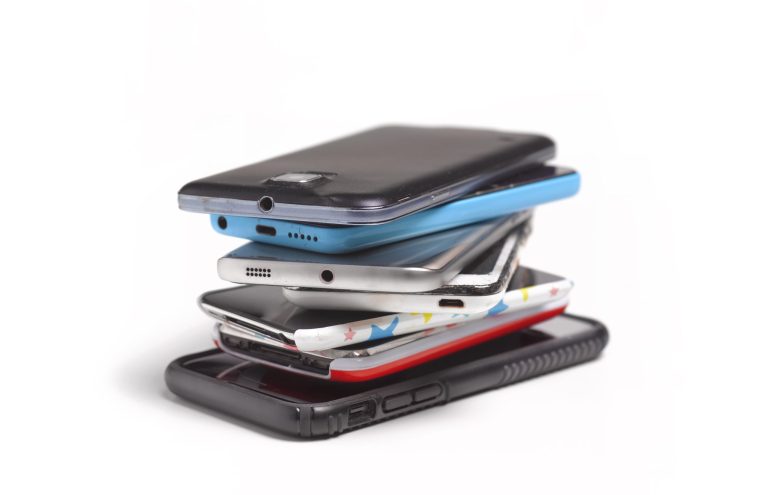 In asking “how are phones made”, we’re not talking about landlines. We’re not even referring to the original “dumb” mobile phones, with their basic call and text message capability and (surprisingley morish) snake games. No. What we mean is “how are smartphones made” and ultimately, how are today’s mobile phones manufactured?

When IBM designed the first smartphone in 1993, it had a touchscreen with access to some of the things we expect of smartphones today; a calendar, an address book and so forth. But solid state drives, integrated circuits and the mobile phone network, all vital aspects of smartphones, were still in their collective infancy.

It wasn’t until 2007 that Steve Jobs introduced the first iPhone, and really set the technological cat amongst the consumer pigeons. That was it. Keypads were replaced with touchscreens, and the Apple operating system – or iOS – transformed the humble mobile into a mini computer.

Nowadays, there are numerous operating systems and most smartphone manufacturers will licence a version rather than creating their own.

How are Smartphones Made? From Concept to First Prototype 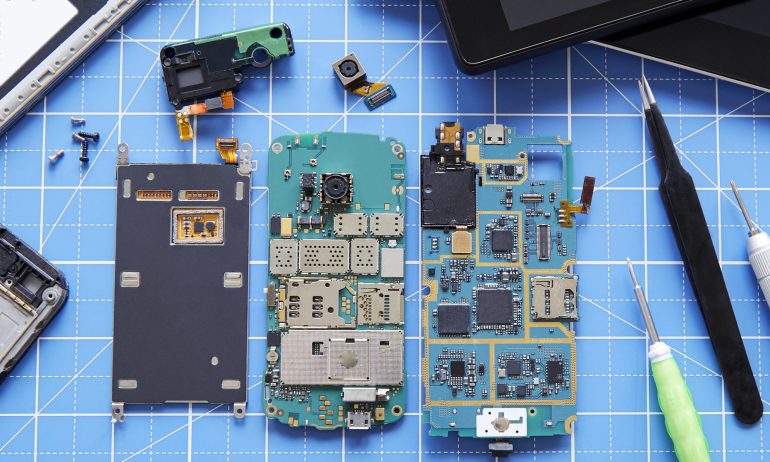 Inside a mobile Phone (Photo: Thanasis via Getty Images)

Like so many things, the manufacture of a new phone begins with a concept of how it will look and function. This might be influenced by numerous factors ranging from technological advances to market forces and even fashion trends. Oftentimes, a new phone will be a generational improvement on a previous model.

Executives, designers and technical experts at the relevant corporation will develop the concept meticulously. Decisions will be made as to, amongst other things, the operating system, features and specifications, with elements such as available components and cost all factored in. This process culminates in the creation of a very basic, non-functioning prototype.

How are Smartphones Made “Smart”? 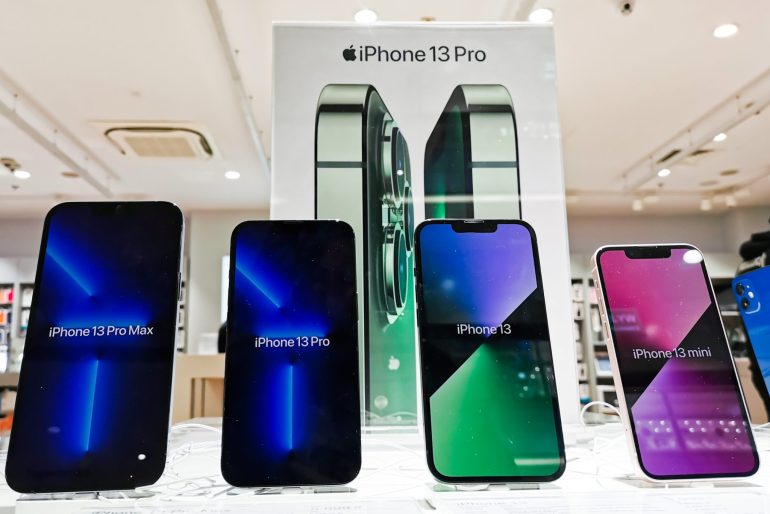 It's a smart business (Photo: NurPhoto via Getty Images)

Now it’s time to turn the dummy prototype into a working model. As mentioned before, the operating system for a new phone model is usually determined in the concept phase, but there are still numerous technical aspects to manage and design. From the battery, screen and cameras – front and back – to the memory and processor options, engineers and designers develop the working aspects of the phone using the prototype as their base. All of these decisions must be approved before the prototype is installed with the relevant components. Next, the hardware meets software with the upload of the operating system and an assessment and refinement of their compatibility.

To all intents and purposes, the new phone is ready for manufacture, but there is one vital phase before it hits the factory floor: Testing. From dropping the prototype from various heights to dunking it in water, to the tamer check on browsing capability and button performance, each and every aspect of the new model is tested and retested. If changes are required, this is the time to do it, because the next stage is mass production.

How are Mobile Phones Manufactured? 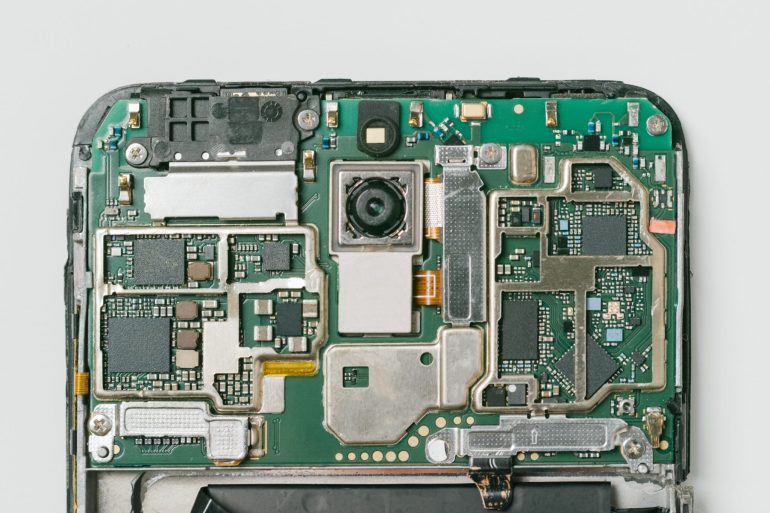 Top view of the circuitry and internal board of a mobile phone (Photo: Israel Sebastian via Getty Images)

The components of smartphones incorporate a vast array of materials – from the glass, plastic and liquid crystalline of the screen, to the lithium metallic oxide batteries. As for circuit boards, they contain palladium, lead, copper and even gold.

In order to explore how smartphones are made in factory settings, we’re going to narrow things down in a case study, namely, how are iPhones made?

How are iPhones made? A Case Study in How Smartphones are Made in Factory Sites 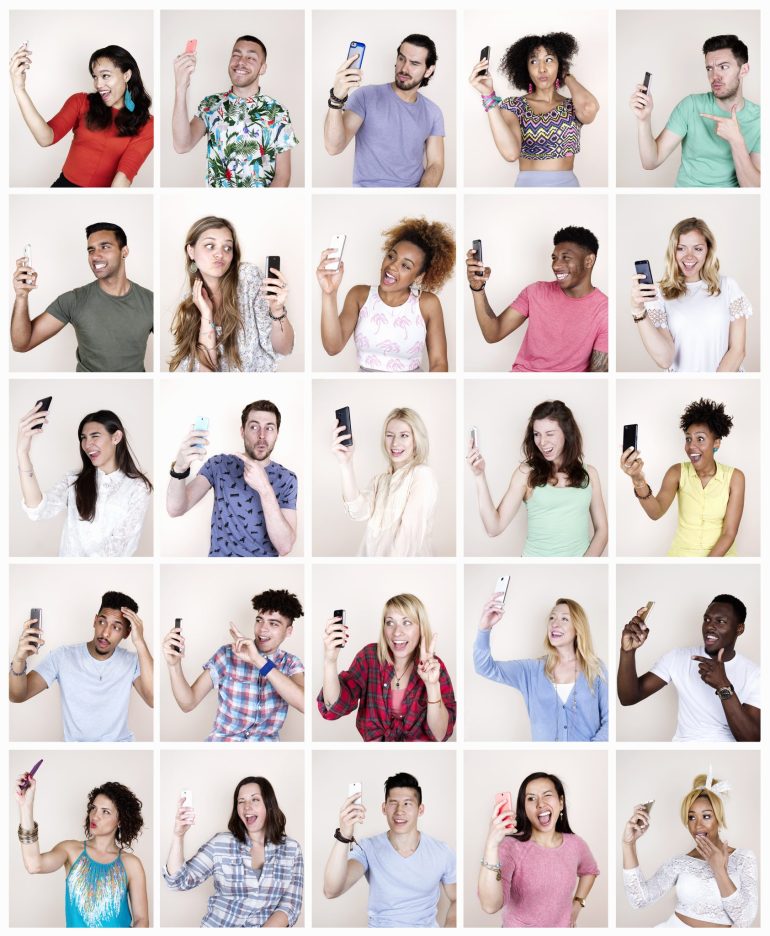 They may be designed in California, but iPhone manufacturing is very much an international process. From memory chips to casing and cameras, components are sourced from over 200 companies worldwide.

All of these parts are transported from places such as Germany, Japan, India, South Korea, China and Taiwan and delivered to one of Apple’s iPhone factories. One such factory – located in Zhengzhou, China – makes 350 iPhones every minute, amounting to 500,000 a day. Spanning a staggering 2.2 million square miles, the plant can employ as many as 350,000 people, and is fittingly known as iPhone City.

While the manufacturing process as a whole is increasingly mechanised, the answer to “how are iPhones made” is, by people. Or at least they are assembled almost completely by hand across some 94 production lines.

Typically for an assembly line process, each worker is allocated one task, which they might repeat 600 or 700 times in a day. It could be twisting in one screw or attaching a camera part. The battery is then charged and inserted.

Once it’s all put together, every component of every phone is tested for functionality. Only once it has passed these rigorous tests is each phone boxed in the iconic Apple packaging and ready for shipping.

And there you have it. The answer to the question “how are phones made” or “how are smartphones made” is one that crisscrosses international boundaries and involves many, many people.