Space rockets push the boundaries of discovery and exploration further than we could have ever imagined. They allow us to venture deep into space to find out about the very beginnings of time, to step onto the surface of the moon and to capture stunning, otherworldly images that allow us to discover what’s out there. Read on to find out about the world’s biggest rockets.

For 2,500 years, the human race has been obsessed with travelling further and further.

The ancient Greeks built small devices powered by jets of steam. In the thirteenth century the Chinese created rudimentary gunpowder to propel arrow-launched rockets towards the invading Mongols.

Sir Isaac Newton laid down the foundations for modern rocket science in the seventeenth and eighteenth centuries and the work of twentieth century pioneers including Robert Goddard, Hermann Oberth and Wernher von Braun launched the age of space travel. Huge speeds over vast distances expand our knowledge of the world around our own.

But how do we get to space? The maths, physics, design and engineering involved in space travel, not to mention the eye-watering cost, is barely believable. Here’s the list of the largest rockets ever built, including the biggest rocket in the world. 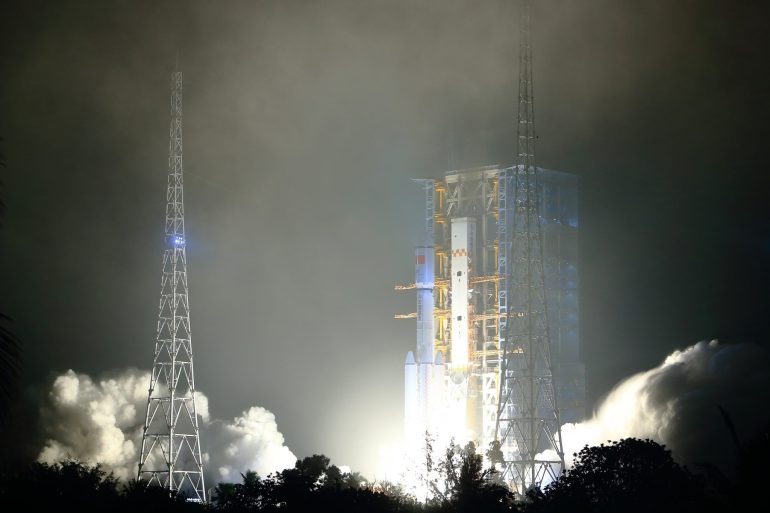 The fifth iteration of the Long March rocket family, the 879-ton Changzheng 5 – nicknamed Pang-Wu, or Fat Five – was built by the Chinese Academy of Launch Vehicle Technology and is one of the world’s largest rockets. Its lifetime mission manifest includes the Tianwen 1 Mars, a lunar sample-return mission.

Changzheng 5 is also used in the construction of the Tiangong space station. Translated as ‘Palace in the Sky’, the space station will sit in low Earth orbit between 340 and 450km up and will weigh between 80 and 100 tons, roughly the size of Russia’s now-decommissioned Mir space station. 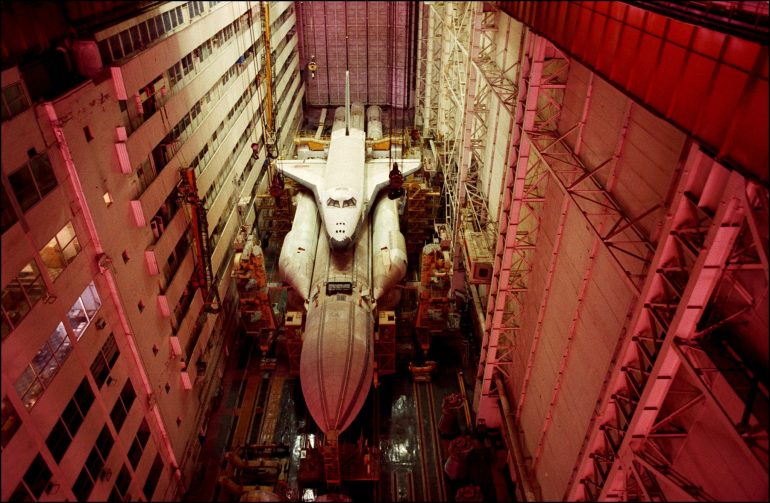 The Bourane space shuttle and the Energia rocket, its launcher in its Baikonour hangar (Photo: rancis DEMANGE/Gamma-Rapho via Getty Images)

A Soviet-era rocket designed to carry payloads including the reusable Buran spacecraft – Russia’s version of the Space Shuttle – the Energia launched just twice before it was decommissioned. The first launch from Baikonur Cosmodrome in southern Kazakhstan was intended to launch Polyus – an experimental orbital weapons platform – into orbit. Due to a software error, it fell short and the payload re-entered the atmosphere over the Pacific Ocean. The second and final launch of this contender for biggest rocket in the world, also from Baikonur, was in November 1988 and saw the successful launch of the Buran shuttle into orbit. Soon after, the Soviet Union fell, and with it went the Energia space program. 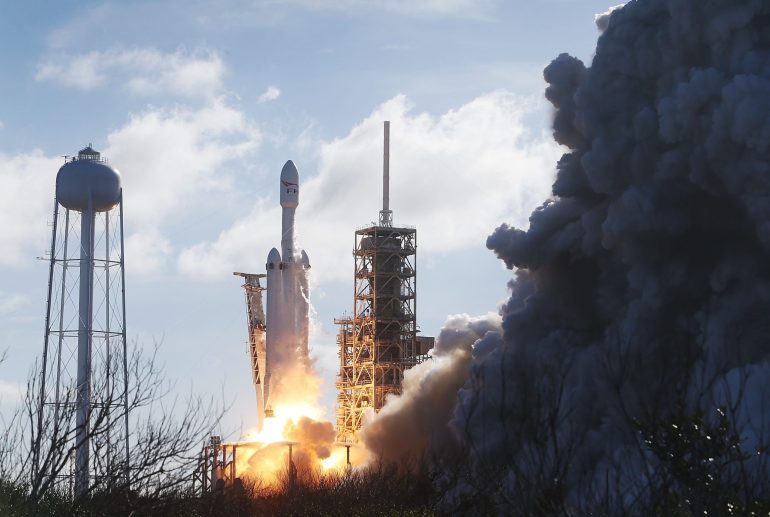 Designed and built by SpaceX, a company owned by multibillionaire Elon Musk, Falcon Heavy is the biggest rocket in the world in current use. Its maiden flight in 2018 carried a Tesla Roadster and a dummy nicknamed Starman.

It carries 27 Merlin engines generating the same thrust as around eighteen Boeing 747 aircraft, one of the world’s biggest and most powerful aeroplanes. The cost per launch is about $100 million.

The SpaceX journey is explored further in NASA & SpaceX: Journey to the Future. This astonishing documentary follows experts from SpaceX and NASA on their mission to transform space exploration. Inside access reveals how cutting-edge technology will carry humans to the moon, Mars and beyond. 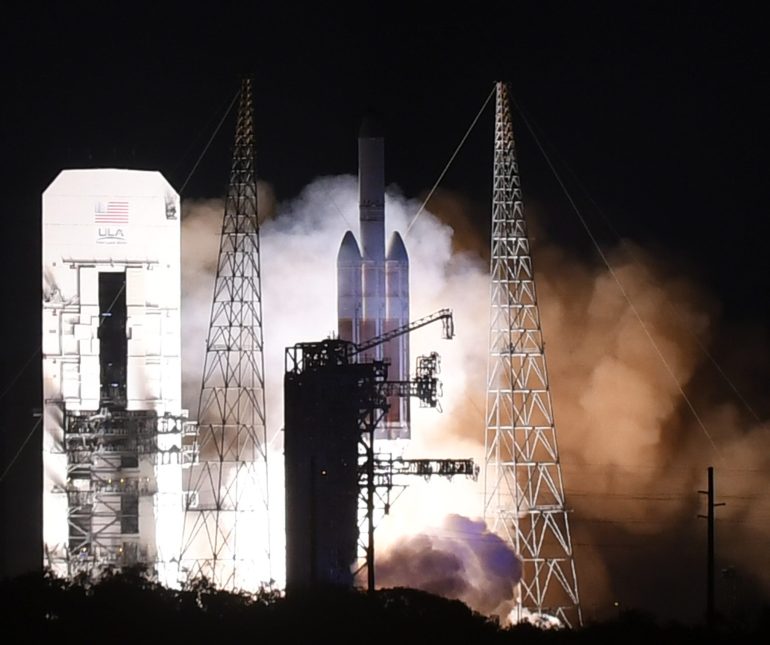 Developed by aerospace company McDonnell Douglas for NASA, the Delta IV Heavy is the second highest capacity launch vehicle in current use, behind the Falcon Heavy and it remains one of the biggest rockets in the world. The big brother of the now-retired Delta IV Medium, it is powered by the largest hydrogen-fuelled rocket engines ever flown. This immense space rocket has been used to launch reconnaissance satellites, as well as the Parker Solar Probe – a probe launched by NASA in 2018 that will get to within around 4.3 million miles of the sun at speeds approaching 700,000 km/h.

One of humankind’s greatest ever feats of engineering and technology, the mighty Saturn V was quite simply the tallest, heaviest, most powerful and largest space rocket in the world. Fully-fuelled and launch ready, the three-stage NASA rocket weighed almost 3,000 tons. It took 12 Apollo astronauts to the moon, as well as launching the Skylab space station. The Saturn V was retired in 1973 at the end of the Apollo program.

This huge rocket is featured in Make It To The Moon: The Unsung Heroes of Apollo, the story of how four young teams of unknowns pioneered the technology that took Neil Armstrong and Buzz Aldrin to the moon in 1969.