From the world’s biggest cinema to mega-sized multiplexes, the magic of the movies has captured the world’s imagination for well over a hundred years. So where are the biggest cinemas on Earth? Read on to find out.

Movies allow us to escape from reality. They take us to places we could never get to and open our eyes to amazing wonders, real and make-believe.

From one of the first feature films, The Story of the Kelly Gang by Charles Tait in 1906, all the way through to today’s multi-billion pound franchises like the Marvel Cinematic Universe, Star Wars and Harry Potter, cinemas are a big part of our modern lives. So big in fact that in 2019, 176 million cinema tickets were sold in the UK alone. That’s a lot of popcorn…

But what is the largest cinema in the world? Read on to find out more on this whistle-stop tour of fantastic film phenomena! 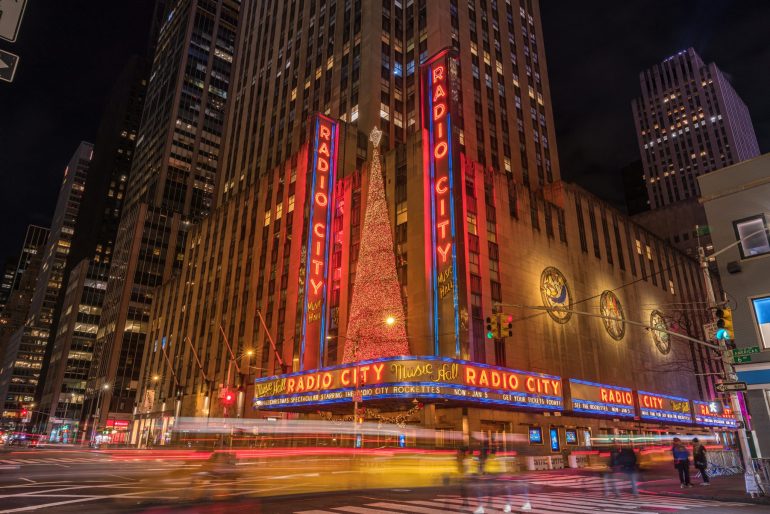 In Britain we’d call it the biggest cinema in the world but in America, it’s the biggest movie theater in the world. Radio City Music Hall is an Art Deco masterpiece and one of the world’s most famous entertainment venues, although it’s not exclusively a cinema. It was conceived as a place where ordinary people could see top-quality entertainment – including stage shows, movies and concerts – and in the ninety years it’s been open, over 300 million people have been through its doors. 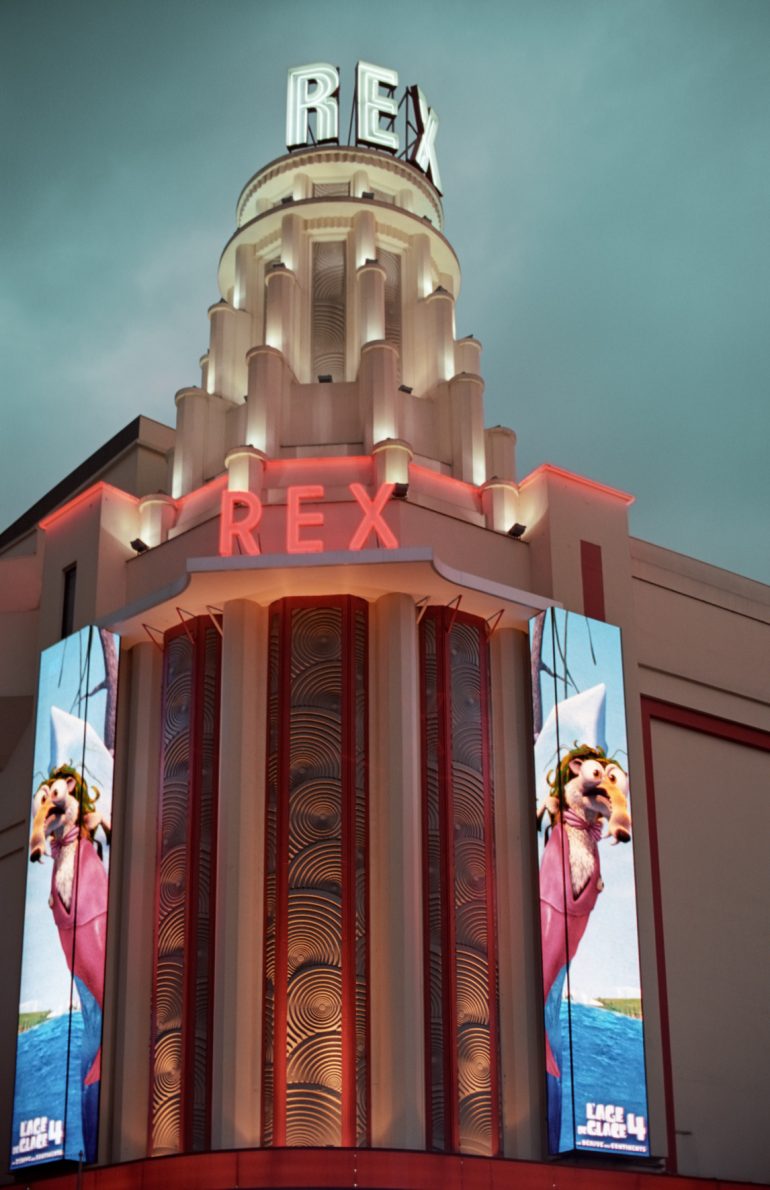 The largest single movie auditorium in Europe, Le Grand Rex is a stunning Art Deco theatre on Boulevard Poissonnière in the 2me arrondissement. It opened with the premiere of Les Trois Mousquetaires (The Three Musketeers) and the press called it ‘the most beautiful temple ever raised to the glory of the cinema’. Praise indeed. 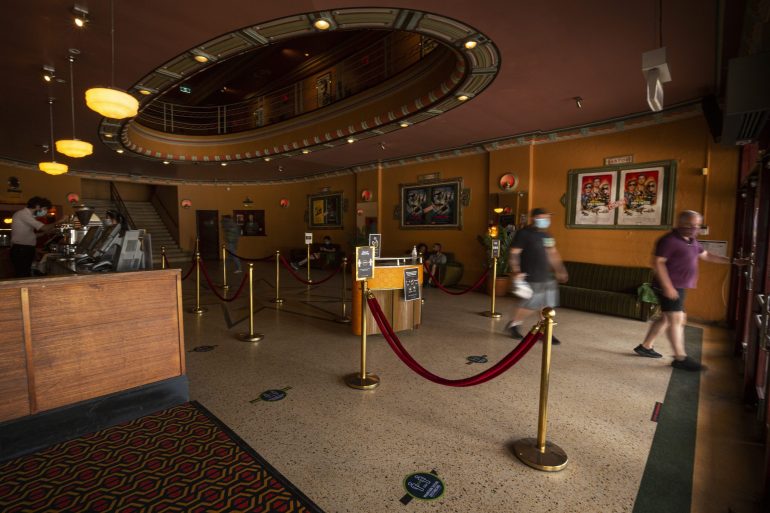 Opened in 1936, the Astor in the St Kilda district of Melbourne is the largest single-screen auditorium in the world purely for movies. It is a beautiful Art Deco building that transports you back to the Golden Age of Hollywood, for a cinematic experience encapsulating their founding philosophy of ‘Fine Films & Atmosphere.’ Certainly a contender for the largest cinema in the world. 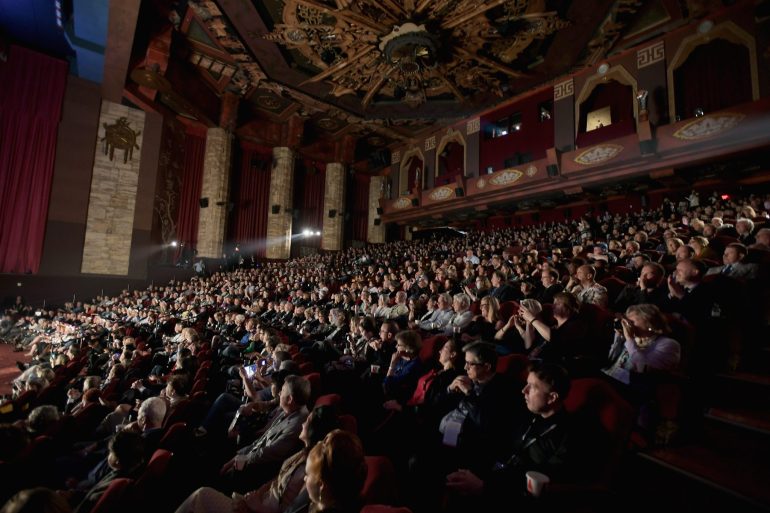 A Film Festival at Grauman's Chinese Theatre on A in Hollywood, California. (Photo: Charley Gallay via Getty Images)

It may not be the world’s biggest cinema but it is perhaps the most iconic. Located on Hollywood Boulevard and opened by American impresario Sid Grauman, the cinema – branded as the TCL Chinese Theatre – is famous for the concrete blocks in the forecourt with the signatures, handprints and footprints of the world’s biggest movie stars.

How Many Screens? The World's Biggest Multiplexes & Megaplexes 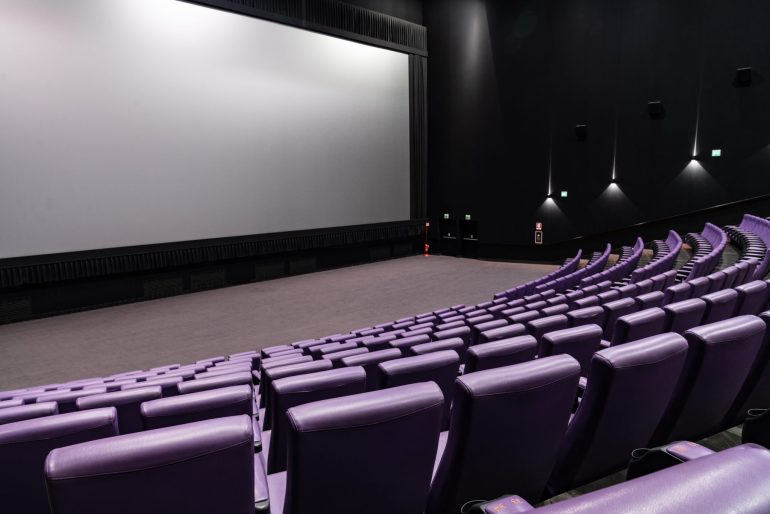 When does a multiplex become a megaplex? It’s a point of serious contention in the hardcore movie buff community. Some say a multiplex has more than five auditoriums and becomes a megaplex if it has fourteen or more. Others say it becomes a megaplex at sixteen or even twenty-four screens – but whatever the number, these are huge! 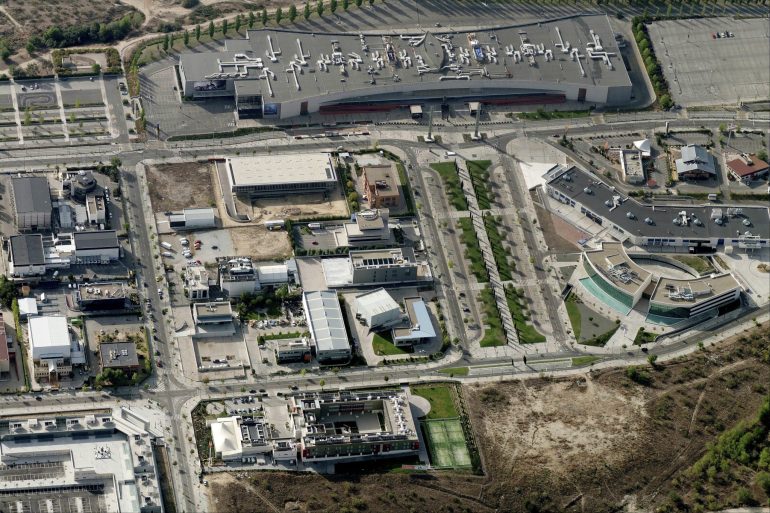 The title of biggest movie theater complex in the world goes to the Ciudad de la Imagen, or Movie City, in Madrid. Opened in 1998, it has 25 auditoriums ranging in size from 211 seats to Screen 25 with 996 seats. There are megaplexes that have more screens – the Marion Megaplex in South Australia with 26, the 27-screen UGC Ciné Cité Les Halles in Paris with over 3,900 seats, and the AMC Ontario Mills in California with 30 screens (the world’s biggest cinema when it opened in in 1996) – but none with more seats.

You Don’t Even Need To Leave The Car! 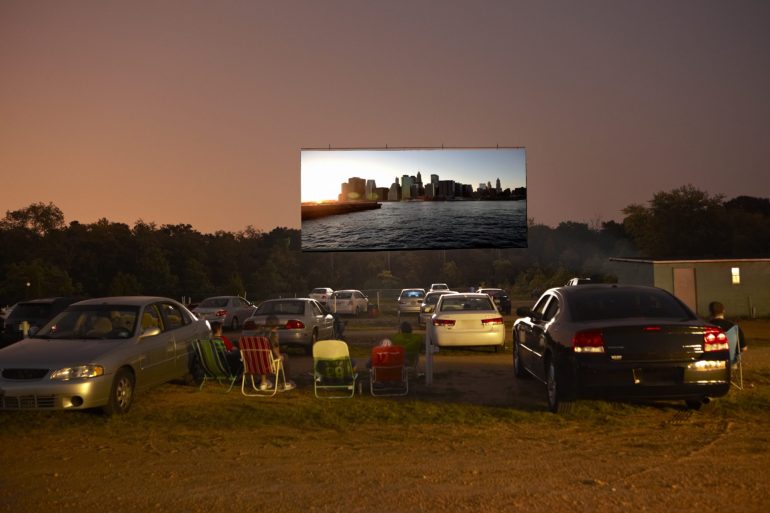 When you think of the biggest cinema in the world, you imagine parking your car, getting your tickets and popcorn and settling back in a comfy seat to watch the latest blockbuster on a massive screen. Sometimes though, you don’t even have to leave the car!

In 1933, the world’s first drive-in – the Camden Drive-In – opened in New Jersey and they have been an icon of American culture ever since, reaching their zenith with around 5,000 in the late 1950s through to the mid-1960s. Today there are around 400 drive-ins – mostly in America – and the world’s largest is the Fort Lauderdale Swap Shop in Florida with 14 screens.

Other contenders for the largest drive-in cinema in the world were the Johnny All-Weather Drive-In in New York – which had capacity for 2,500 cars and a 1,200 seat indoor viewing area – and the Troy Drive-In in Detroit which could accommodate 3,000 cars. Sadly both are long gone. And while some open air theatres still rank among the largest theatres in the world, it seems when it comes to cinemas at least people prefer plush seats, surround sound and extortionately-priced snacks!