Salmon, trout, eel and otters are just some of the wildlife found in and around the many rivers Wales has to offer. But what are the longest rivers in Wales? And which one is the longest Welsh river? Read on to learn more.

Wales is a country that is known for its stunning scenery, and its rivers are no exception. Known as “afons” in Welsh, these natural waterways are spiderwebbed throughout the landscape.

Some of the UK’s biggest rivers rise in Wales. This includes the longest one, the River Severn, which has its source in the Cambrian Mountains. However, most of the biggest rivers Wales has to offer do not remain solely within its borders. The Severn does so for only around 48 of its 220-mile journey.

In pursuit of the longest Welsh river, we’ll focus on the distance a given river travels within Welsh boundaries rather than overall length. And we’ll begin with the biggest river in Wales which remains solely there. This is the River Twyi. 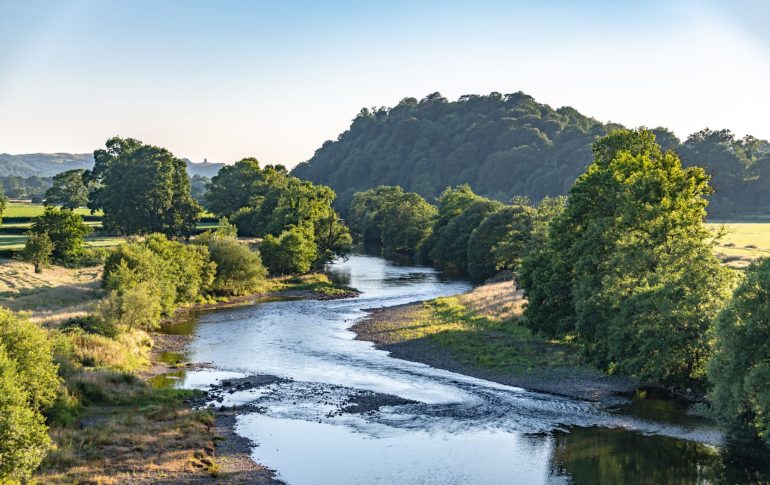 The longest Welsh river to run exclusively in Wales is usually said to be the River Twyi. Also known as the River Towy, it runs for approximately 75 miles through the southwest of the country, starting in the Cambrian Mountains and emptying into the sea at Carmathen Bay. Along its route, the biggest river in Wales passes through many of the country’s most picturesque locations, including the National Botanic Gardens and Gwenffrwd Dinas RSPB Nature Reserve. At one stage, it forms a natural border between the counties of Ceredigion and Powys.

The Twyi and its surrounding valley support a variety of wildlife. The river is famed for its trout, attracting fishermen from far and wide. In fact, Twyi holds the record for the site of the biggest ever fish caught by rod and line in Britain. The 9-foot-long sturgeon was caught in 1932. Of the mammals and bird species found in its vicinity, herons, otters and kingfishers are a common sight. 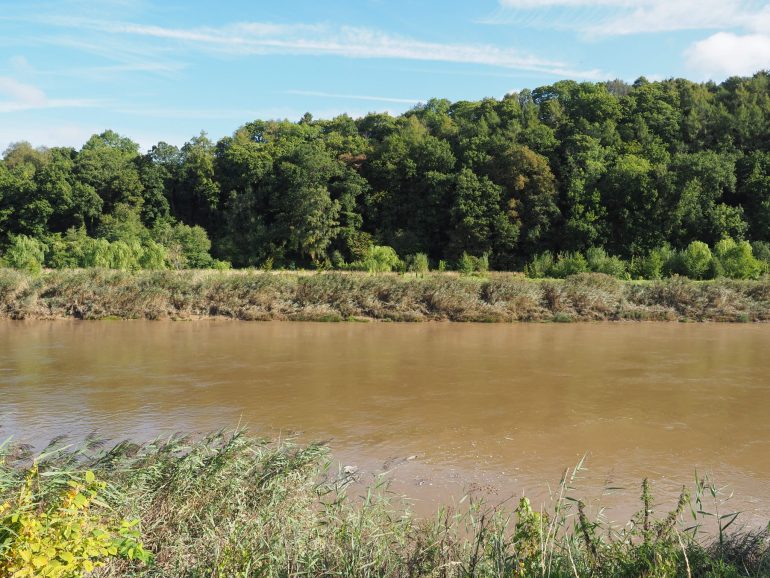 The River Wye or “Afon Gwy” is one of the most scenic as well as one of the longest rivers of Wales. It is also the UK’s fifth longest river, travelling 150 miles or so from Plynlimon in mid-Wales to its mouth in Chepstow in the Severn Estuary. Located mostly in Wales, it spends around 16 miles straddling the border with, and eventually crossing into, England. It flows through numerous towns and villages, including Builth Wells, Llandrindod Wells, Presteigne and Hay-on-Wye. The only city on its route is Hereford.

Many different species of wildlife call the River Wye and its valley home, including otters, water voles, kingfishers and salmon. This makes it a popular destination for fishing, bird watching and wildlife spotting as well as other outdoor pursuits such as canoeing and swimming.

It’s worth noting that pollution is a significant problem for the river and has had a detrimental impact on the wildlife therein. This has led to the Environment Agency working on an action plan to help improve matters. 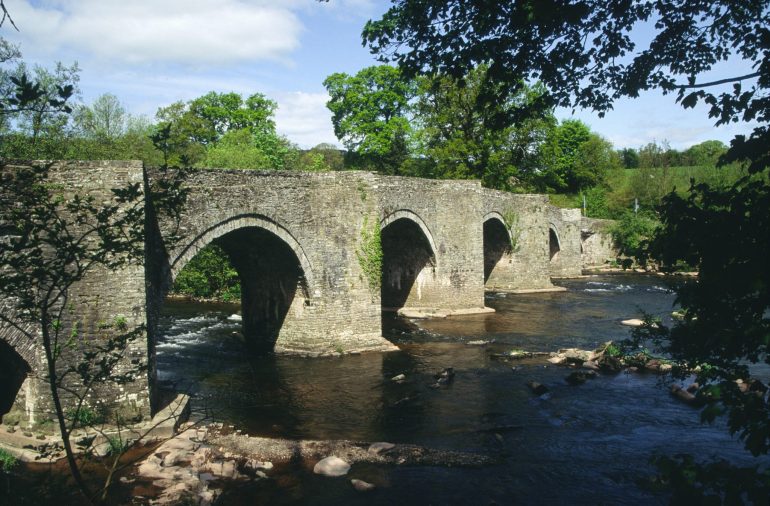 Flowing for approximately 78 miles, the beautiful and historic River Usk is one of the longest rivers in Wales. It rises in the Black Mountain in the Brecon Beacons then flows through the towns of Abergavenny and Usk itself, before emptying into the Bristol Channel at Newport.

Along its route, the Usk encounters many historic landmarks. For example, the 2nd century AD Caerleon Roman Fortress. This was once the home of the Legio II Augusta, a Roman Legion then stationed in Wales. Another site is the ruined Cistercian monastery, Tintern Abbey.

The Usk is a popular destination for both tourists and anglers, and is known for its salmon and trout fishing. 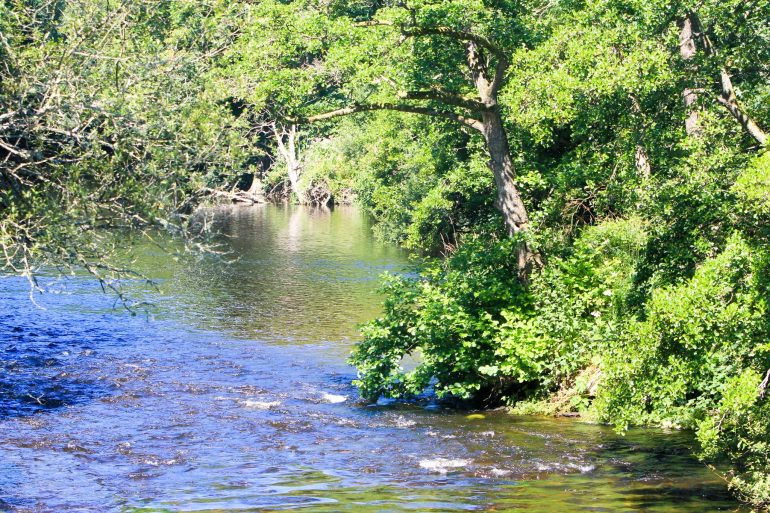 The River Teifi is one of the longest rivers in Wales, travelling a total of around 73 miles. Starting in the Cambrian Mountains, its route almost entirely follows the county border between Ceredigion and Carmarthenshire. It’s a popular spot for fishing, canoeing, and other water-based activities, white water rafting among them. The river is also home to a variety of wildlife, including otters and eels and is famed for its salmon and trout. 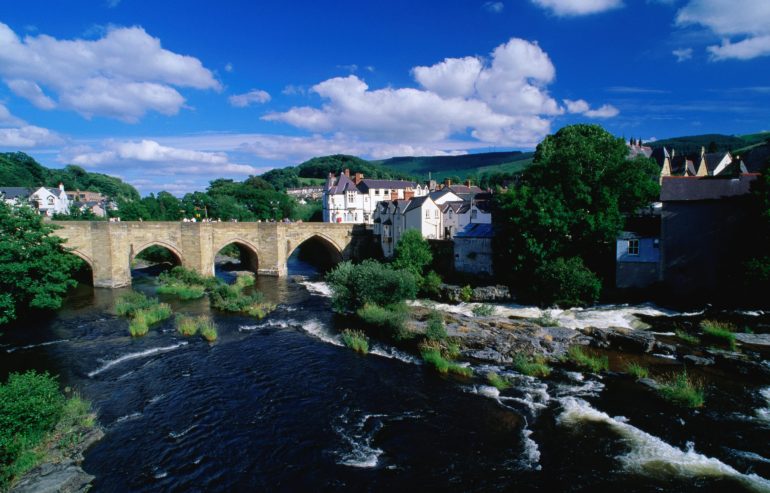 There are at least five rivers in the UK called Dee. The one in North Wales is also known by the Welsh name “Afon Dyfrdwy” and has a length of around 70 miles. Its source is located on Mount Dduallt in Snowdonia National Park, from which it flows down into and through the largest lake in Wales, Bala Lake.

The River Dee is a multifarious waterway. It has waterfalls, fjords and even rapids, making it a popular location for white water rafting. Along its route are many fascinating sites including Flint Castle and the UNESCO World Heritage site of the Pontcysyllte Aqueduct, an incredible feat of the industrial revolution. The river is itself a part of history, having once formed the border of the 5th century Gwynedd Kingdom.

Parts of the River Dee trace the border of England and Wales and it also enters England in places passing, for example, through the city of Chester. 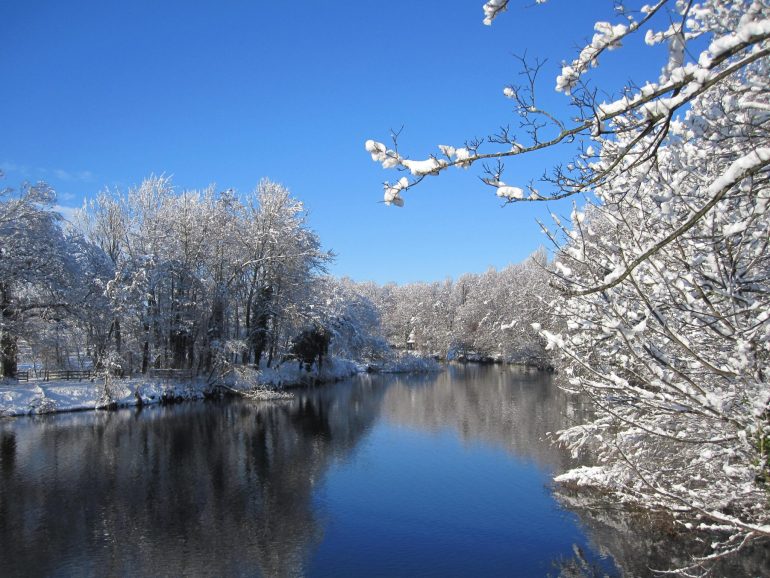 The River Taff or “Afon Taf” rises in the Brecon Beacons and flows through Cardiff before emptying into the Bristol Channel. The Taff is around 42 miles long and is a popular spot for canoeing, kayaking, and fishing.

Wales’ Longest Rivers and Beyond 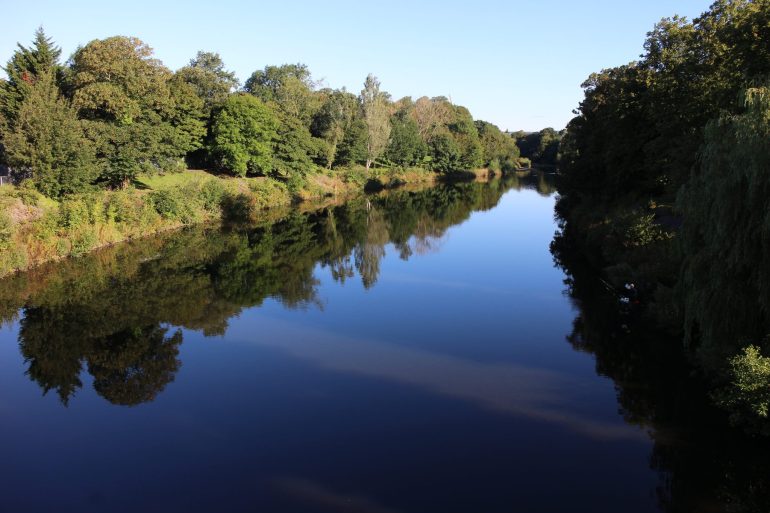 While the River Twyi is the longest Welsh river to remain exclusively in Wales, many of the longest rivers Wales has to offer do not remain there. Several of the UK’s more prominent rivers straddle the border with England or cross into it. Yet whether entirely located within Wales, or crossing the border across both countries, the rivers of Wales remain among the most picturesque and mesmerising places to explore.