What are the longest rivers in England? And which is the longest of them all? Go with the flow as we discover the river-ting facts and figures behind these winding waterways including how they’re measured.

England’s rivers have played a central role in so much of the country’s history, both human and geological. They are havens for wildlife and the scaffolding around which great cities have formed. In this article, we uncover the longest rivers of England and just how far these natural bodies of water flow from source to mouth.

Determining the length of a river is far trickier than it seems. There are often disagreements as to where these natural bodies of water begin, also known as the headwater or source, and where they end, known as the river’s mouth. Especially as these things can be subject to change. As to what qualifies a waterway as one of the longest rivers of England, there are questions as to whether to count those rivers that cross into Wales or Scotland.

And so, without further ado, here are the longest rivers England has to offer. 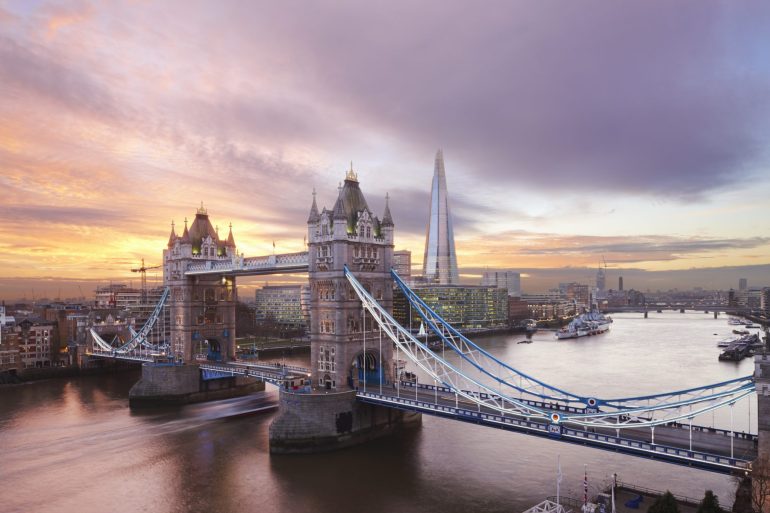 Tower Bridge and The Shard on the Thames (Photo: Laurie Noble via Getty Images)

Few would dispute that the longest English river, and particularly the longest exclusively in England, is the River Thames. Slightly more controversial is its actual length, especially the location of its source. Most official accounts list the Thames as running 215 miles from Thames Head in Gloucestershire to the Thames Estuary. However, there is a strong body of evidence to suggest that it begins 14 miles earlier in Seven Springs near Cheltenham. This would make it not only the longest river in England, but in the UK.

Whatever the case, The Thames has a long and illustrious history dating back as far as 58 million years. In fact, it would have originally been part of the River Rhine. It was only around 10,000 years ago that it began to take its current shape.

The Celts and Romans called it Thamesis. And its presence would certainly have been a deciding factor in the positioning of the Roman city of Londinium, which eventually became London. In the 1st century AD, the Romans built the first ever London Bridge.

Today, the river is mostly used for leisure activities, such as boating and fishing. It has 45 locks, over 200 bridges and supplies London with most of its drinking water. 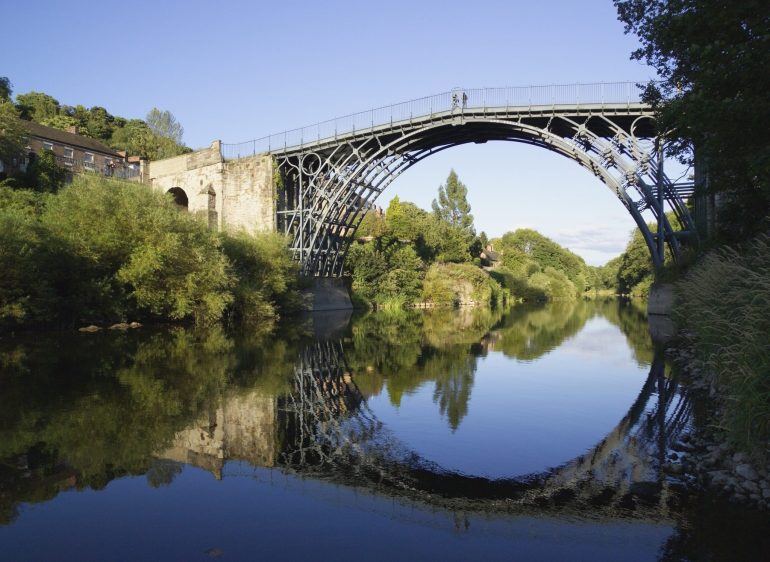 The River Severn (Photo: P A Thompson via Getty Images)

At 220 miles in length, the River Severn is usually cited not as the biggest river in England, but in the UK. And, while it has its headwaters in Wales, most of this length is located in England. Along its route are waterfalls, such as Severn Break its Neck near Llanidloes and 21 tributaries.

As well as being popular with boaters and canoeists, the Severn is home to many different species of fish, including salmon, trout, and eel. But it is its tidal bore for which the river is famed. This is a wave that travels upstream against the flow of the river. The bore can reach up to 49 feet in height and is a popular surfing spot for thrill-seekers.

The River Severn is an important part of British history and culture. It has been featured in many works of literature, including the poems of William Blake and the novels of Dickens and Hardy. 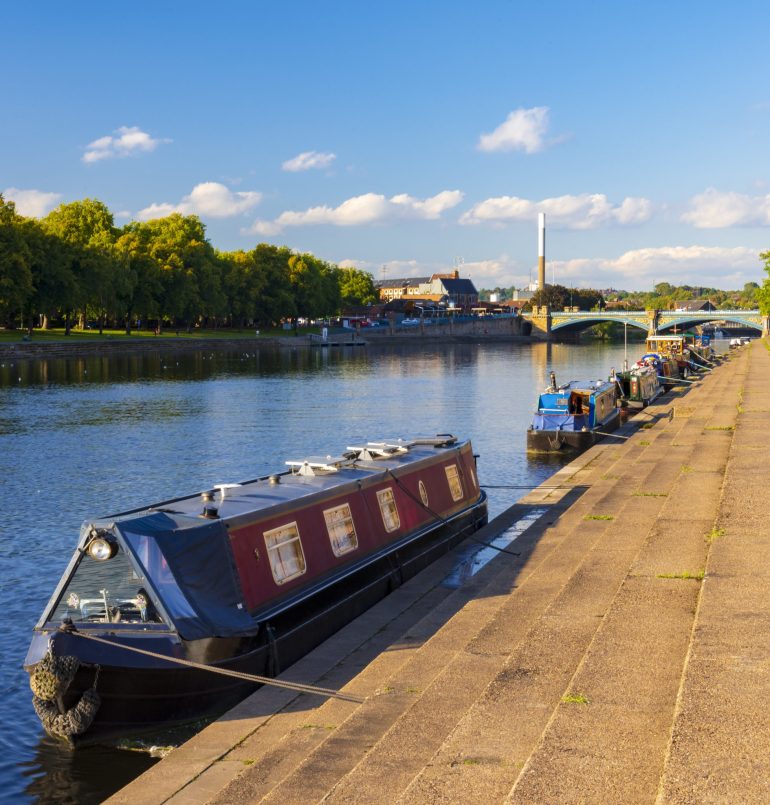 Beginning in the Staffordshire Moorlands and emptying into the Humber Estuary, the River Trent was once regarded as the literal divide between northern and southern England. Flowing for around 185 miles, it is the third biggest river in England and a key waterway for trade and transportation.

Significant conservation efforts have allowed the Trent to retain and, in some cases, reclaim, its wildlife and scenic beauty. The river is home to a variety of fish, birds and other animals, such as otters and is a popular destination for recreational activities such as fishing, boating and swimming.

The River Trent has a long history of flooding and even its name is thought to derive from an ancient word meaning “strongly flooding”. 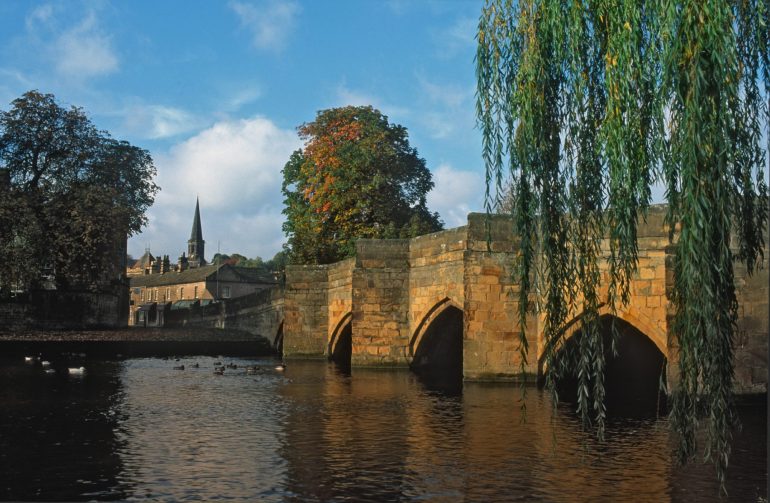 Like the Severn, the River Wye is shared between England and Wales, tracing the border between them for some 16 of its 155 miles. It travels from Plynlimon in the Welsh mountains to Chepstow in the Severn Estuary, with at least two Sites of Special Scientific Interest along the route. One of the biggest concerns regarding the River Wye is pollution. 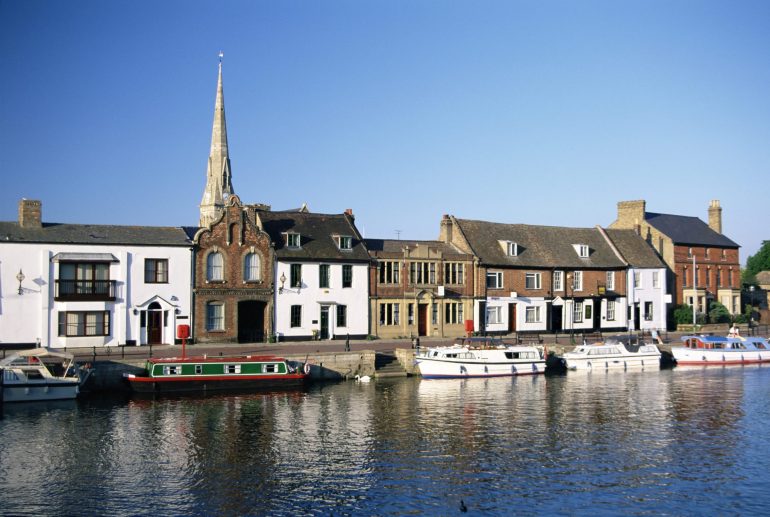 The fifth on this list of the longest rivers of England is the River Great Ouse. From its source in Syresham in Northampton to its mouth in The Wash in Norfolk, the Great Ouse is either 160 miles long or 143 miles long. In fact authorities disagree on it’s length and it’s source.

Otters, water shrews, and bank voles are just some of the wildlife found along the way and several sections of the river are popular with rowers as well as other outdoor activities. One of the Great Ouse River’s most distinctive features is its meandering path, caused by the slow speed of its water flow. Indeed, the name “Ouse” is said to mean “slow flowing waters”.

Identifying the Longest Rivers in England 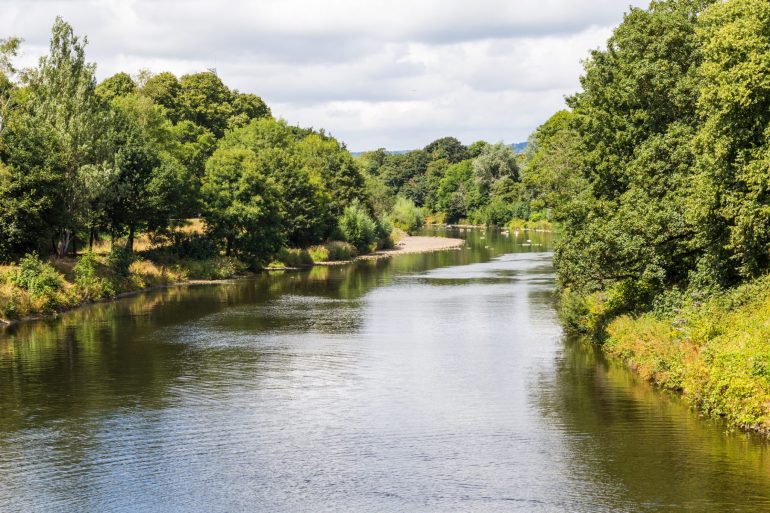 Spring time by a river (Photo: HildaWeges via Getty Images)

As we’ve seen, determining the biggest river in England is enough to drive a geologist around the bend. But we’ve done it, revealing the longest rivers England has to offer and identifying the River Thames as the longest English river.