The Highest Mountain in the UK

From rolling hills to highlands and sleeping giants, we're taking a tour of the highest mountains in Britain and the UK's highest mountains. So grab your compass and map and don your hiking boots. It’s time to climb.

When it comes to sheer size, the United Kingdom is on the smaller side of average as far as nations go. For context, eleven US states are larger than the UK, the nearest in size being Michigan. And yet, this small nation punches well above its own weight in geological and topographical diversity. In terms of mountains, it’s home to an impressive variety. Sure, there aren’t any 8,000ers to summit, but the UK’s highest mountains are marvels in their own right. 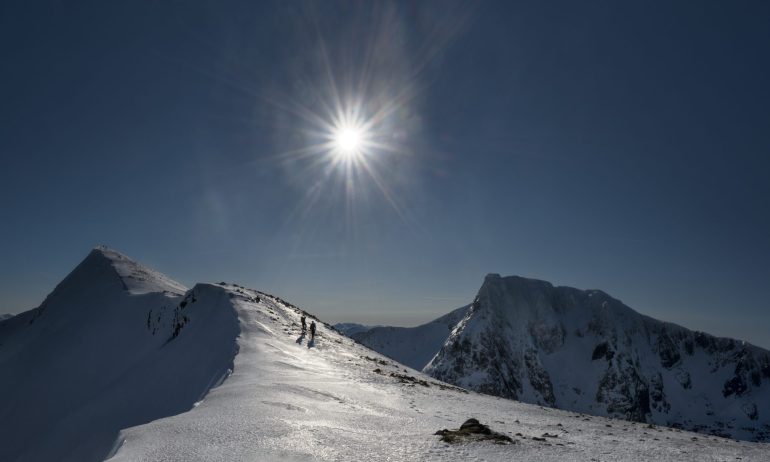 Ben Nevis: The Tallest Mountain in the United Kingdom 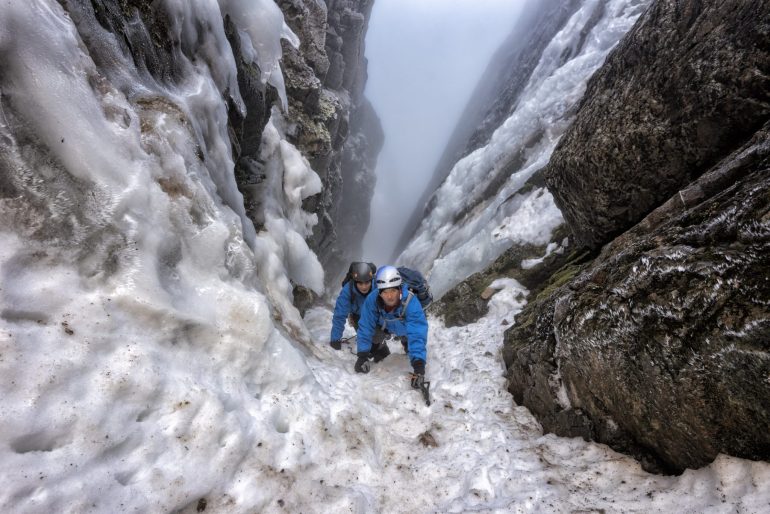 Standing at 4,411 feet high, Ben Nevis is the tallest mountain in the United Kingdom. Home to a variety of wildlife, including red deer, golden eagles, and ptarmigans, the area around the mountain also includes numerous archaeological sites, including cairns, stone circles, and Iron Age hillforts. It’s located in the Grampian Mountains in the Scottish Highlands and has been climbed by many notable figures including Sir Edmund Hillary and David Grey.

Despite its height, Ben Nevis is widely considered an easier mountain to climb than other high peaks in the region, with many routes leading to the summit. However, the weather on Ben Nevis can be very unpredictable, so climbers need to be prepared for all conditions. 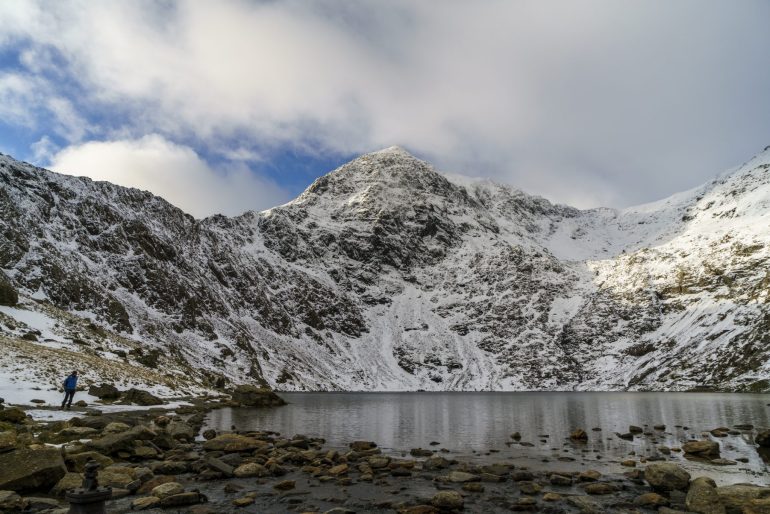 The summit of Snowdon in winter (Photo: John Rees / EyeEm via Getty Images)

Snowdon is the highest mountain in Wales and the highest peak in the UK outside the Scottish Highlands. Located in the Snowdonia National Park in the northwest of the country, it rises to 3,560 feet above sea level

Snowdon, or Yr Wyddfa in Welsh, is the most popular mountain in the United Kingdom for hillwalkers, and the busiest mountain in Wales. It’s estimated that around half a million people walk to the summit each year. The 21-mile-long Snowdon Horseshoe path skirts the edges of 11 peaks including Snowdon itself. Other notable summits on this route include Garnedd Ugain (3,494 ft) and Crib Goch (3,028 ft). 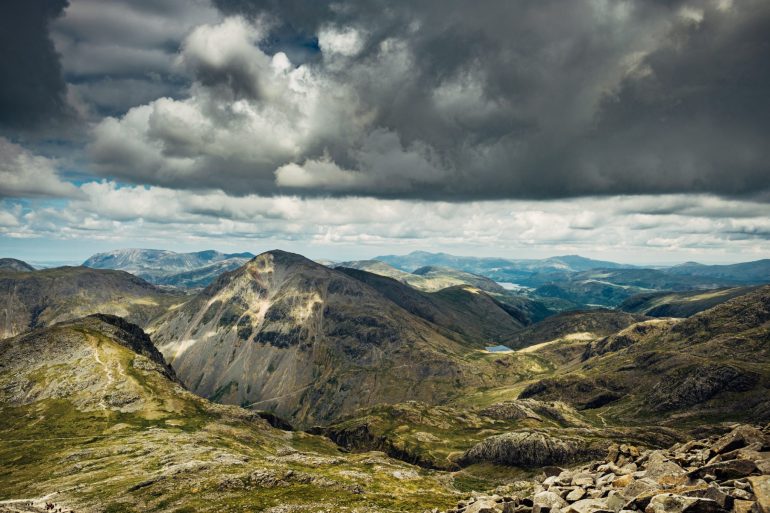 Viewpoint from summit of Scafell Pike in the Lake District.

All of England’s tallest mountains are located in the Lake District, including its tallest, Scafell Pike. Standing at 3,209 feet, Scafell Pike is the 137th tallest mountain in the United Kingdom and has a long and rich history. It’s been climbed by everyone from royalty to literary figures, and has been the scene of a number of famous events. The mountain is also steeped in legend, with stories of ghosts, giants, and buried treasure.

Scafell Pike is part of the Scafell massif, which also includes the peaks of Sca Fell and Ill Crag.

A popular destination for walkers and climbers, there are several routes to the summit, most of which are challenging. The mountain is also home to a number of wildlife species, including red deer, mountain hares, and peregrine falcons. 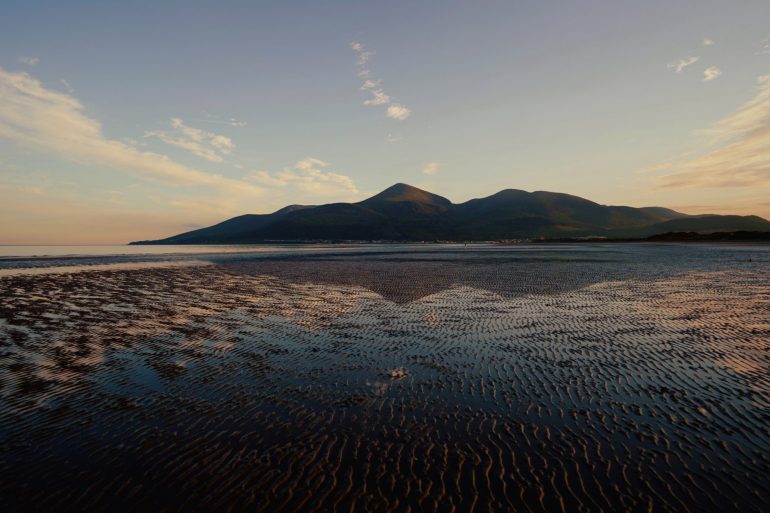 At an elevation of 2,796 feet, Slieve Donard is the tallest mountain in Northern Ireland. It’s also the 314th highest peak in the UK. Slieve Donard is part of the Mourne Mountains, which are a range of granite mountains located in County Down in the southeast of Northern Ireland. The mountain is named after Saint Donard, who was an early Christian missionary to Ireland. 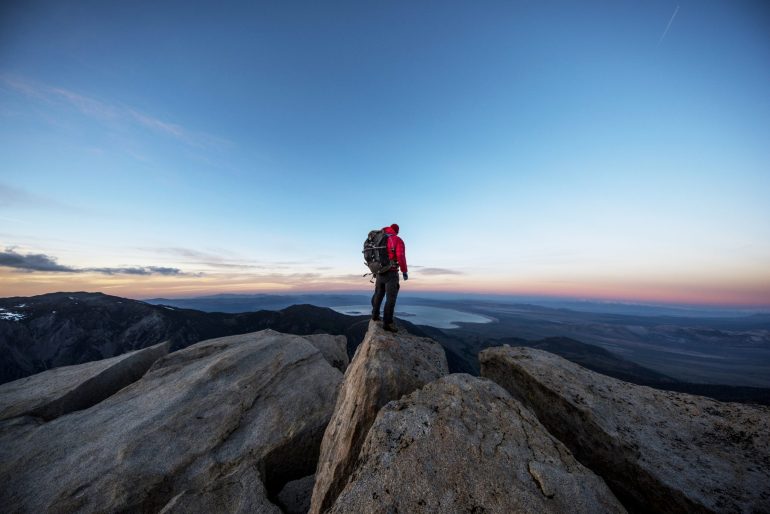