The Phaistos Disc is amongst the most enigmatic of archaeological finds, its purpose, origins, even how it was made are still hotly debated. However, at the core of it all, decoding the mysterious Phaistos Disc symbols is a prize coveted by scholars worldwide. So, has anyone succeeded in deciphering this most unusual message? Or is it still up for grabs?

An elaborate fired-clay disc with a spiral of symbols stamped on both sides, the Phaistos Disc has been interpreted as everything from a court list to a prayer, a poem to a curse.

To the archaeological community, it is an enigma that has divided opinions ever since its discovery in 1908. Written in a language nobody can identify or decipher, everything from the Phaistos Disc meaning and purpose, to its origins and creation, are a matter of intense debate. Housed at the Heraklion Archaeological Museum, some even claim that this controversial artefact is a fake.

What is the Phaistos Disc? 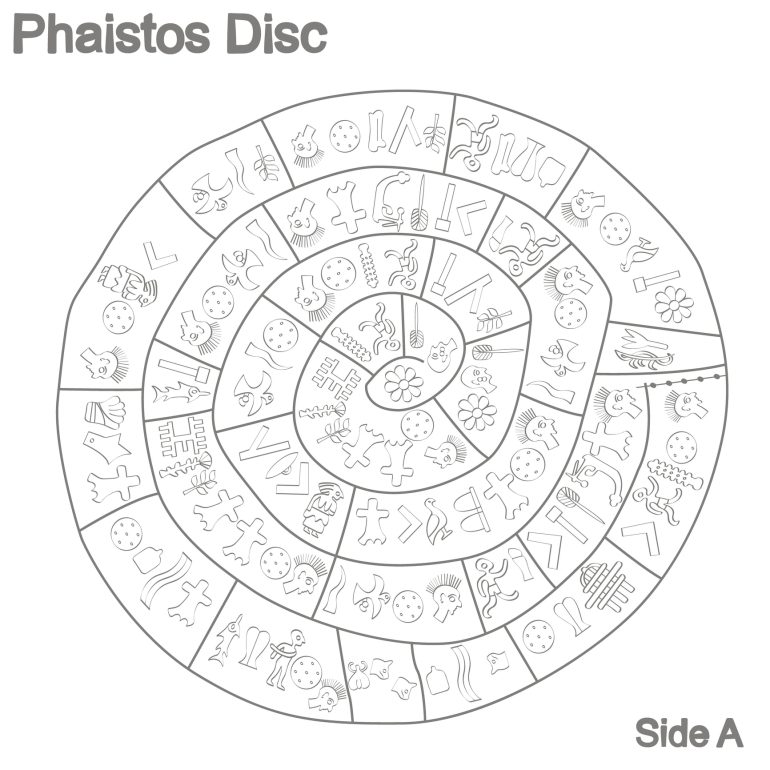 Scholars have long debated the origin, method of production and purpose of the Phaistos Disc, but what exactly is it?

In the simplest terms, the Phaistos Disc (also spelled Phaistos Disk or Phaestos Disc) is an ancient decorated cylinder made of fired clay. About three-quarters the size of a frisbee, its seemingly handmade quality means its dimensions vary slightly in places. So its diameter ranges from 15.8 to 16.5cm and its thickness from 1.6 to 2.1cm.

The infamy of this artefact lies primarily in the mysterious Phaistos Disc symbols etched on both its sides. Not only have experts struggled to decipher their meaning, but even the language in which they are written is as yet unknown.

There are 242 hieroglyph-like images in all, comprising 45 different symbols as well as dashes and dots. People, plants and animals are amongst the imagery stamped on the disc. The most common glyphs include a bell, a walking man and a cat head.

Where was the Phaistos Disc from? 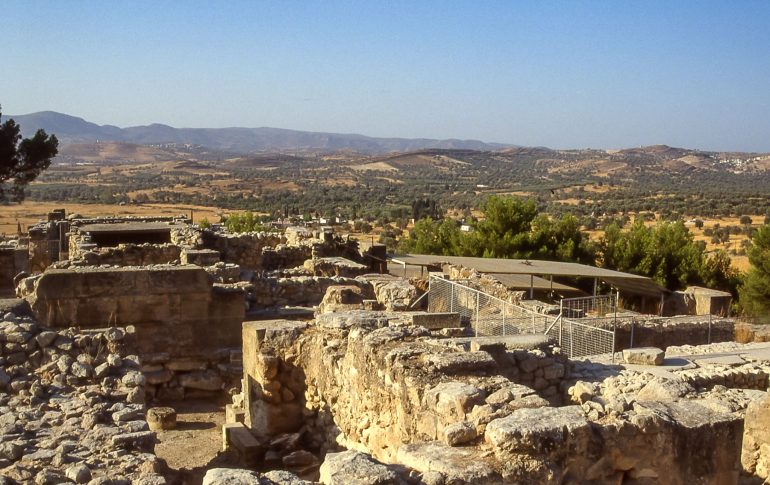 One of the main clues in deciphering the Phaistos Disc is where it was found. It is named after the archaeological site where it was discovered in 1908. Located approximately 40 miles south of Heraklion, Crete, Phaistos – also spelled Phaestos, Festos and Phaestus – was inhabited from as early as 4000 BC and became an important Minoan city. The artefact itself was found in the site’s Old Palace, which dates back to circa 1900-1700 BC. The disc has been dated to around 1850 BC to 1550 BC, although this too is in dispute – with some placing it at almost any time in the second millennium BC.

How was the Phaistos Disc made? 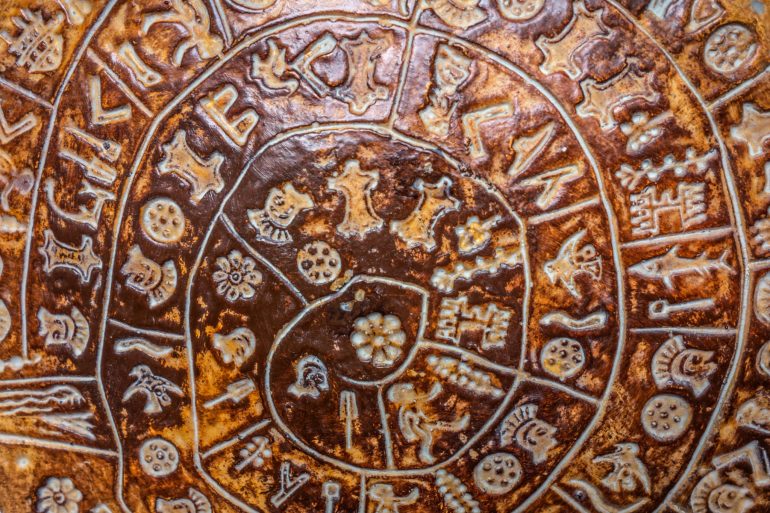 A close up of all the symbols (Photo: ivanoel28 via iStock)

A lot of attention has been given to the unique methods by which the Phaistos Disc was created. Prior to being baked at a very high temperature, the symbols appear to have been stamped onto the clay by what most believe to have been metal dies. This in itself makes the disc unusual, leading to it being called the oldest known form of moveable type. In other words, it was created using movable components – thought to be metal seals or stamps – to reproduce the symbols. Not only had this method never knowingly been used before, but the next time it would be seen applied in this way would be by Gutenberg in 1450 AD.

It would also have taken a lot of work to produce the metal dies for just one disc. This has raised speculation that other discs might have been made from the same stamps. Some even think it may have been mass produced. However, not only have no other similarly stamped artefacts been found, but the dies or seals themselves have never been located. 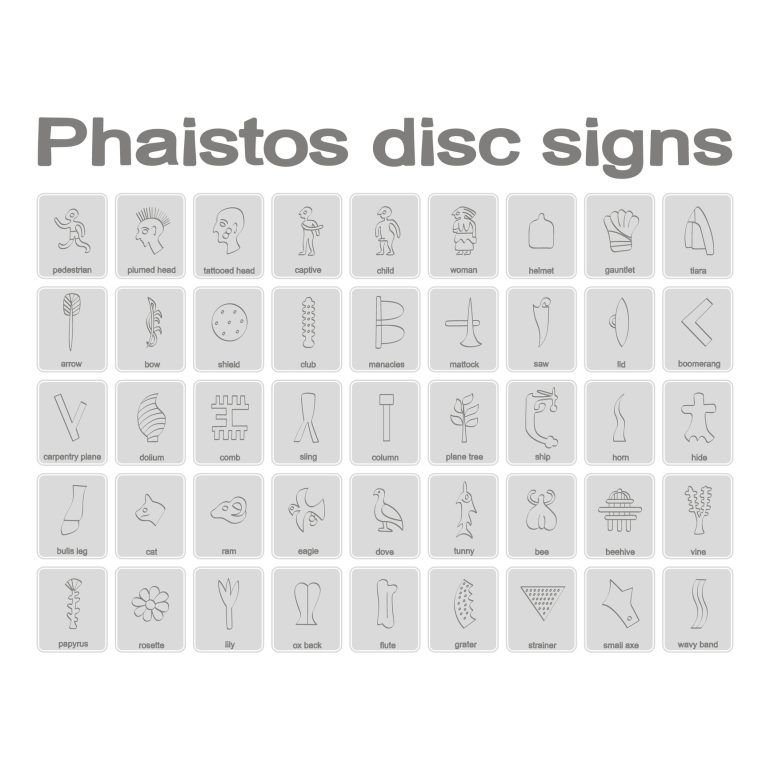 There have been many attempts to decipher the Phaistos Disc, some by experts in various academic fields, others considered pseudoscientific.

Linguists have attempted to fit the Phaistos Disc symbols into any known writing system, but have as yet to reach a conclusive answer. There is even a dispute as to which direction it should be read.

This uncertainty has not been for lack of trying. The Phaistos Disc symbols have been claimed to be a remarkable array of languages, including the Minoan writing system Linear A, Mycenaean Linear B, Anatolian and Egyptian Hieroglyphs, Semitic and even Indo-European ones. Most commonly it has been compared to Ancient Greek dialects, with different theories in this vein from Florence Stawell (1911), Jean Faucounau (1975) and Steven R. Fischer (1988).

The Writing System of the Phaistos Disc Symbols

On a more basic level, even categorising the Phaistos Disc symbols into one of the three main writing systems – pictographs, syllabaries, and alphabets – has proved challenging. There are arguments for all three, as well as hybrids of them, but the most popular school of thought is that it is a syllabary system – a set of symbols representing phonetic syllable sounds.

In favour of this, it is argued that there are too many symbols on the disc for it to be an alphabet, but too few for a pictographic system. However, critics point out that the Phaistos Disc symbols are not evenly distributed as one would expect under this system, with some not even appearing on both sides. 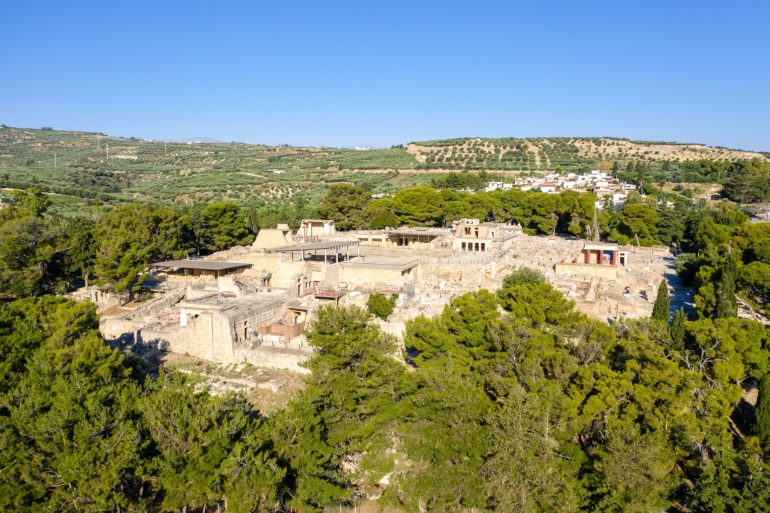 The ruins of the Minoan palace (Photo: Gatsi via iStock)

Despite being found at an important Minoan site, scholars have not taken for granted that the Phaistos Disc is in fact Minoan in origin. Nevertheless, there is plenty of other evidence to point to the Minoan Phaistos Disc theory, particularly its symbols. These include cattle, lilies and dolphins, all often found in Minoan art. One particular image of a man with a Mohican hairstyle is said to resemble clay statues found at two of Crete’s other Minoan sites – Traostalos and the cave at Arkalochori – especially the Arkalochori Axe. Some even speculate that this axe, also at the Heraklion Museum, is written in the same language as the Phaistos Disc, albeit with seven additional symbols.

Likewise, the spiral arrangement of the symbols is compatible with other works ascribed to this culture, such as the Mavro Spilio ring. This gold signet ring, found in Knossos, includes Linear A writing. Indeed, some of the symbols on the Phaistos Disc are said to resemble Linear A. This would support the claim that it is Minoan, although again this is disputed. What’s more, Linear A has yet to be deciphered itself.

Claims that the Phaistos Disc meaning has been uncovered have been made many times over the years. Theories abound as to what it may have been. People have called it a list of religious centres, a healing ritual inscription, a poem, a hymn, a curse, a magical spell, musical notation and a court list, to name a few.

In their 1985 book, The Genius of the Few, Christian and Barbara Joy O’Brien – who saw the disc as a link between Cretan and Sumerian civilisations – posited that the symbols wrote out an old nursery rhyme.

In 2017, linguist researcher, Dr. Gareth Owens from the Technological Educational Institute of Crete claimed to have interpreted it as a prayer to the Minoan earth goddess, Aphaia.

And in 2022, Silvia Ferrara compared it to the Ancient Egyptian board game mehen, which was played on circular tablets. 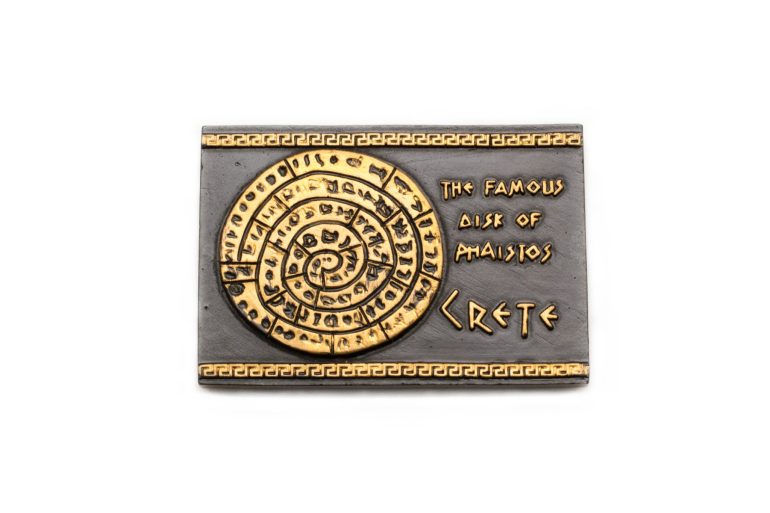 Some scholars, such as the Editor-in-Chief of Minerva Magazine, Jerome M. Eisenberg, Ph.D., argue that the Phaistos Disc is in fact a forgery. Eisenberg in particular has pointed to the uniqueness of the artefact and its clean lines when compared to other finds such as Etruscan Magliano Disc. While most do not ascribe to the hoax theory, others, such as linguist Andrew Robinson, have called for the disc to be subject to a thermoluminescence test to verify its age.

A Mystery Without End?

While there is little upon which experts can agree with regard to the Phaistos Disc, there is one element of general consensus: that the sample of writing on the disc is too limited to be decisively interpreted. The only real hope is that similar objects are found. In the meantime, it seems the Phaistos Disc meaning is likely to remain a mystery.