Is there an alien satellite spying on Earth from orbit? That is the question at the core of the Black Knight Satellite mystery. And while scientists have refuted the notion as a conspiracy theory, it is one that continues to garner support.

The Black Knight Satellite conspiracy holds that there is a 13,000-year-old alien spy satellite or spaceship orbiting Earth.

It is said that NASA astronauts have inspected the satellite, but only a select few people on the planet know of its existence.

Beyond this, it is difficult to discern one cohesive theory as to the existence of this satellite, and most argue that it is merely a myth made up of disparate, unrelated stories.

The Origins of the Black Knight Satellite Conspiracy 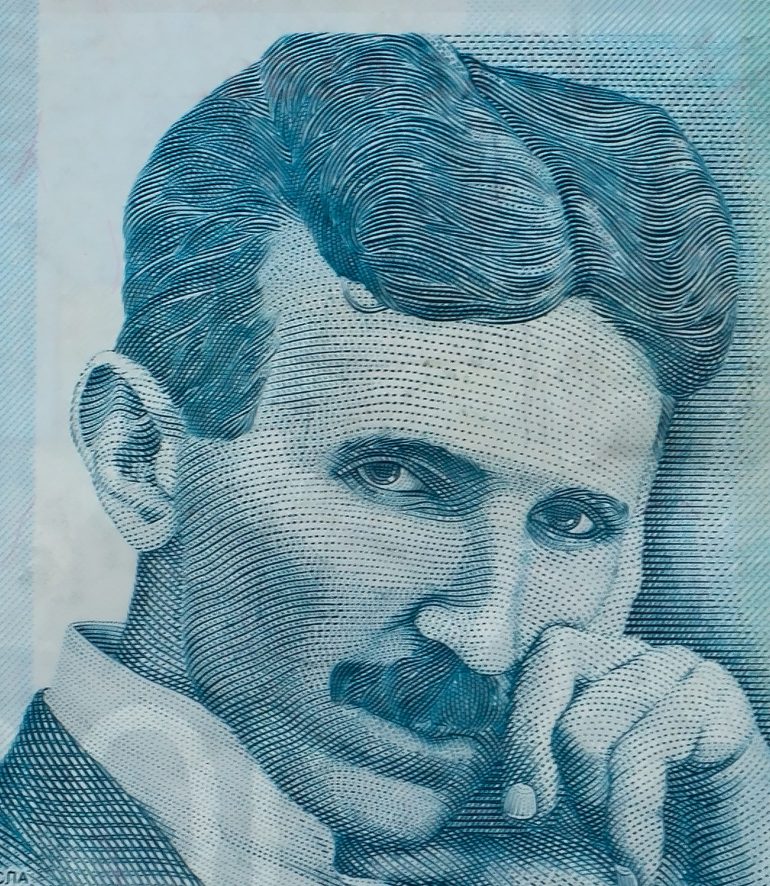 Perhaps the most significant enigma in the Black Knight Satellite mystery is its name. At this time, there is no definitive answer as to who coined the term “Black Knight” or even “Dark Knight Satellite”, and it’s unlikely we’ll ever know. Even the origin of the very idea of aliens using a spy satellite is murky, but it is most commonly traced back to one man: Nikola Tesla.

In 1899, Nikola Tesla (1856-1943) declared to the world that he had intercepted a message from aliens. The Serbian-American physicist and electrical engineer recounted to various newspapers that he had been conducting unrelated wireless power experiments in a purpose-built tower at his home in Colorado Springs. That’s when he stated that he had received radio signals which he interpreted as “the greeting of one planet to another,” according to a 1901 article he wrote in Collier’s Weekly.

In 1923, he told the Albany Telegram that the most likely source was from intelligent life on Mars and hypothesised that the message was numerical, stating, “I believe the Martians used numbers for communication because numbers are universal.”

The scientific community has since offered numerous naturally occurring explanations for Tesla’s signals, most notably that they were emitted by spinning neutron stars or “pulsars”. Signals from pulsars are detectable from Earth, but were only discovered in 1967. 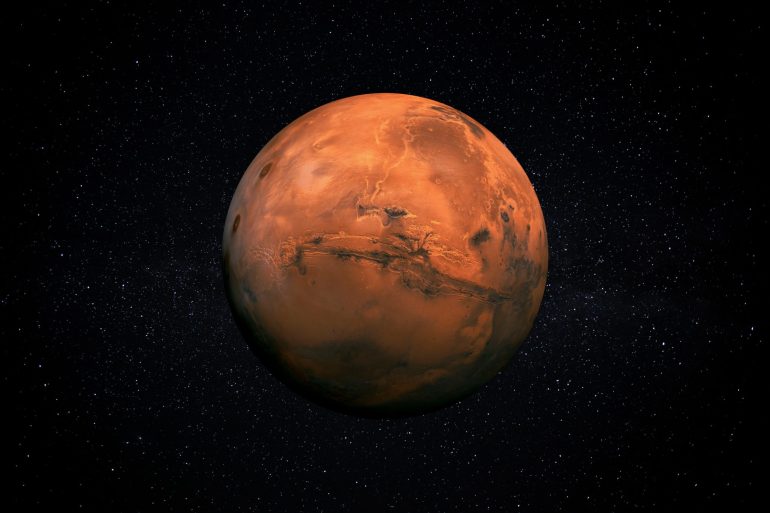 There is no evidence that Tesla ever mentioned the idea of a Black or Dark Knight satellite, nor that he ever intimated the concept of a spaceship orbiting Earth, let alone one with the purpose of intelligence gathering. However, this is usually hailed as the starting point for the Black Knight Satellite mystery.

After Tesla, the Dark Knight conspiracy is made up of a series of unrelated scientific findings and pseudoscientific conjecture, often related to radio signals. In 1927, a Norwegian civil engineer and ham radio hobbyist called Jørgen Hals reported receiving strange responses to his ham radio signals. Hals reportedly saw these as deriving from aliens.

Interestingly, Hals may have made a scientific discovery in his observations, but not the one he thought. He might have been the first person to hear what are now known as Long Delayed Echoes (LDEs).

The next oft-cited work is that of science fiction author Duncan Lunan. An amateur astronomer, in 1973 Lunan researched the phenomenon of LDEs and posited that they were intelligent transmissions from a probe originating from Epsilon Böotes. Citing Stan­ford University’s Professor Ron Bracewell’s theory of alien probes (known as Bracewell Probes), he believed that such a probe had been hidden behind the Moon for some 13,000 years.

Despite Lunan specifically refuting any connection with the Black Knight Satellite mystery, his name is almost universally mentioned in its history. And, perhaps he unintentionally influenced the theory with his figure of 13,000 years. 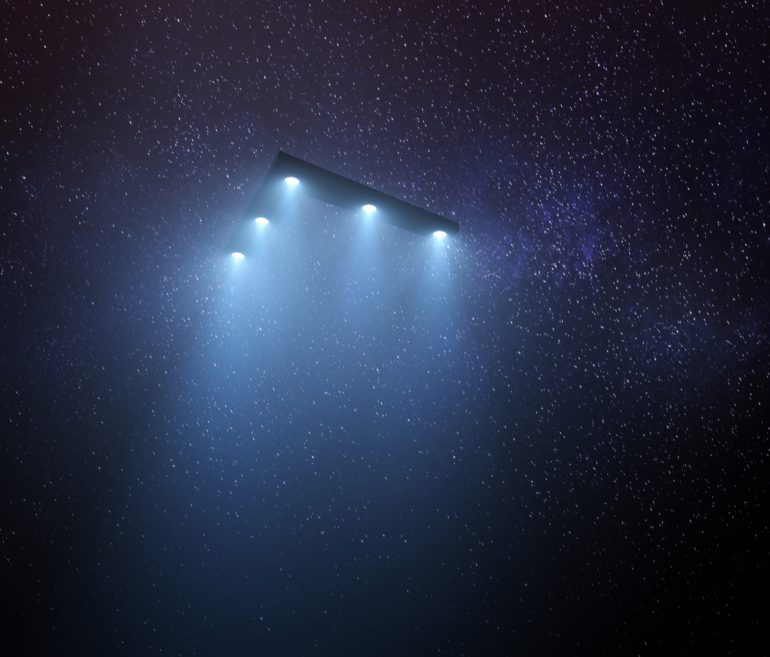 Besides scientific findings and theories, Black Knight theory proponents have drawn on media reports to support their claim. One such example was the 1960 Time Magazine article about a Soviet spy satellite detected by the US Navy. Despite this later being identified as a fragment of early US satellite Discover 5, it remains a part of Dark Knight lore.

The same applies to the story of Gordon Cooper, the Project Mercury astronaut who was reported to have seen a UFO while in space in 1963. Despite refuting these claims and providing transcripts from the mission, the incident is still cited as ‘proof’.

And yet it is a photo taken by NASA in 1998 that is seen as the conclusive evidence for the Dark Knight Satellite conspiracy. This murky image of a silhouette of unidentified shape is said to be a photo of the Black Knight itself.

The photo in question is known as STS088-724-66 and was taken during the first Space Shuttle mission to the International Space Station. So, what does this enigmatic image depict? According to NASA, it’s space junk. In fact, it is most probably a thermal blanket dropped by astronaut Jerry Ross during a space walk. The loss of the blanket was even captured on film.

One theory on the origin of the name “Black Knight” satellite refers to the British research ballistic missile by that name. Part of the development of the Blue Streak Missile, the Black Knight referred to a type of expendable test rocket. 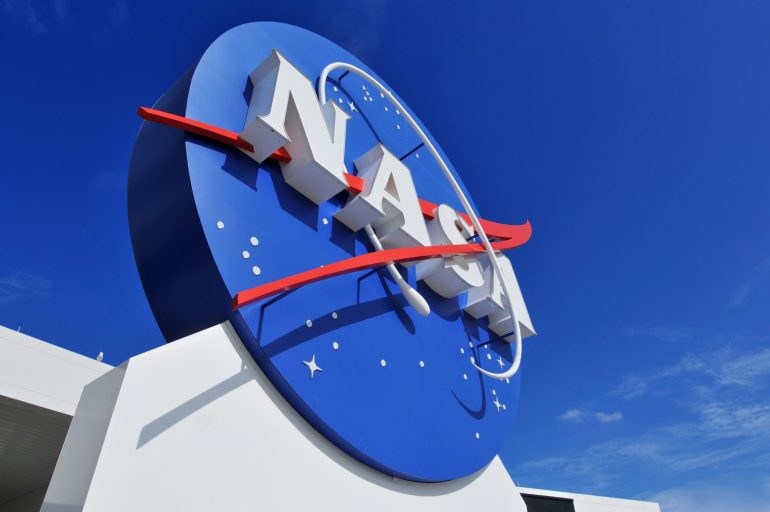 Thus the crux of the Black Knight Satellite mystery comes down to one question: Ancient alien spaceship orbiting Earth or space junk? From Tesla to STS088-724-66, the journey of the Dark Knight conspiracy theory is a meandering – one lacking a scientific basis or defined origin.

Nevertheless, its supporters are convinced in their belief, and are unlikely to be convinced otherwise by any evidence provided by NASA, the very agency they often suspect of covering it up.