The Lapérouse Expedition disappeared in 1788, launching a search that would endure for centuries. So what happened to Jean-François de Galaup comte de Lapérouse and his crew on their ambitious journey?

On his way to the guillotine in January 1793, King Louis was said to ask, “Any news of La Pérouse?” He was speaking of Jean François de Galaup, comte de Lapérouse, leader of one of France’s most ambitious exploratory expeditions. Nothing had been heard from the Lapérouse Expedition since they left New South Wales on 10th March 1788. So, what did happen to La Pérouse and his crew? The answer would elude explorers for a long time to come. 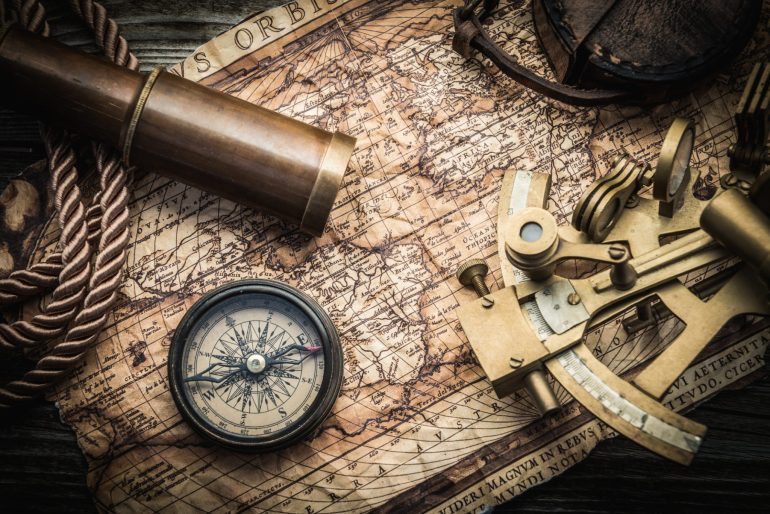 The 18th century was a time of great scientific exploration. The Age of Discovery had passed and the Enlightenment had imbued society with a desire to pursue knowledge.

It was the era of Captain James Cook and his adventures around the world. It was six years since Cook’s death, on his third and final attempt to find the Northwest Passage.

Now French King Louis XVI wanted discoveries of his own. Thus he commissioned an ambitious exploratory voyage through the north and south Pacific, the Far East and Australia. Amongst its lofty objectives were the establishment of trade contacts, finding new trade routes and advancing scientific knowledge. And it would build on Cook’s maps and discoveries, as well as employing many of his methods. 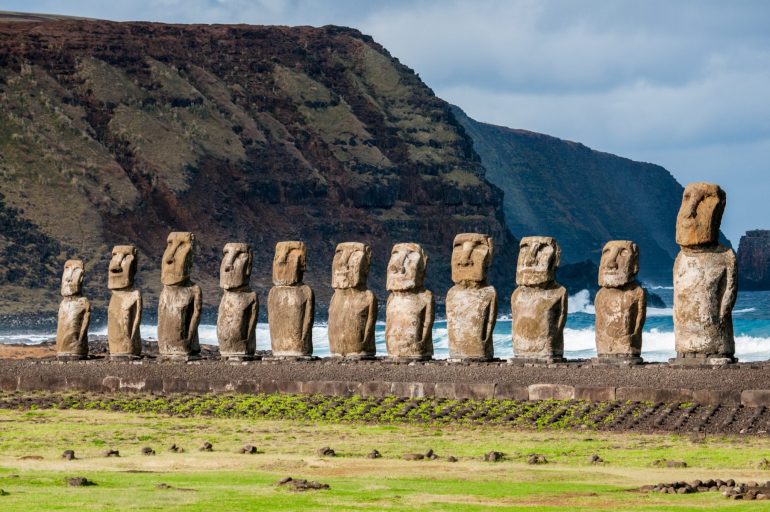 Jean François de Galaup, comte de Lapérouse, is usually known simply as Lapérouse. Born in the commune of Albi in southern France, Lapérouse enlisted in the French Navy at 15 and went on to enjoy a successful career. At the time of his appointment to the expedition, the 44 year-old had attained the rank of commodore.

In The Footsteps of Captain James Cook

Lapérouse was himself an avid follower of the work of Captain James Cook and emulated many of his methods in his expedition.

Everything about the Lapérouse Expedition was rooted in the concepts of precision, preparation and scientific rigour. There were ten scientists in the 220-strong crew. Among them were astronomer and mathematician Joseph Lepaute Dagelet, geologist Robert de Lamanon and botanist La Martinière. Even those not involved in the technical aspects of the mission, such as the chaplains, had some scientific understanding.

Ahead of the departure, Laperouse conducted extensive research into Cook’s voyages, enlisting chief engineer Paul Monneron to collect information ranging from Cook’s scientific tools to his manner of trade with locals along the way. He even employed the captain’s anti-scurvy treatment, which was said to be successful.

The Departure of the Lapérouse Expedition

The Lapérouse Expedition departed from Brest, Brittany on 1st August 1785, travelling south. It was comprised of some 220 crew, across two 500-tonne ships. Lapérouse captained La Boussole and Paul Antoine Fleuriot de Langle was in command of L’Astrolabe.

As a side note, one man not on board was a particular second lieutenant from Paris’ military academy by the name of Napoléon Bonaparte. Then 16-year-old Bonaparte had applied, but was rejected.

Over the coming years, the Lapérouse Expedition would travel thousands of miles. It would cross the Atlantic, Indian and Pacific oceans on several occasions, and visit an astounding array of places. Beginning with Chile, they moved onto Hawaii, Alaska, America, East Asia, Japan and Russia before travelling to the South Pacific.

They saw the statues at Easter Island, created intricate maps and charts they would send back to France, and Laperouse is said to have been the first European to have visited the island of Maui. In Spanish Las Californias Province, now California, they observed the Franciscan missions, Laperouse drawing parallels between the treatment of the indigenous peoples at the missions and slave plantations.

It’s worth noting that previous claims that the Lapérouse Expedition witnessed the only ever eruption at Mount Shasta have since been disproved. This was originally said to have happened on 7th September 1786. Geologists believe that Mount Shasta has never in fact erupted and that the smoke the crew saw was from a grassland fire.

Along with their many successes, the Lapérouse Expedition did encounter terrible adversity. On 13th July 1786, at what is now Lituya Bay, 21 men were lost when a barge and two longboats were swept away by heavy currents.

However it was on Navigators’ Islands, Samoa on 11th December 1787 that they were attacked by locals. Twelve of the crew were killed, including Lamanon and the Lapérouse Expedition’s second in command, de Langle. Twenty more men were wounded.

The Lapérouse Expedition fled Samoa and, on 24th January 1788, they landed in Botany Bay, Australia, where Laperouse was to observe the British penal colony, established in New South Wales. The expedition would spend the following six weeks there, meeting regularly with the British convoy that would come to be known as The First Fleet.

On 17th February 1788, one of the men injured in Samoa, the chaplain Father Louis Receveur, succumbed to his wounds. He was buried at Frenchman’s Cove.

On 10th March 1788 , the Laperouse Expedition left Botany Bay. Before the two ships set off for New Caledonia, Laperouse had managed to send a report back to France on the British ship Alexander. He could not have known that it would be his last. The Lapérouse Expedition would never be heard from again.

The Rescue Attempt of d’Entrecasteaux

It was over three years later, on 25th September 1791, that the first search was mounted for the Lapérouse Expedition. Led by Rear Admiral Bruni d’Entrecasteaux, it followed what were thought to be the expedition’s final movements. Sadly, the search made no findings and d’Entrecasteaux himself died in the attempt.

The Lapérouse Mystery: Clues And Theories 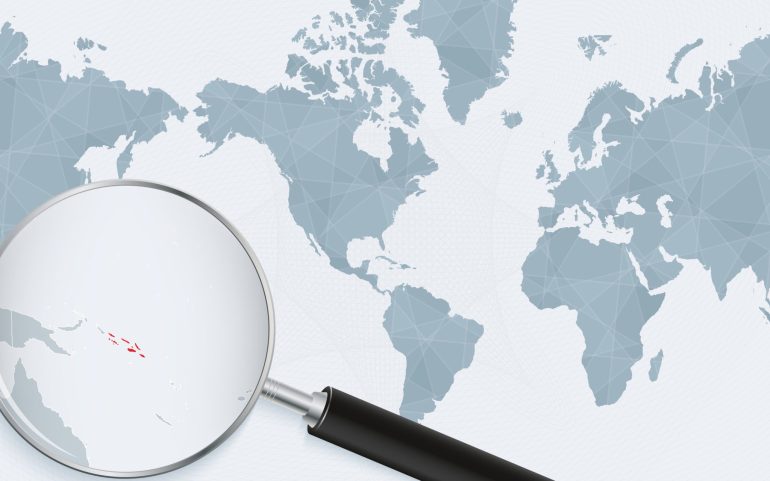 It was in 1825 that a Royal Navy Captain, Thomas Manby, discovered the first possible clue in the Lapérouse mystery. He reported rumours of a whaler coming across a tribe in possession of several items known to have belonged to Lapérouse.

A year later, Peter Dillon, an Irish sea captain, discovered that several swords likely to have belonged to Laperouse had been found on the island of Vanikoro, in the Solomon Islands. It was said that two big ships had sunk there years before. Sailing to Vanikoro, Dillon spotted various tell-tale items in the coral reefs, including anchors and cannonballs. He would bring these back to Europe, along with tales from locals. A picture began to emerge.

Dillon’s find would be verified by the sole survivor of Laperouse who would confirm them as coming from Astrolabe. That survivor was interpreter Barthélemy de Lesseps, who had disembarked the Lapérouse Expedition in Petropavlovsk. The shipwreck of the Astrolabe had been located.

It would be decades later, in 1964, that the wreck of Lapérouse’s ship, La Boussole, was finally discovered. There would be eight further expeditions to Vanikoro, including a recreation of Laperouse’s final journey, culminating in what is believed to be an account of what happened to the Lapérouse Expedition.

So what did happen to the Lapérouse Expedition? The story has been pieced together through clues. It is believed that first Boussole then Astrolabe were wrecked on the reefs of Vanikoro. It is thought that most, if not all, the crew of the Astrolabe perished. Virtually all of the survivors, probably from Boussole, were believed to have then been killed by islanders. Local accounts tell of some men escaping on a craft created from the remnants of the Astrolabe. Two men, described as a chief and his servant, were said to have lived on Vanikoro for some time after, but left years before Dillon’s arrival. Nobody has ever discerned the fate of any of these men.

Hindsight has elucidated several possible missed chances to save at least some of the crew of the Lapérouse Expedition. For example, it is said that the Entrecasteaux search party had sighted, but not approached Vanikoro, then uncharted, in 1793.

Another story comes from the 1989 book, Mutiny and Romance in the South Seas, by Sven Wahlroos. Wahlroos posited that there had been a missed opportunity to rescue the expedition’s survivors. Apparently, British ship HMS Pandora was passing Vanikoro on 13th August 1791 when its captain, Edward Edwards, spotted smoke signals rising from the island. Obsessed with a mission to search for mutineers, Edwards ignored the signals, which Wahlroos believed came from the survivors of the Lapérouse Expedition. 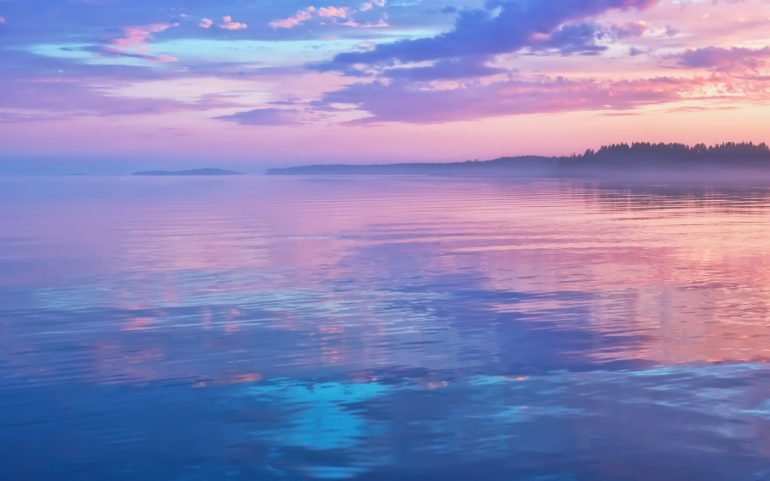 “A coral grave is a tranquil grave, and may Heaven grant that my companions and I rest in no other!”

So declares Captain Nemo of the death of Jean-François de Galaup comte de Lapérouse in Jules Verne’s Twenty Thousand Leagues Under the Sea. Whether or not one ascribes to this view, there is a sense of the importance of the man and his mission.

Although lost, the Lapérouse Expedition’s achievements were substantial. In addition to beautifully produced maps of then uncharted places, they sent back details of hitherto unknown cultures and civilisations.

Today, they are still commemorated by various monuments as well as places named after Laperouse. The best known is the Lapérouse Monument at Frenchman’s Bay, not far from the grave of expedition chaplain, Father Louis Receveur. The anniversary of Receveur’s death is marked as Lapérouse Day.