The Ancient Battery of Baghdad has intrigued archaeologists ever since its discovery. Was it the world’s earliest known battery cell? Or something more mundane? Read on to discover more about the Baghdad Battery mystery.

To the uninitiated, the Ancient Battery of Baghdad looks like a clay jar, albeit an unusual one with an iron rod protruding from its top.

To its discoverer, Wilhelm König, the function of the ancient artefact was obvious. It was an ancient Parthian battery. One created centuries before any other known examples.

The theory has since been hotly contested in academic circles, with many considering it “debunked”. So, what led König to this conclusion? And was he right? That is the root of the Baghdad Battery mystery.

What Is The Baghdad Battery?

The Baghdad Battery is actually a nested trio of artefacts. There is the small clay pot which, when found, measured 14cm in height, but would have been taller when it was complete. Its top, broken off, is believed to have been sealed with asphalt. Inside this was a copper cylinder, the second object, which in turn encased the third, an iron rod. The rod would have protruded through the jar’s stopper.

The Baghdad Battery is often called the Wilhelm König Battery, after the man said to have discovered it. A painter and archaeologist who would go on to become director of the National Museum of Iraq, König himself provided no details of where, when and how he came across the item.

It is generally accepted that the Wilhelm König Battery was found in what is now the locality of Khujut Rabu in the Iraqi capital of Baghdad. However, like much about this artefact, the details are unclear. For example, some think König unearthed it on an excavation in 1936, others that he found it in 1938 in the basement of Iraq’s National Museum.

One of the few facts not in dispute is that it came from somewhere near the site of the ancient royal city of Ctesiphon. However, its date of creation is another story. Ctesiphon was capital of both the Parthian and Sasanian Iranian empires. While König believed it to be a Parthian battery, dating it somewhere between 150 BC and 223 AD, more recent archaeologists have determined it to be Sasanian (224–650 AD). Even at the latter end of this date scale, this would still significantly predate what is considered the first ever description of an electric battery by Alessandro Volta on 20th March 1800.

What is certain is that König did publish a paper on the subject, “A galvanic element from the Parthian period?”, which was featured in the German journal Research and Progress in 1938. This is where he first put forward his theory about the purpose of artefact. So what convinced König that this was in fact an ancient Parthian battery?

Was the Baghdad Battery a battery?

The core of the Baghdad Battery mystery is whether the artefacts in question made up a battery cell. König, who first posited this theory, did not have any ancient writings on which to base it. To this day, no such records have been found.

So, what led him to the Parthian battery conclusion? He might have noted that the artefact had the two metals with different electro potentials. This together with an electrolyte are the main components required to make a battery. In support of this, there is evidence that an ionic solution – an electrolyte – might have been present in the jar. Tests on the corrosion on the item indicates that it probably once contained something like vinegar or wine.

Whatever the case, it is true that the Baghdad Battery as described can conduct electricity with the addition of such a solution. Around a volt or so of it. Had there been wires involved, the voltage could have been much higher.

In the event that the Baghdad artefact was in fact a battery, there are different ideas as to what it was used for.

What Could the Baghdad Battery have Powered?

Various uses have been proposed for the Baghdad Battery. Several civilisations have long used forms of electricity in medicine.For example, the Greeks found that placing electric fish on feet helped in pain relief.

One suggestion has been that the battery was embedded inside statues of idols, so as to “buzz” followers. A sort of religious magic trick. This was actually tried out on a 2005 documentary.

For his part, König believed the battery was used in gilding, the process of coating one metal with another. It’s known that such practices were happening at the time in jewellery making and other activities, but using more primitive methods. He theorised that the battery was developed to allow for the much easier process of electroplating. Critics of this theory point to the fact that there is no evidence of this process at the time or after it. Meanwhile, there is plenty of evidence of other gilding methods, especially mercury residue from its use in the process.

One of the main flaws of König’s theory relates to the potency of the Baghdad Battery itself. As it was, it could only produce around a volt of energy. Such low amperage simply couldn’t power very much. Certainly it couldn’t be used for gilding. As for wires increasing the power, none have been found and there is no evidence of ancient wiring knowledge. What’s more, one would need to constantly refill the electrolyte, which would have been incredibly difficult given the apparent asphalt stopper. This would have made it inconvenient.
However, the death knell of the theory, say critics, is the lack of any mention of such a device, either at the time or after. Surely such an advancement would have been noted. And, even if not, why was it not used by others or since?

If not a Battery, then what? The Scroll Jar Theory

Many believe the vessels of the Baghdad Battery once acted as storage for sacred scrolls. Not only are they visually similar to other examples of such containers at nearby sites such as Tigris, but it was found in a place that contained many such jars. According to this hypothesis, the iron rod would have had the scroll wrapped around it, which was then placed inside the copper tube. König even cited such scroll jars in his paper as being common at digs.

The idea of an ancient battery is an intriguing one. However, as many point out, just because it could have been a battery, it doesn’t mean it actually was one. And it is far more likely to have been used as scroll storage.

“In my opinion, the ‘magical container’ hypothesis is much more probable than the ‘power source’ claim. The latter is a ‘mystification by science’ (Thurnshirn 1986) of the object, which violates Occam’s razor.”

Sadly, there is now a new Baghdad Battery mystery, one that precludes, or at least severely hinders, the solving of the first. In 2003, it was looted from the National Museum during the invasion of Iraq. Today, its whereabouts remain unknown. 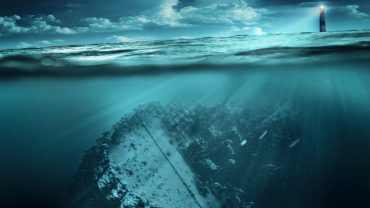