Kendo is so ingrained within Japanese culture that it was said former prime minister and 6th dan black belt Ruytaro Hashimoto set up a small dojo in the finance ministry building and was quoted as saying ‘the practice of kendo is associated with success.’ Read on to discover what is kendo, what is involved in kendo training and we’ll answer the most common question of all - what is a kendo sword called.

Kendo can trace its roots back to the ancient sword fighting techniques and disciplines of Japan’s famed samurai warriors.

Translated as ‘the way of the sword’, the aim of kendo is to use the traditional bamboo sword known as a shinai to strike an opponent on certain areas of the body. As the body is struck, the attacker must call out the name of the contact point which is then confirmed by the judges. The victor is the first person to score two points in a best of three competition.

In kendo, martial arts and Zen Buddhism work together for an exciting sport rooted in the influence and values of the ancient religion. 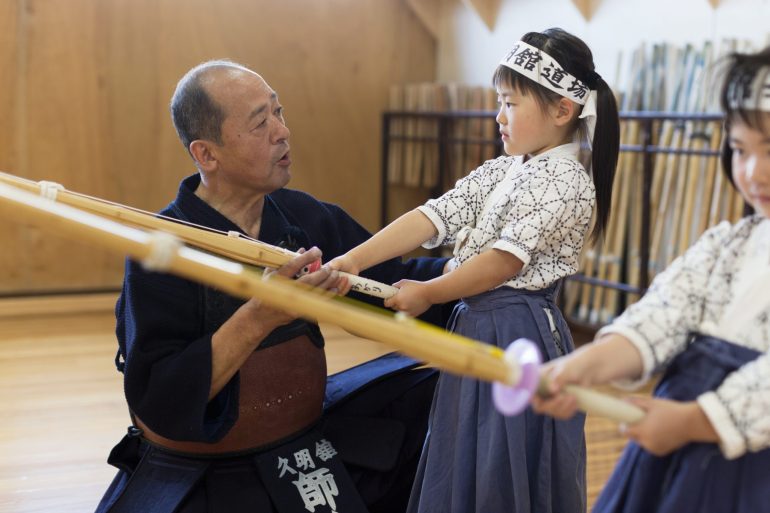 Children being taught the art of Kendo (Photo: DanielBendjy via Getty Images)

Kendo is the true embodiment of Japanese martial arts. It developed out of the art of kenjutsu – the catch-all term for Japanese swordsmanship. The kata (choreographed exercises emphasising form) that were created many centuries ago are still practised today, albeit with bamboo swords rather than lethal (and extremely heavy) razor-sharp iron or steel varieties.

As the samurai warrior class was disbanded in the nineteenth century there was a fear that traditional fighting disciplines would disappear in favour of the more common martial arts of karate, judo and jiu jitsu. In fact in the late 1870s it was a branch of the police force who standardised ten practice techniques – who became known as the ‘battotai’, or ‘Drawn Sword Corps’ – that redefined the answer to the question ‘what is kendo’.

This form of sporting sword fighting was known as ‘geikiken’ or ‘hitting sword’ until it was formally named kendo in 1920.

Kendo training is so important to Japanese culture that it is often taught in schools along with the martial art of judo. 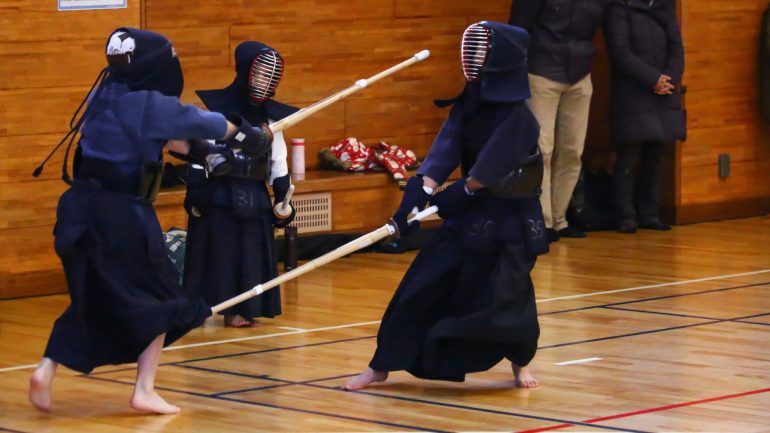 Kendo martial arts training has a physical element as well as a spiritual element based on the Zen principles of enlightenment and heightened awareness. The kendoka – those who practice kendo – seek to achieve physical as well as spiritual excellence.

The art of kendo is centred around striking and thrusting very specific targets on the opponent’s body. Kendo training is slow and methodical with speed being developed as the practitioner gets more experienced. As well as the physical attributes, kendoka are taught to read their opponent’s movements, anticipate mistakes and identify weaknesses.

The ten kata developed by the police force back in the late nineteenth century are the same used today – seven using the long sword and three using a shorter sword against the long sword. Matches take place in an arena measuring between nine and 11 square metres.

In a match, strikes are allowed to certain areas of the body, known as ‘datotsu-bui’ and this is where the kendo training comes in. The targets are the top, left and right sides of the head, the protected area running from wrist to elbow, the left and right sides of the body and the throat. Points are awarded for a firm, proper attack where the strike perfectly coincides with the attackers front foot striking the ground and a shout that displays good spirit.

Two of three judges must agree a point has been scored and the winner of the bout is the first to two points.

What is a Kendo Sword Called? 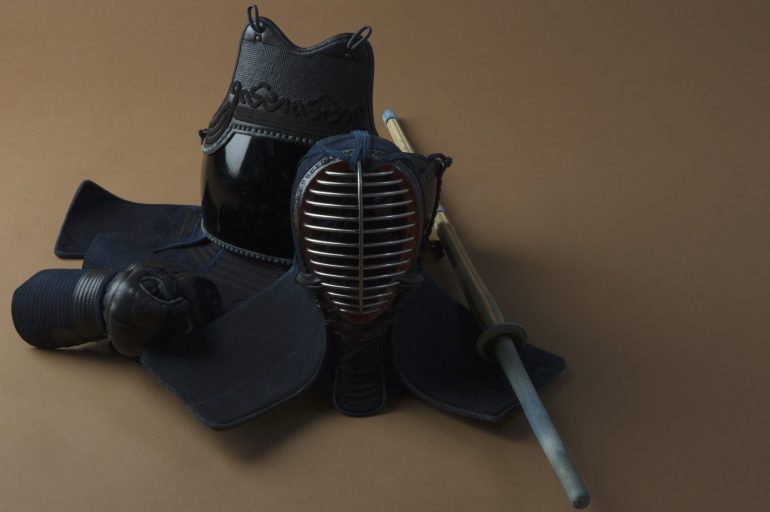 In kendo martial arts, the sword and the body armour are the most important elements of the sport.

A kendo sword is called a shinai. It’s usually made from four lengths of bamboo known as take. Sometimes they are also made from carbon fibre. A Shinai is fixed together with three leather straps – the handle wrapping (tsuka-gawa), the tip (saki-gawa) and the leather strip binding the four slats together (naka-yui).

According to international rules, the maximum length of the shinai is 120cm and the minimum weight is 510g.

The armour, or ‘bogu’, is less medieval European knight and more traditional samurai warrior, allowing for ease and flexibility of movement –

So now you know the answer to the questions ‘what is kendo’ and ‘what is a kendo sword called’, you’re ready to don your bogu, head off to the dojo with your shinai and learn to be a kendoka!